Long ago, a terrible war raged between two deities. Wielding magical weapons known as Furies, they sealed each other away and the remaining Furies were scattered throughout the world. Today, these ancient weapons are sought after by warriors known as Fencers. When a young man named Fang obtains a Fury of his own, he gains an unlikely partner, and the course of his destiny is forever altered…

A world of magic and adventure awaits you in Fairy Fencer F! Take charge of your destiny as you brave dungeons, defeat monsters, and travel the world to collect all 100 Furies. But be carefulâ€”the Furies are coveted by many Fencers, good and bad. Pray these powerful weapons do not fall into the wrong hands.

Fairy Fencer F is a unique game, and I wasn’t quite sure what to think about it when I started to play. The game revolves around your character the Fencer and the Fairies. Now when you think of Fairies you are probably thinking of TinkerBell, and while some do fit that mold most do not. Some are more familiar to animals, people, or even Robots. You and your Fairy are tracking down the mysterious Fury weapons spread throughout the world, so that you can save the goddess from the evil god.

The first major thing I noticed in Fairy Fencer F was the lack of a traditional RPG Overworld. Instead you have an essential menu system that gets you where you need to go. If you need to explore the town, the options are available to you in the menu including the store, inn, and even the town square. This streamlines the process of exploring empty areas, so you can spend more time on your quests to find the furies. This game was different from any other RPG I had ever played, but once I was a few hours in I realized that was great as I was in and out of town areas very quickly and back to focusing on the action. 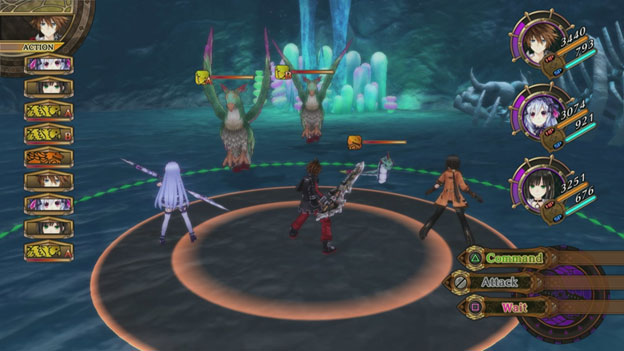 Once you are ready to leave the town you can go to explore the dungeons. This is where you get control of your character and get to explore each zone’s detail. Enemies are walking or flying around, always visible, and you can choose to try and avoid them or attack them. If you sneak up on them you will gain and advantage in battle, but if they get the drop on you they will have the advantage and hurt you badly before you can react.

This brings us to the new battle system in the game, which as far as I’m concerned is the most important part of any RPG. Fairy Fancer F features a turn based system that allows you to explore the battle field. You choose which attack you would like to use and make sure you are in range for it to hit the enemy. You can choose to do regular attacks, or use magic or items. If you are finding a battle particuarly difficult you can Fairarize. This skill allows you to combine with your Fairy on the battlefield, transforming you into a new, cooler looking, more powerful version of your character. You can only transform when your gauge is over 3/4 full and once you have used it long enough you will convert back to your normal mode.

I loved the sense of humor the game has. It doesn’t take itself seriously, which works great. The main character is quite lazy and motivated by food, which breaks the standard RPG main character tropes I’ve seen. It also quite frequently references other Pop culture mediums including other RPG, and even the power rangers. The game’s a lot of fun with a large unique cast that will make you enjoy the time with the game.

Things you may not enjoy are the tutorials. Every time the game wants to show you something new it pops up a new text based tutorial. They are almost always non interactive and not fun at all.To explain the concepts that they need to teach you, you get an overly wordy page, and sometimes multiple pages. I often found myself skipping through them to continue the game. It would have been great to make this more interactive, to help bring the player into the fold. I also found this is not ideal since I either missed info or some things were not explained. I was struggling early in the game, then realized in the menu that I could move XP around and improve my characters stats, add new powers, or make them attack more in their turns through Combos. Once I figured that out it made the game much easier.

There are 29 trophies in the game including a platinum trophy. It breaks down to 1 platinum, 5 gold, 11 silver and the rest are bronze. All of the trophies are hidden from view when starting the game, so every time I earned one I was jumping back to the PS3 menu screen to see what I did to earn itGoing from the trophy list, it seems that getting the platinum might not be hard, just time-consuming. I think you will find this for most RPG’s.

Fairy Fencer F was a unique RPG that I had the pleasure of playing. There are a lot of great things going on in the game including the battles, humor and the visual storytelling. It was a lot of fun and kept me entertained for hours. This is definitely a game you should be playing if you are a fan of great unique RPG’s.

You can purchase Fairy Fencer F from the PSN

This review is based on a PS3 copy of Fairy Fencer F provided by NIS America. 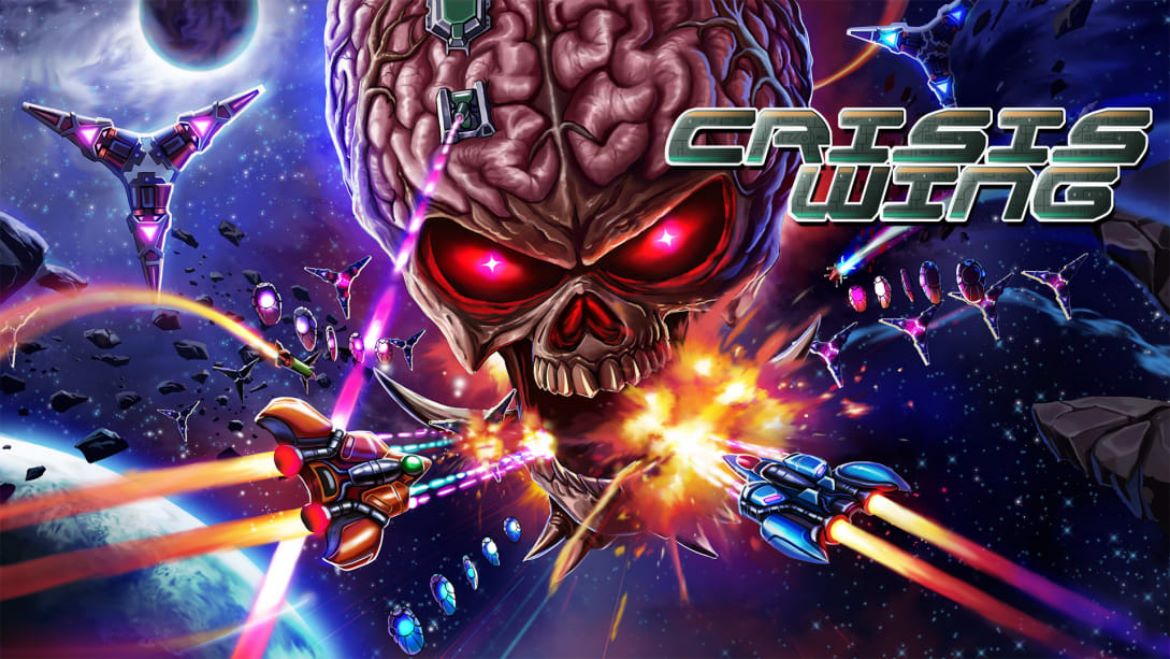