Persona 4 Arena Ultimax is a game I’ve been looking forward to from the moment it was announced. A sequel to Persona 4 Arena with more characters, more content, a new story mode, new gameplay mechanics and basically more awesome? Sign me up!

Persona fans (especially those of Persona 4) are going to LOVE the story mode for Persona 4 Arena Ultimax since it picks up directly after the events from Persona 4 Arena (which is actually a direct sequel to Persona 4). On top of that, cut-scenes are voiced by the same cast that did the last game and Persona 4 proper. To be honest, the Story Mode for Persona 4 AU even feels more like a visual novel since it’s extremely heavy on the story and light on the fighting. You can even have the CPU handle fights for you in this mode in order to continue enjoying the story. That’s really not a problem since the story is great, and it plays to the strength of the Persona series, and fighting fans have several modes to get their groove on. 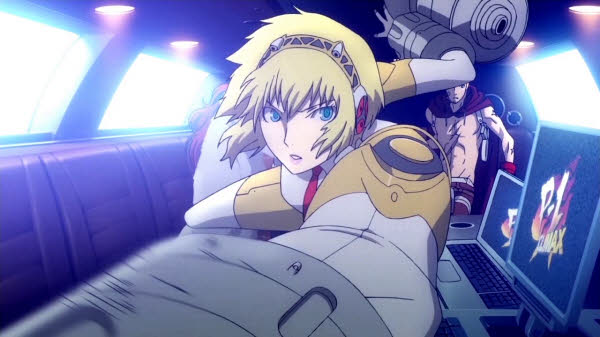 Along with Story Mode, you have the option of taking on Challenges, you can play on Arcade Mode, or you can take Golden Arena Mode for a spin. Challenge Mode is based on what was available for Persona 4 Arena, but luckily trophy requirements for this have been changed as to not be incredibly grindy. Arcade mode is just what you’d expect, with an experience similar what is offered for other fighting games. Golden Arena Mode is a meaty mode where you get to level up your characters (just like in RPGs!), improving your overall skills and attacks as you go. It is recommended that you take on this mode after playing everything else the game has to offer so that you are ready for a considerable increase in difficulty in comparison with everything else. 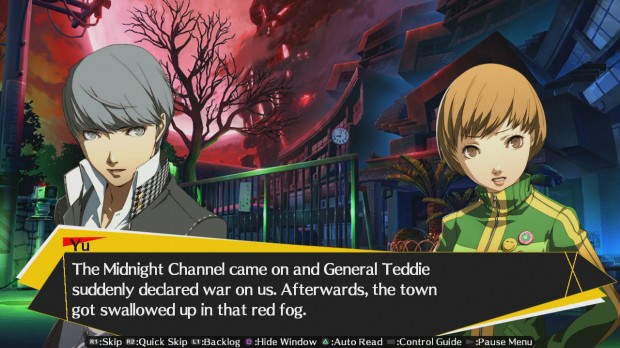 The fighting itself is tight, balanced, fast-paced and interesting, just as is to be expected of Arc System Works (creators of the Guilty Gear and BlazBlue series). Large and colorful characters that have been animated with care, crazy over the top attacks, and the inclusion of Personas in regular and special attacks and skills brings this full circle, making it a delight to fans of fighting game and of the Persona series. 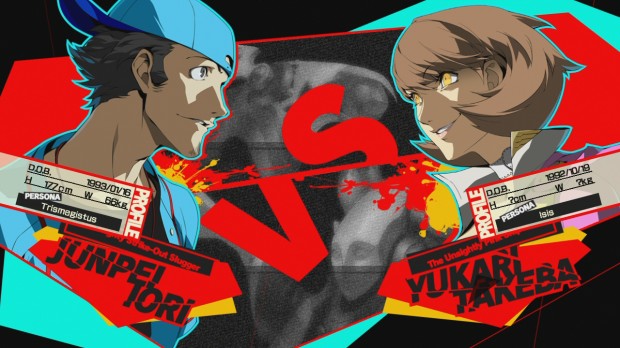 There are several characters new to this entry (and console exclusive at that versus the original release for Persona 4 Arena Ultimax on arcades), along with a new element to learn: Shadow versions of most of the characters. These Shadow-type characters are geared more for expert players because they trade several of the defense/counter skills available for regular characters in exchange for more hit points and dealing less damage… as well as having access to a special Shadow mode that grants players access to infinite SP for a short amount of time. Another extra is that for Shadow characters, SP rolls over to the next round, granting a small edge vs. regular characters (who see their SP reset between rounds). Like I said, Shadow characters are for expert players that know how to maximize the big changes, making the most of what IS available during matches. 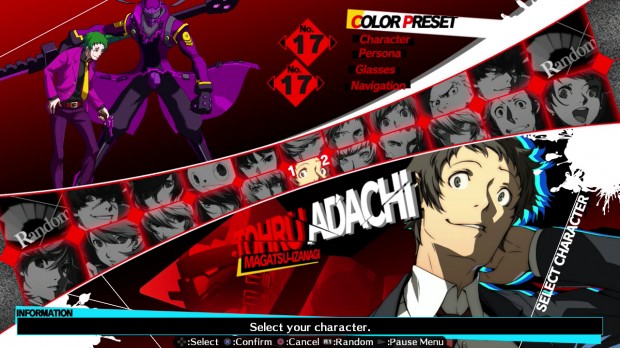 If you missed Persona 4 Arena you can purchase DLC to download the Story Mode for said game, thus allowing newcomers to enjoy the whole story in this polished Persona spin-off. And speaking if DLC, there are several pieces available at the PSN store, for everything from the aforementioned extra story mode to extra music (both free and paid), as well as extra characters, color palettes and glasses. Yes, extra pair of glasses as DLC, either separately or as a pack. 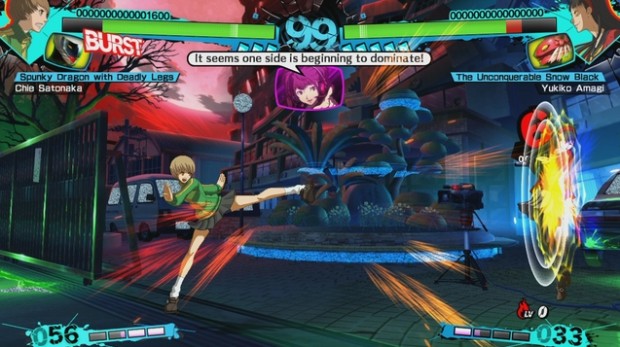 Persona 4 Arena Ultimax is a great sequel that rebalances things here and there while bringing lots of new content to the table. The excellent Story mode (which plays almost like a visual novel), the fun Arcade and Challenge modes and the interesting Golden Arena mode will keep you busy for dozens of hours as you master the skills and techniques of the newcomers, not to mention how the Shadow characters pretty much double the number of characters avaialble to players. There isn’t much wrong with Persona 4 Arena Ultimax, so if you liked the first one, if you’re a Persona fan, or if you’re looking for a charming, fast-paced and fun fighting game, then you have to play this one NOW.

Interested in Persona 4 Arena Ultimax? If so, why not buy it from our Amazon Store?