Koei Tecmo America contacted us to let us know that two Atelier games will be releasing early next year! That’s right, we are getting not one but two releases in the Atelier series for Playstation Vita and Playstation 3.

Atelier Ayesha Plus: The Alchemist of Dusk tells the tale of Ayesha Altugle, who after the death of her grandfather and the disappearance of her younger sister Nio, now lives alone blending healing cures to sell in her workshop. Upon a vision of Nio appearing near her empty grave, Ayesha, convinced she is still alive begins her search to save her.

The enhanced PlayStation Vita version will bring new features including dual audio, bosses from Atelier Escha & Logy: Alchemists of the Dusk Sky, new costumes, a hard mode and the Album missions which unlock exclusive costumes and gameplay features and the ability to change party members at any time. Additionally, almost all content from the original PlayStation 3 version can be carried over. Atelier Ayesha Plus: The Alchemist of Dusk for the PlayStation Vita will be available for digital download on January 13, 2015 for $39.99. This game has been rated T for Teen by the ESRB. 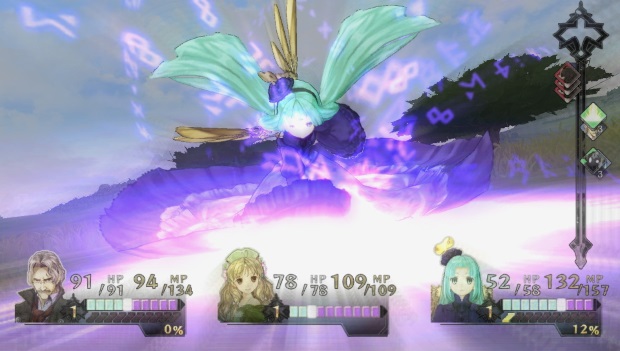 Atelier Shallie: Alchemists of the Dusk Sea closes the final chapter in the Atelier Dusk series and is the incarnation of features developed based on community feedback of the previous Dusk titles and new systems that combines ease of entry for newcomers, with the choice to advance gameplay for long-time fans. The battle system will incorporate strategy and speed, the time management system will be free from restrictions allowing for unlimited play time and Alchemy RPG fans can look forward to a straightforward menu in the engaging Synthesis system.

In Atelier Shallie: Alchemists of the Dusk Sea players chose to play as either the reserved, mission-focused Shallistera, daughter of a tribal leader who embarks on voyage to find a cure for her ailing father or ambitious, energetic Shallotte, who has been struggling to bring success to the alchemy workshop since the passing of her father. While their personalities and appearance are drastically different, they both share the nickname “Shallie” and uncover the reasoning why along each of their journeysâ€” the dual main character system has been improved with separate stories and multiple endings for Shallistera and Shallotte.

For the first time in the Atelier series, Atelier Shallie: Alchemists of the Dusk Sea will include a 360 degree camera, giving players more freedom as they explore a vast world map that has expanded greatly with many new environments that evolve based on how the player progresses. In the new Quest system players can either take on only assignments necessary to progress the game or earn more points engaging in additional, more challenging quests. Atelier Shallie: Alchemists of the Dusk Sea will available for the PlayStationÂ®3 computer entertainment system on March 10, 2015 for $49.99. This game has not yet been rated by the ESRB. 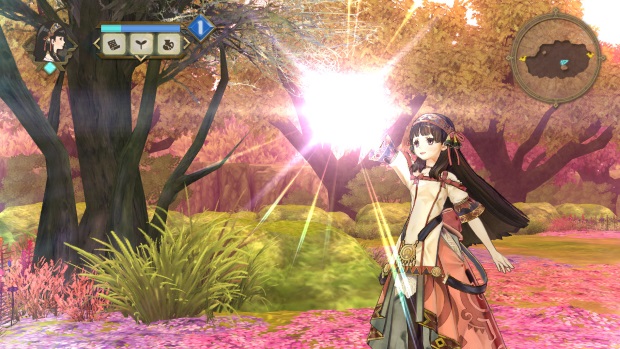 I’ve played some of the Atelier games, and I’m pretty excited to see that two new releases are coming soon! Have you played any of the games in the Atelier series? Will you be buying these two?

Halloween Contest 2014 – Vote for the winner!