Aqua Kitty â€” Milk Mine Defender DX is an arcade aquatic shooter (think a space shooter, but underwater) in which you must help your precious miners to salvage milk from the bottom of the seas. Since the world is in crisis because of a milk shortage, your goal is to rid the sea floors of the strange creatures that are trying to abduct your miners.

Due to a sudden shortage of milk, cats around the world are forced to seek out new sources to get their fix. You and your team of milk mining kittens have overcome a fear of water to drill down under the ocean seabed and begin extracting vast reserves of what seems to be naturally forming full-fat milk.

Thanks to its relatively simplistic nature, getting the hang of Aqua Kitty â€” Milk Mine Defender DX is very quick. You can move to the left or the right and must destroy every enemy that appears. Some enemies can even abduct your miners out of the sea floor, and when this happens, rescuing them becomes the top priority, because if all miners are abducted you lose. Some levels at the end of each zone also contain powerful bosses that require some thinking on your end before you can take them down! 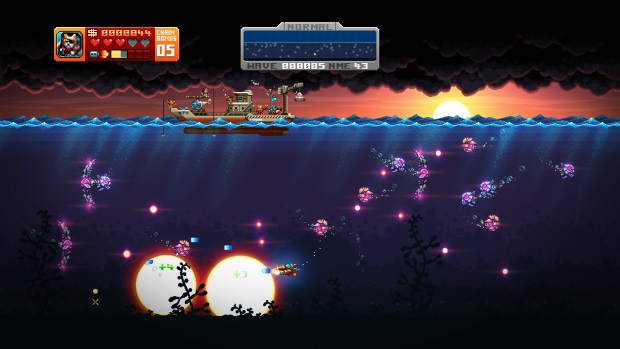 The levels are small and usually span two or three screens at most, but donâ€™t think that this game is easy because of that! In fact, as you progress, youâ€™ll notice that the levels become crowded with enemies. In the second half of the game, some levels become really hard with tons of bullets that must be dodged while destroying every enemy. To help you a bit, a turbo attack is available when pressing the circle button, but this must be charged to keep you from continuously using it. A few power-ups are also available, and they help a lot on those harder levels. 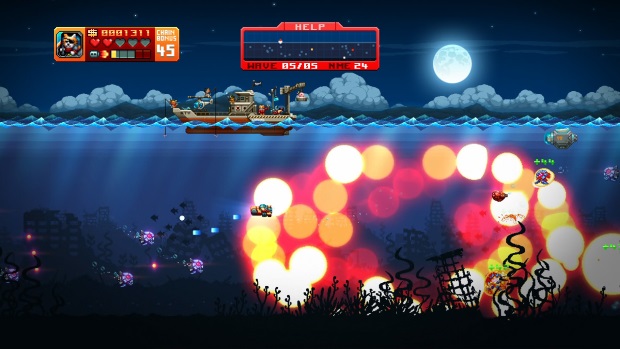 The difficulty as a whole is totally fair, and I managed to get quite far in the game in my first sitting. I also tried a second game in â€œeasyâ€ mode to determine if there were any differences between that and normal, and I can confirm that on easy you get five full hearts of health and enemies are a bit weaker. 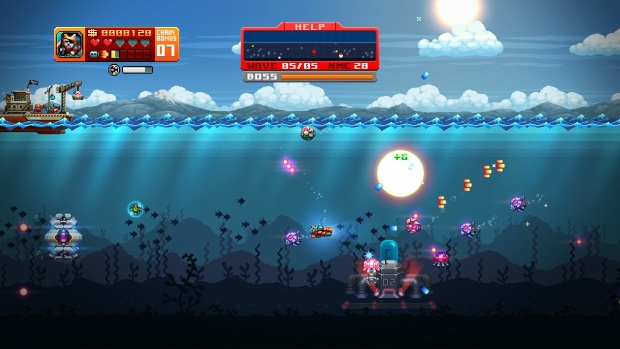 Final Thoughts
Aqua Kitty â€” Milk Mine Defender DX is a pretty cool aquatic shooter, and it is easy to get the hang of things. The difficulty is fairly balanced, and the bosses are fun to fight. The game is short and can be completed in a few hours, including getting most of the trophies.


This review is based on a digital copy provided by TIKIPOD LTD. 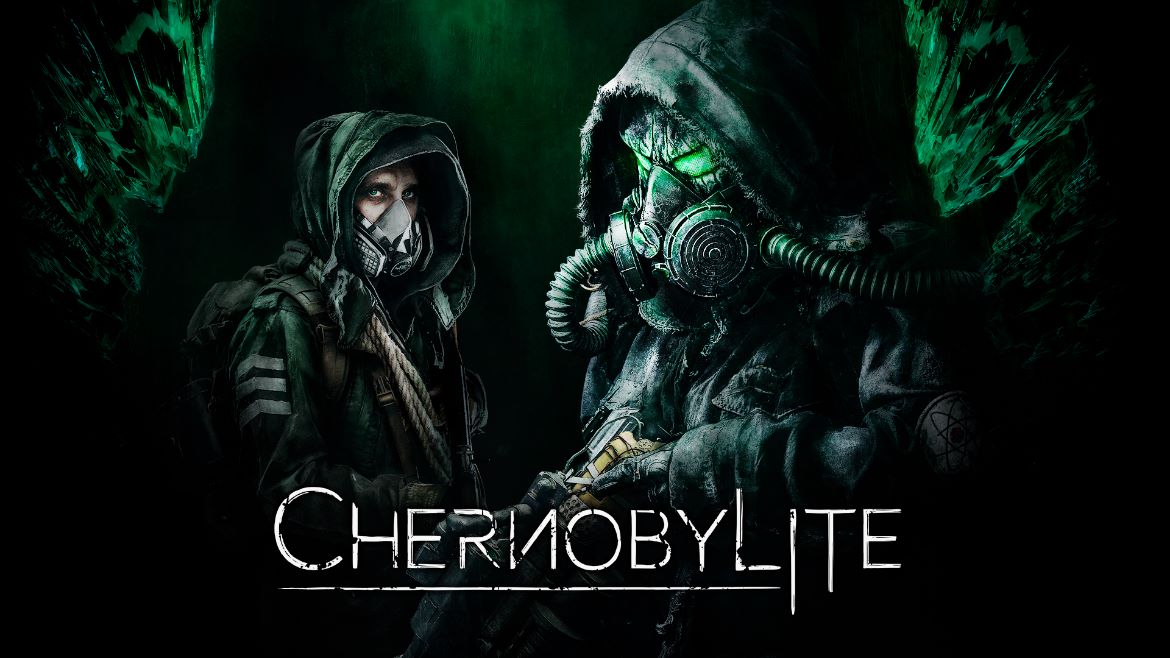 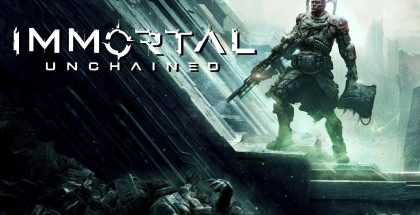