Tales from the Borderlands is an interactive game set in the Borderlands universe, and it tells the story of Rhys, a Hyperion employee, and Fiona, a citizen of Pandora. As the story unfolds, youâ€™ll notice that control sometimes switches from one character to the other, giving you two points of view for the very rich story that will unfold in this episode and in later ones.

Like all good tales, thereâ€™s more than one side to a story. Especially one about a Vault key, the Hyperion Corporation, bandits, loot, gangsters, Vault Hunters, secret Atlas tech, explosions, getaways, extortion, betrayal, and mayhem.

Set after the events seen in Borderlands 2, Tales from the Borderlands is about Rhys, a Hyperion company man looking to become the next Handsome Jack, and itâ€™s also about Fiona, a Pandoran con artist out to score the biggest of all swindles.

Lured into danger by a Vault key and all it promises, the unlikely duo are thrown together with a common goal and a huge amount of mistrust. Who is telling the truth, and why is it important?

Thatâ€™s up to you to decide.

Tales from the Borderlands – Launch Trailer

Since this is the first episode of five, it sets the foundation for the entire season. Youâ€™ll spend some time following either Rhys or Fiona, each one moving down a slightly different path towards the same goal. I didnâ€™t play a lot of the other Borderlands games, so I can confirm that this game can be played without particular knowledge of the Borderlands universe. The game is also very funny, and some cut-scenes are hilarious and made me actually laugh out loud! 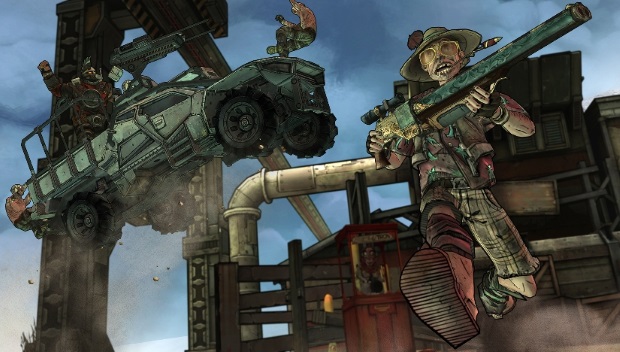 About the game engine, this one is a big step forward for the Telltale engine… the slowdown issues that plagued other PS3 games in Telltales series has almost been completely fixed! There is still a few minor slowdowns in some specific moments, but itâ€™s a HUGE improvement over the constants slowdowns that plagued the previous games from the developer! The loading times are also fair and appear when changing sections, so theyâ€™re not an annoyance.

I took around two and a half hours to play through the episode, and I explored a lot. I think that this episode could be played faster, but it wouldnâ€™t do it any justice as it offers so much to discover! Trophies are all story related meaning theyâ€™re awarded automatically as you progress. I like this very much as it leaves me with the pleasure to play the game the way I want without having to resort to a guide to make sure I didnâ€™t miss an important answer to unlock a trophy. 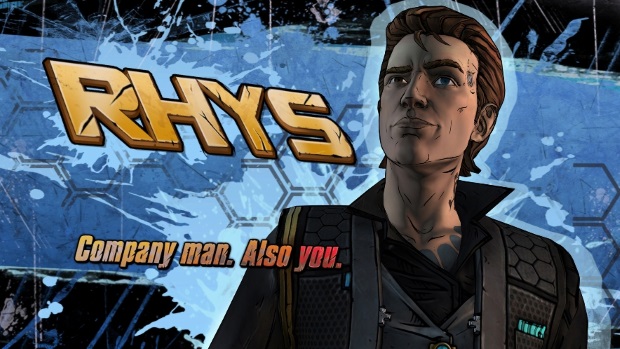 I already mentioned in earlier reviews that I became a true fan of Telltale Games a long time ago, when I played their Back to the Future game. I since have played each one of their games, and they keep getting better each time! This time, the balance between action, quick time events, and humor is perfect and left me wanting to play the next episodes right now! Like earlier games, the experience is tailored to the choices we make, so we can expect a slight branching in future episodes depending on the choices we make here. 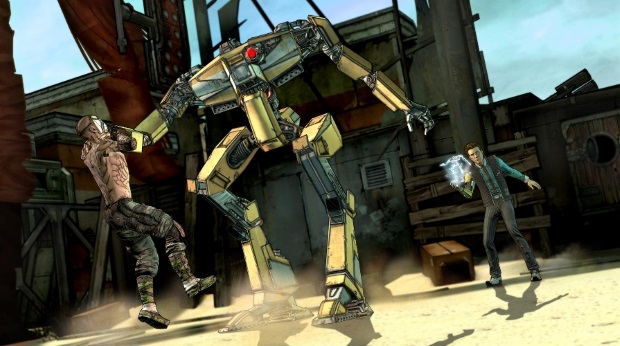 I loved the first episode of Tales from the Borderlands, and I canâ€™t wait for future episodes to be released!