Are you affected by the removal of the YouTube App on the PS Vita? 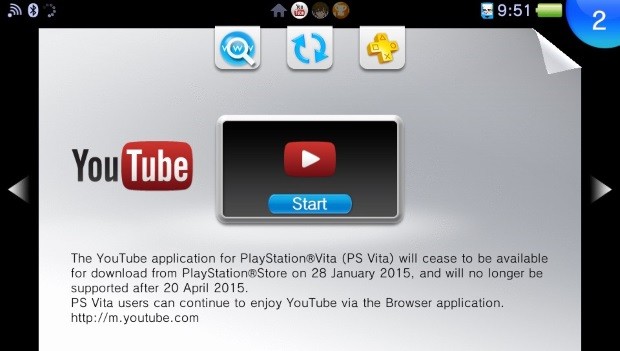 Like you probably already know (or as you’ve just learned from this post’s title), Sony recently announced that they would remove the YouTube app from the PS Vita along with other under-performing apps, namely Near and Maps, in a future software update.

I use the YouTube app on my Vita on a DAILY basis, and one of my friends only boots up his Vita to watch his YouTube subscriptions. I admit that I prefer the Vita version of the YouTube app over the one available on my smartphone.

Once the application is gone, we will still be able to watch YouTube videos in the mobile version through the Vita’s web browser. I tried it, and while it’s not as perfect as the application was, it still was a decent experience. With Netflix, Crunchyroll and PS4 Remote Play, I thought it was somewhat clear that this console was excelling as a streaming device, and it saddens me to see that one of its best apps is going away.

What are your thoughts on the removal of this application? Did you use the application regularly?