Besiege castles and raid villages in this 12 player online experience which truly feels like a medieval battlefield! As a fresh take on the first person combat genre, we invite players to trade in their guns and grenades to test their mettle against cold hard steel.

â€¢ Wield an arsenal of 60+ brutal weapons ranging from broad swords and battle axes to longbows and javelins.
â€¢ Switch between the intense combat of first-person to the tactical view of third-person anytime during battle.
â€¢ Team tactics and strategy bring players together to batter down gates and assassinate enemy royalty to achieve victory.
â€¢ Use a variety of siege weapons ranging from catapults, boiling oil, ballista, battering rams and more.
â€¢ Deep melee combat system provides players with a range of responsive combat options.

Chivalry: Medieval Warfare is a release that takes First Person games in an entirely new direction treating us to a change from the usual, giving us access to a medieval setting, with classic weapons that help to take us back in time. When you boot the game up, it’s hard not to think about Skyrim as the First Person setting is very familiar. As I mentioned earlier, the game came out previously on PC a few years ago, and in that time it has developed quite a following and fanbase. 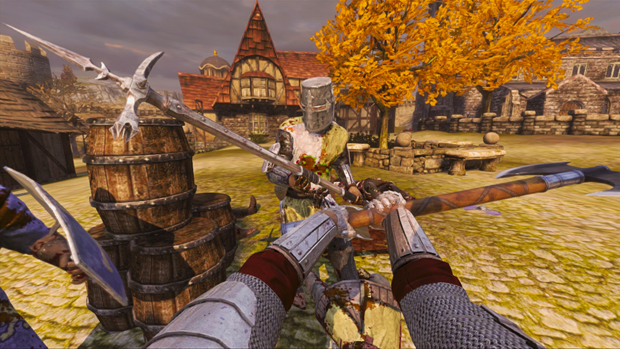 When you start the game up, it gives the option to jump into the multiplayer action or go directly to the training mode. Since most of you might be new to a first person medieval game like this, you definitely need to jump right into the training mode, as this mode does a good job in showing you the ropes. When I first saw the controls laid in front of me, they looked overwhelming. However, the training did a good job teaching me the battle techniques, siege weapons, and the different classes available to you. Unlike other multiplayer shooters out there, Chivalry does not include a single-player campaign. Once you finish the training, you are thrown right into the multiplayer arena. To be honest, the game could have benefited from a single player mode that could help you refine your playing skills as you get ready for the challenge of the more difficult online matches.

So here is one of my first issues come into play. I think this game probably plays better with a mouse and keyboard than with a Dual Shock 3 in hand. The controls make it hard to focus on one person as you are darting the stick around to keep up with the action around you. At least there is quite a bit of depth to the fighting including multiple slashes, blocking, faking attacks and combos to help take your opponents down. 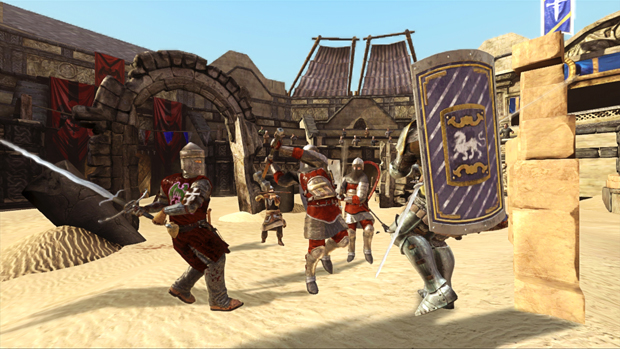 Another disappointment with the game is the graphics. The character models and world seem a bit lifeless. One of the great things about First Person Multiplayer games is the typically gorgeous art used to build large and interesting worlds. I did like the kill cams in the game after you are defeated. Often there were piles of gore after my head had been lobbed off, which reminded me of the slow motion Fallout 3 kills. I also found that the game would chug a bit, with the frame rate not being able to keep up. I have to wonder if this would have made more sense on the PS4 since the system is more powerful and on a similar architecture that would make the game look actually quite good. I did enjoy the sound in the game with some interesting voice work. There were some characters that made me laugh, so it was good to see stronger voicework in the game. 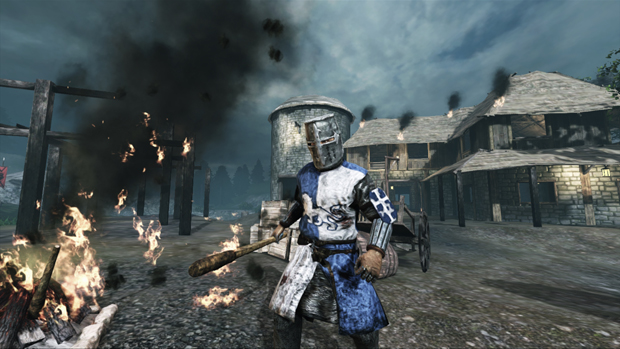 There are 41 trophies in the game available. It includes a coveted Platinum trophy, five gold trophies, and five silver trophies. Due to the nature of the game, all trophies are for multiplayer so you will need to get good at every class, and spend a good amount of time grinding and developing your character to get the platinum. Not hard per se (depending on how good you are), but definitely time-consuming.

There are a few redeeming qualities for this game on the PS3, but I do think it’s real home is no PC, where it unquestionably plays better according to research. If you are looking for a new game experience and are tired of other shooters on the market, then give this game a chance. It has some flaws, but the price is good at $14.99. I still would have liked to see this experience on the PS4, as with some more care we could have had a winner on our hands.


This review is based on a copy of Chivalry: Medieval Warfare provided by Activision.