Aksys Games got in touch to let us know that Tokyo Twilight Ghost Hunters is now available for players to purchase at retail or from the PSN store for PlayStation 3 and PlayStation Vita. We’ve been waiting for this visual novel/statregy game to make its way here for a while, so we’re definitely thrilled about finally being able to play it!

Tokyo Twilight Ghost Hunters is a strategy/visual novel game set in the bustling city of Tokyo. As a newly transferred student at Kurenai Academy, youâ€™re given a tour of the school by the class president. Things suddenly take a turn for the eerie when a mysterious ghost appears in front of you! Before you can blink, a strange woman in a suit approaches and asks you to join a ghost hunting team called Gate Keepersâ€¦ 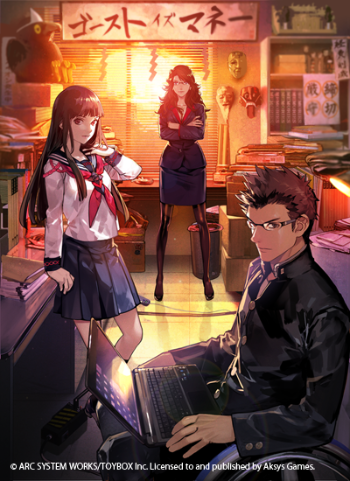 Are you buying Tokyo Twilight Ghost Hunters? Which version will you chose? Let us know in the comments below!

New Trailer for Tales From the Borderlands – Atlas Mugged