Arc Systems is at again, bringing another unique fighting title to the PS3. Are you ready to take on the hollow night?

From the companies behind Guilty Gear and BlazBlue comes Under Night In-Birth Exe:Late, an all-new 2D fighting game for the PlayStationÂ®3! UNIEL strikes the perfect balance between accessibility and depth, offering an experience that both fighting game veterans and those new to the genre can enjoy! Choose from 16 unique characters and join them in their perilous journey through the Hollow Night.

Under Night In-Birth Exe:Late offers a unique fighting game experience by harnessing the power of the ‘GRD’, a unique system that can help you turn the tide of battle. Attack aggressively and be rewarded with stronger attacks and a slew of abilities, giving yourself the edge in combat!

Download your copy of Under Night In-Birth Exe:Late today!

Under Night In-Birth Exe:Late is the newest fighting game to come from Arc Systems Works, who also have created Guilty Gear and Blaz Blue. With this pedigree they have to be creating another great fighting game, right? 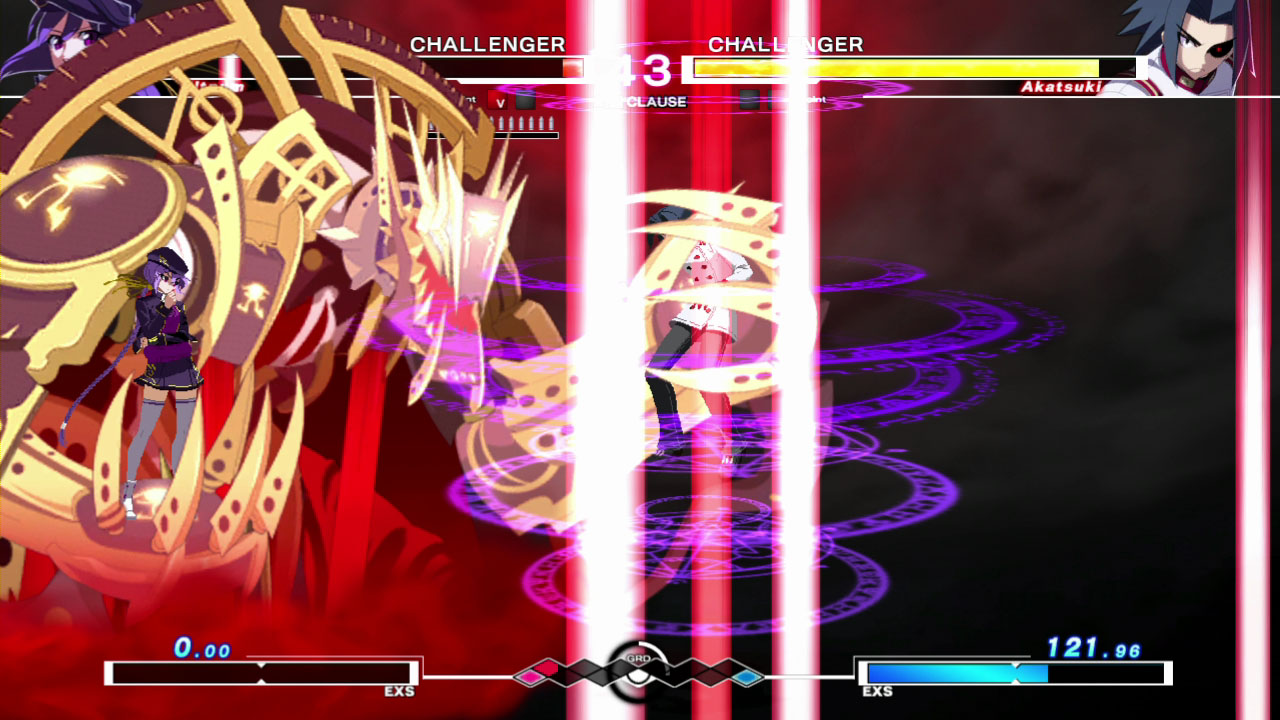 If I had to pick a relate-able story from a different game, I would pick the Persona series. It’s not quite the same, but gives off the same modern vibes with kids that have cool powers. Here’s the problem with this story and maybe fighting games, in general: it’s very difficult to tell a proper story in a fighting game. There is no intro to the story in the game per se, and you have to play story mode with each character to get the bits and pieces of the overall story. While I feel the story could be great, and I could get into it, there is just not enough to be invested in here. Mortal Kombat 9 and Injustice: Gods Among Us both managed to tell compelling stories by having one story mode featuring multiple characters focusing on one narrative. It would be great to see Arc System Work try to use this method in their storytelling. The game has a story I want to like, but the delivery is lacking, leaving me (and I’m sure other people) confused.

At the heart of every good fighting game, is a great fight system. To no one’s surprise, Arc System Works has pulled through again! The game uses what I’m sure is a modified engine from a prior game, and that makes slipping into it very easy, without having to focus on the training mode. The action is quick, and the combos are huge. It was very easy to pick up and play the game, as most character operate similarly to other fighting games. But as you take your time with each character and learn their special moves and abilities you can get better overall, putting the computer to shame. 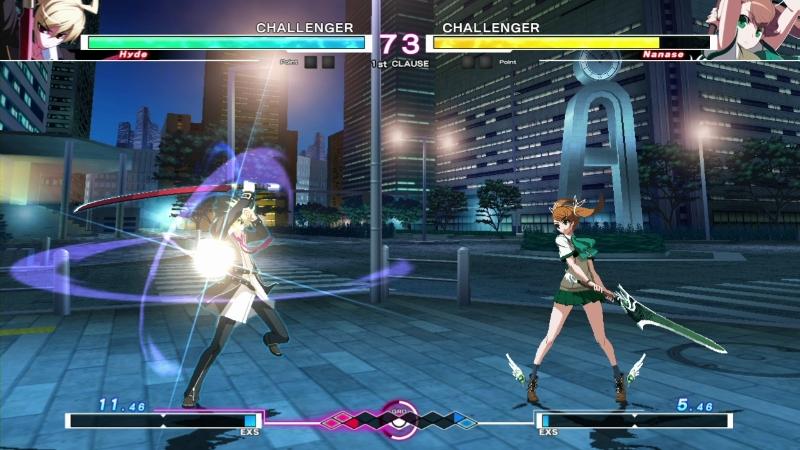 There is a Meter at the bottom called the GRD meter. It seems to fill up with focus on either player, granting them extra damage bonus and giving players the ability to chain shift. It’s almost best to think of it as a match of tug of war as both players try to gain control over it. Other than that, most of the fighting game mechanics in the game are what you would be used to seeing.

The game looks gorgeous with hand drawn art. Each character is really distinct each with their own look and neat design. Some of my favorites were Hilda, who uses her dress as a weapon creating cool sword projectiles out of it, Hyde, the main character using his awesome sword to launch cool combos, and Carmine, who uses his blood as a weapon. Once again Arc System Works has found a great way to have a great varied, unique stable of characters. 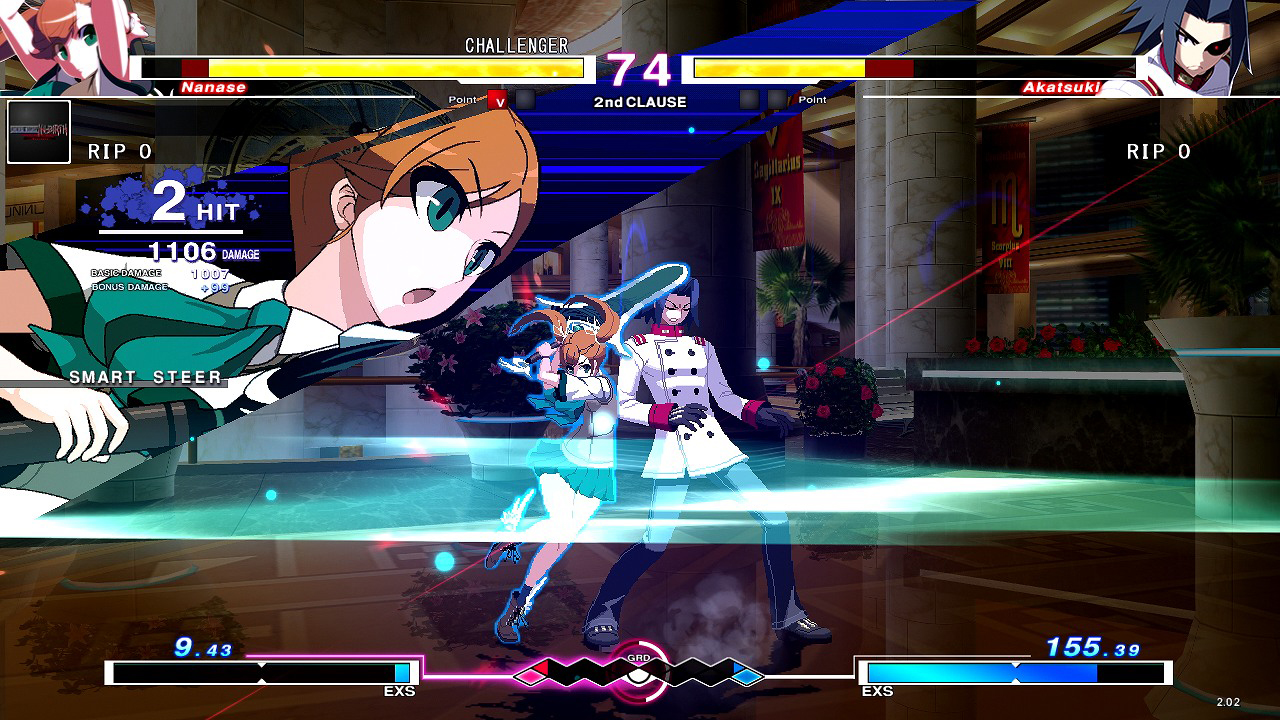 There are 53 trophies including one Platinum, 3 Gold, and 3 Silver. Some are very easy to unlock, however with most fighting games a lot are very skill dependent. It will take some good serious time and some effort, but you achieve the platinum trophy.

Arc System Works created another great fighting game! The game is smooth, with great visuals. Each character has a unique flair, which is necessary to make the game unique and compelling. The major issue with the game is the way the story is told, there is a compelling story to tell, but the game lacks a good medium to tell it. Overall though this is another great fighting game that enthusiasts should play.

[review
pros=”Sprites look great
Unique sets of characters
Fast Paced Battles” cons=”Story could have been great, but lacked the medium to tell it” score=90]

You can purchase Under Night In-Birth Exe:Late from the PSN store


This review is based on PS3 copies of Under Night In-Birth Exe:Late provided by Aksys Games.