[Vita Review] Atelier Ayesha Plus: The Alchemist of Dusk

Atelier Ayesha Plus: The Alchemist of Dusk brings us a new take on the original Atelier Ayesha game released on PlayStation 3, allowing us to enjoy some good RPG action on the go. But this being a â€œPlusâ€ release, weâ€™re not just getting a straight port from the source, weâ€™re getting much more.

The enhanced PlayStation Vita version of Atelier Ayesha Plus: The Alchemist of Dusk brings new features including dual audio, bosses from Atelier Escha & Logy: Alchemists of the Dusk Sky, new costumes, a hard mode and the Album missions which unlock exclusive costumes and gameplay features and the ability to change party members at any time. Additionally, almost all content from the original PlayStation 3 version can be carried over.

And now, letâ€™s get down to it. Atelier Ayesha Plus: The Alchemist of Dusk follows the story of the titular Ayesha Altugle, a young girl who works at a herbalist workshop along with her sister Nio. But then one day, Nio mysteriously disappeared while she was visiting some ruins, which completely devastates Ayesha. 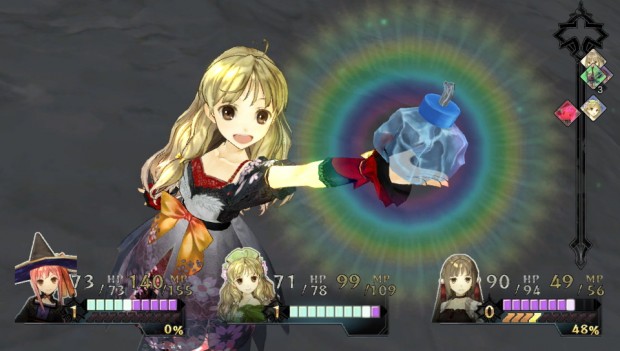 All hope seemed to have been lost until one day Ayesha is visiting her sisterâ€™s grave (located inside of the ruins from which she vanished) and Nion somehow appears before her! Ayesha canâ€™t hear what her sister is trying to say, and before she can get any closer, she vanishes right in front of her eyes. Ayesha canâ€™t understand what is going on until a stranger arrives at the scene and finds a perplexed Ayesha, who wants to know what is going on. Is Ayeshaâ€™s sister forever gone and is her mind playing tricks on our young adventurer, or is there more to learn about what happened to her sister?

Turns out that the stranger – Keithgriff Hazeldine – does have a solution for Ayesha’s problem: she must become a master alchemist in order to save her sister, but she must hurry and complete her training before it’s too late, and Nio is gone for good. Are you up to the challenge? Can you help Ayesha become the best she can be in order to save her sister from whatever she’s been held?

Atelier Ayesha Plus: The Alchemist of Dusk is the first of the Dusk trilogy of Atelier games, taking place in a new world instead of returning once more to Arland (where the first trilogy of the last set of Atelier games takes place), but this being an Atelier release means that some of the usual elements are still part of the series charm. Players will still need to explore new areas, and every time you move to a new location a specific number of days will be spent, meaning that you must balance the potential payoff for searching for extra items, alchemy ingredients and treasure and making sure you have enough time left to complete one of the many main quests and side quests available since if you spend too much time exploring you will miss out on several great opportunities. 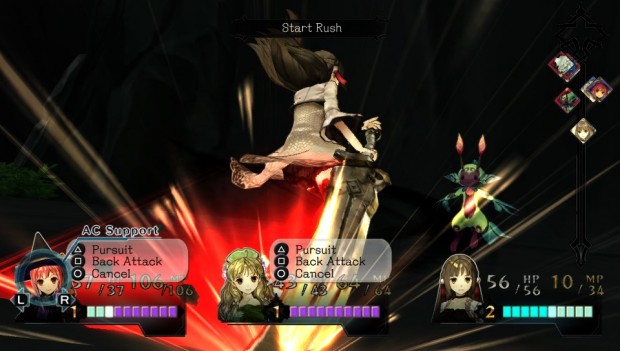 The battle system is very refined and offers chances to defend and counter the attacks of your enemies as long as certain conditions are met, and this being a turn-based combat system means that players will be able to plan every single battle properly as much as possible in order to live another day… especially during the tough boss fights that will test your skills.

Since this is an Atelier game, Alchemy plays a big role in your adventure and you must learn how to synthesize new ingredients and items properly by using what you find on the field or even buying them from stores. Some of the things you make can be used to increase your odds of survival, either by recovering your hit points or by serving as a powerful attack that can turn the tide of battle in a second.

An interesting element is how Ayesha writes important about events in her journal, or at least she does when prompted to do so by players. Every entry in her journal grants players a nice boost or two to their stats, or perhaps even some special items! But in order to write an entry in her journal, Ayesha needs to have enough points to do so. Points can be awarded for several tasks and quests, but the most important way to obtain extra points is by talking to NPCs to shown that you care about how they’re doing. 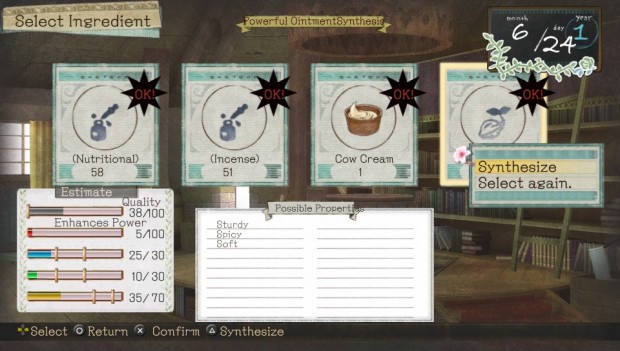 You probably know by now that I really like the Atelier series, so playing Atelier Ayesha Plus: The Alchemist of Dusk was a treat. The improvements made over the original PS3 release, the extra content and having this huge RPG on the go make it very easy to recommend this portable release from Koei Tecmo America.

This review is based on a PS Vita version of Atelier Ayesha Plus: The Alchemist of Dusk provided by Koei Tecmo America.