Krinkle Krusher is a tower defense game developed and published by Ilusis Interactive Graphics. Krinkle Krusher is the first console game by the Brazillian games studio, but they have previously made games for the mobile phones and tablets such as Skyrise Runner and Soccer10.

* Full Platform Cross-Buy: Purchase the game once and receive all three PlayStation versions: PS4â„¢, PS3â„¢ and PS Vita.
* Three different combat areas: the Castle Walls, the Putrid Swamp, and the Magical Forest.
* Help the Mage and his assistant Mitty to defend 60 different locations in the kingdom.
* Battle massive bosses, learn their attack patterns then defend with spells to show them you are the greatest mage on Earth.
* Discover various spells and use them in combination to create magical defenses around the battleground.
* Acquire gem stones to improve your spells and turn them into deadly weapons.
* Use five different items to improve your chances to survive during frenetic battles. 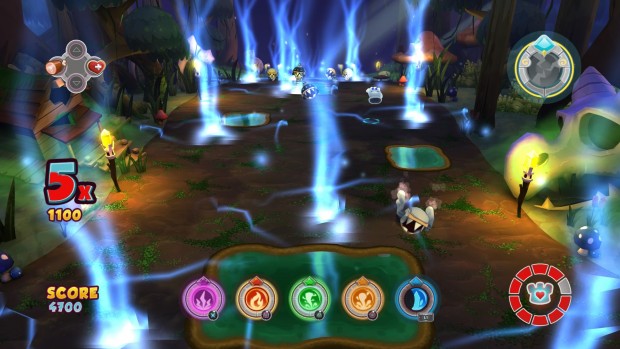 The party has already started in the Kingdom, and everybody has got the chance to eat the delicious cake made from the fruits of the ancient tree! This has caused a very big problem to arise. An army of dangerous cake hungry Krinkles has awakened from their slumber due to the scent of the gorgeous cake. Now a mage and an enchanted white magical glove have the task of saving the day and eradicating the fiendish cake-hungry Krinkles, thus restoring peace to the entire Kingdom.

Krinkle Krusher is a cute single player tower defense game in a medieval setting. Players are tasked with defending the castle from the crazy cake-hungry Krinkles. There are a few types of Krinkles for you to defeat, some of which are easier than others. 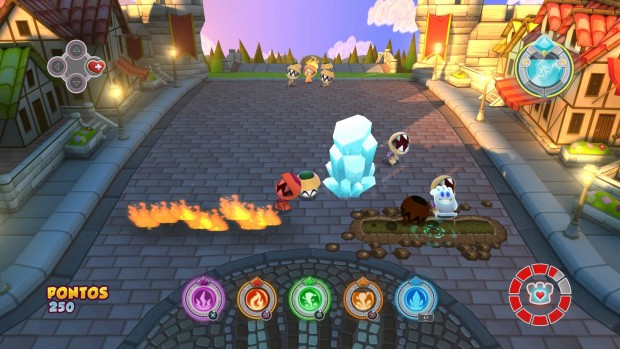 The game has many levels to enjoy, and you are rated on a three gold star system based on your score – the higher your score, the more stars you earn. Can you win all 180 gold stars across all levels? If you manage to three-star a level, you are awarded a blue diamond. Collecting ten blue diamonds will allow you to unlock the mage room, and you’ll then be able to use all subsequent blue diamonds you earn to upgrade your spells and castle (there are five spells for you to upgrade). 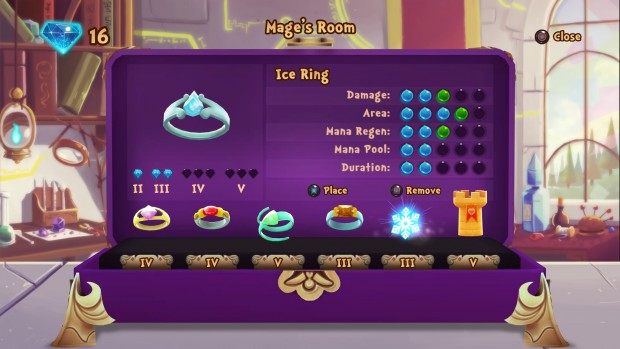 The earlier levels can prove quite challenging as you only have one or two spells at your disposal. The energy bolt is your strongest spell, and you will probably use that one the most, but it only attacks a single krinkle at a time. The second spell you get is the firewall, which can burn the krinkes, but it will not kill them immediately, so you need to think fast and plan your attacks. A word of warning: do not overuse your spells as doing so will break them, and they will require 20-30 seconds to recharge. Use your spells wisely!

In later levels, you will come across elemental krinkles that are resistant to certain spells, so careful planning is required not to use spells certain krinkles can resist. For example, do not use the energy bolt on electricity-resistant krinkles! Same goes for fire resistant Krinkles, but there is also a bit of strategy thrown into the mix: if you try to attack a Krinkle with an element they resist, they get bigger and bigger. At that point, once you defeat said Krinkle, it will explode and kill any other Krinkle near it, which is great for scoring more points thanks to the multiplayer. 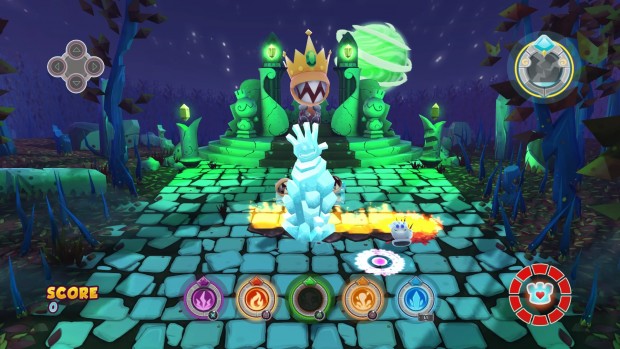 On the bottom right screen is the castle’s life meter, and once it depletes it is game over. Be sure not to let too many krinkles slip through! After each set of twenty levels, a boss will attack you. Can you defeat the bosses and restore the kingdom back to its original glory?

The length of the game is very much dependent on skill, and if you want to get three stars on all levels, then I guarantee you will be replaying levels a few times, especially the earlier ones. The game can become a bit repetitive after a while, but that’s pretty much true for all tower defense games. Krinkle Krusher is perfect for those who love the tower defense genre, and it will grant players 13 trophies to earn (nine Bronze, three Silver, and one Gold), keeping us coming back for more.

This review is based on a PS3 copy of Krinkle Krusher provided by Ilusis Interactive Graphics. 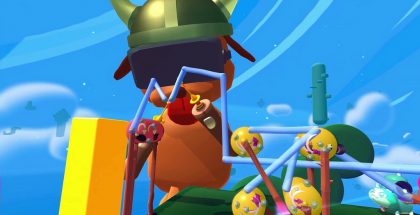