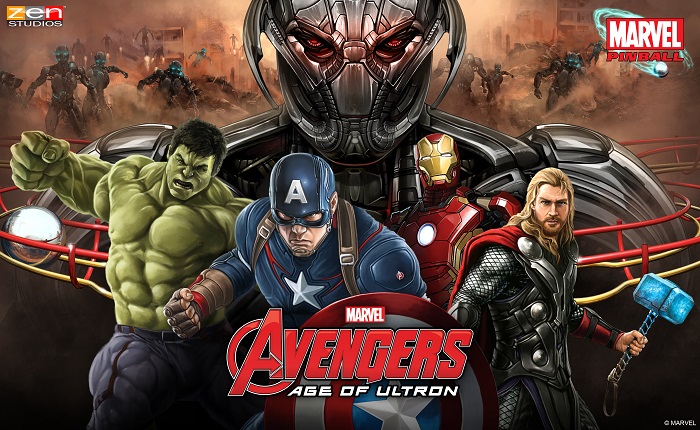 Zen Studios has announced they are working on a special table for Avengers: Age of Ultron which they plan to release on the Zen Pinball 2 and Marvel Pinball platforms. As you can imagine, this new table is based on the soon to be released Avengers: Age of Ultron movie, and going from the previous avengers table, we’re probably in for a treat.

The Marvelâ€™s Avengers: Age of Ultron table will allow players to relive the struggle of Earth’s mightiest heroes, including Captain America, Iron Man, Thor, The Incredible Hulk, Black Widow, and Hawkeye against Ultron and his seemingly endless army. The table features dedicated game modes for each member of the Avengers team, including a first-person sharpshooting mini-game starring Hawkeye, a spectacular aerial melee combat sequence between Iron Man and Ultron, and selectable difficulty levels to cater to each playerâ€™s individual skill level.

The Avengers: Age of Ultron pinball table will be released on April 21, so be sure to stick around at PS3blog.net for our review for the table.