Smurfs 2: The Video Game is a movie tie-in presented in the form of a 2D action adventure platformer release. It tells the story of the only girl in the Smurfs Village who is kidnapped by the dirty looking Smurfs called the Naughties, who are obviously being controlled by someone very evil… and that evil someone is Gargamel. Gargamel has also cast a spell on all the critters in the forest and turned them against the Smurfs. Gargamel does all his communication via some sort of holographic projection (how high-tech of him!) in order to do as much evil as possible.

The players can access each level through the Smurfs’ village that serves as the main hub for the game. As you progress and complete levels you can unlock all Smurfs characters, each one with an ability you can use to overcome certain obstacles. For example, Brainy can use his calculations to jump higher, and Hefty can make walls crumble. These are just some examples of abilities you can unlock as you play the game. 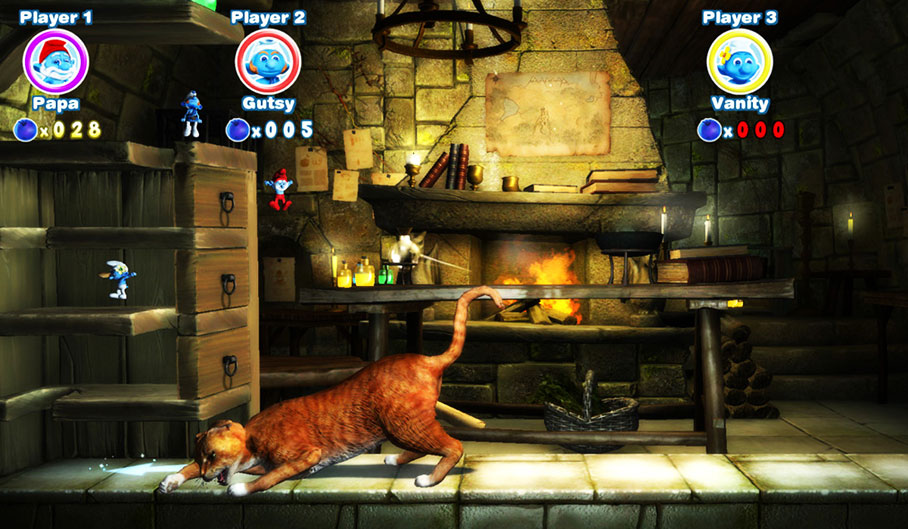 Smurfs 2: The Video Game has six locations for players to explore, and each location has five levels to complete and one boss to defeat. On top of that, each level has three objectives and they vary from getting true blue (in order to true blue mode you must defeat a certain number of enemies, and this only lasts for few seconds, so be sure to make the most of it!), to using certain characters at each location. Finding all five coins unlocks a Smurf for you to use at any level you wish (and there is a total of 100 coins to find). Another objective for you is collecting berries that increase your score at the end of a level, so the more you collect, the bigger your score will be, and the blue files that you find on levels makes the berries bigger giving you a bigger points. 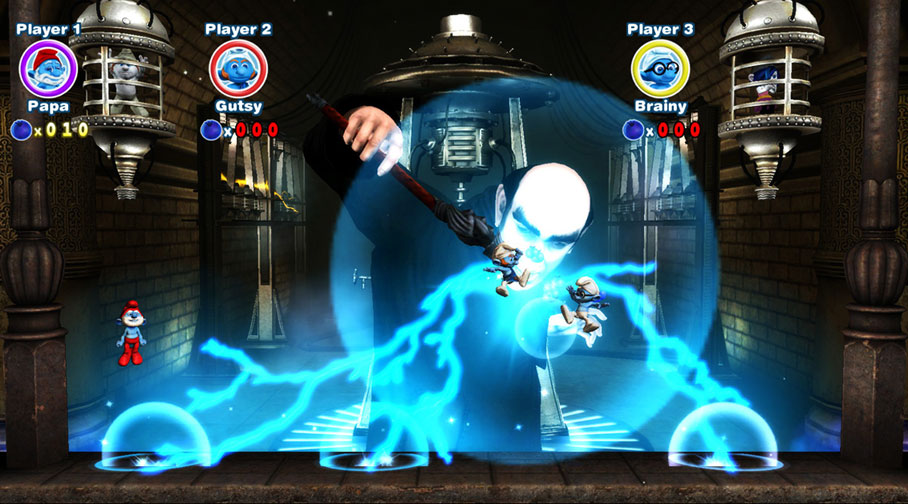 Movie tie-ins are never that great, but considering this game was developed by WayForward, I expected a fun game. I wouldn’t say I felt let down, but it just didn’t feel like a true WayForward game, if that makes any sense. WayForward have developed some fantastic games, such as Mighty Switch Force, BloodRayne: The betrayal, the Adventure Time series, and, last but not least, the Shantae series. In fact WayForward Kickstarted Shantae: Half Genie Hero a couple of years ago, and the amount raised on Kickstarter kind of proves how well loved WayForward are as a video game developer. That said, as you play Smurfs 2 you can see they tried to make a good game, but problem is that it can get pretty boring quite quick, especially since unlocking new Smurfs requires replaying levels several times. Overall I did enjoy the game but I got a little bored after completing half of the snowy location levels.

If you have friends who like the Smurfs, the game can be played in co-op. And if you have young children they will definitely love it for a while… but they will also probably get bored just as I did! 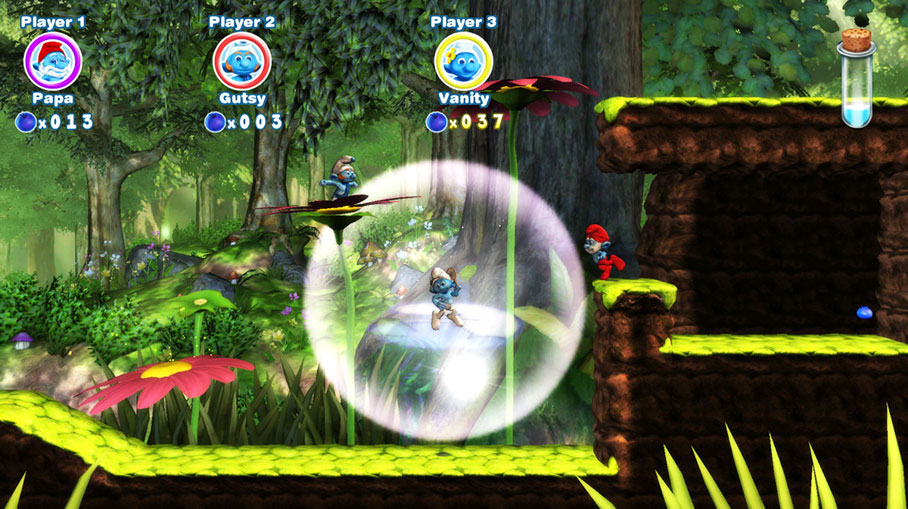 None of the trophies are missable since you can go back and replay all levels if you missed any trophies. The game is a very easy platinum, and the rest of the trophies account for 10 Bronze, 19 Silver, and 3 Gold. A platinum playthrough should take about 7-9 hours but if you are not interested in the trophies you could probably complete the whole game in 3-5 hours at most.

[review
pros=”Cute graphics.
Lots of collectibles.
The game is easy to learn.” cons=”Can get boring after a while.
Very repetitive.” score=70] 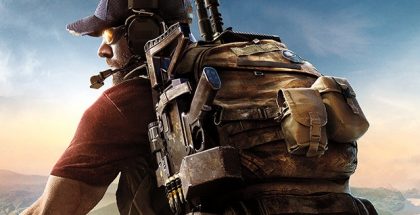