Some of you will probably have heard of Zoe mode who also developed Zumba Fitness and Powerstar Golf. Chime Super Deluxe is a music/puzzle game inspired by the Lumines series, so if you have played Lumines then you will be familiar with the style of the game.

Chime Super Deluxe is heavily skill-based, and it also relies a bit on luck. The game has four game modes for the players to sink their teeth into for hours and hours. First up we have the single Player mode which has two submodes of its own:

Time Mode – players can choose 3 minutes, 6 minutes or 9 minutes time limits, in this mode you can unlock the next soundtrack by covering at least 50% of the grid, and you gain additional time for every 10% of grid coverage. Players can earn multipliers by creating quads.

Free Mode – This is a great mode for players who just want to relax and listen to the soundtracks they have unlocked in time mode, without having timers to worry about, you can play grid after grid to your heart’s content. 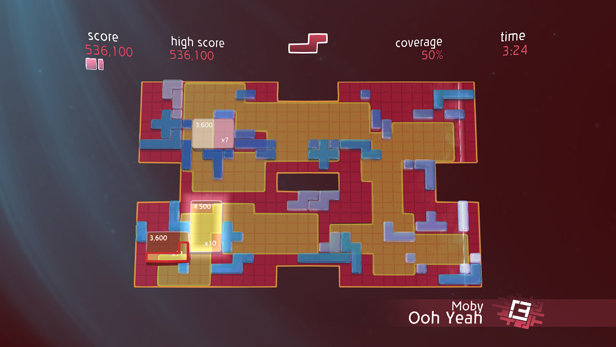 The multiplayer modes are not online mode they are offline modes with co-op or verus options. In co op mode The players need to work together as a team and aim for as high a score as possible against the clock, try and create as many quads as you can to earn multipliers. Just like you do in the single player time mode, it is exactly the same but in co op version.

Multiplayer Versus Mode players can test their skills against their friends, or if you want you can do it alone provided you have a second controller, but this mode works best if you have a friend who can play with you. 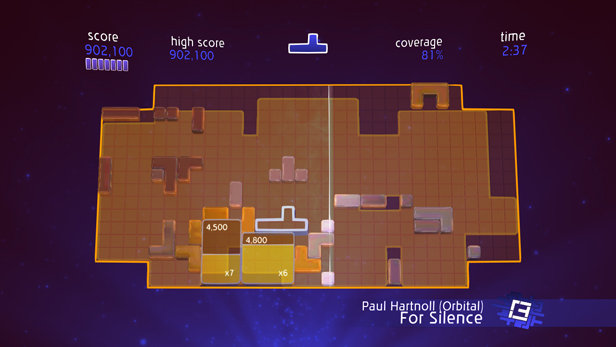 The goal of the game is to clear boards by placing various tetromino style shapes on the grid without leaving any gaps, Players are free to experiement in forming shapes, but making quads earns big multipliers. So make as many perfect quads as you can within the time limit.

As players clear the boards, the difficulty increases as the tetrominos alter in shape and size, you also get less time but can still earn extra time for every 10% grid completion.

The 10 Levels for the players to unlock are
Brazil by Phillip Glass.
Play with You by.
Sabrepulse feat Jordan Milnes.
Machine Dream by Nathan McCree.
Ooh Yeah by Moby.
Sympathy by Joe Hogan.
Spilled Cranberries by Markus Schulz.
The Looping Song by Fred Deakin (Lemon Jelly)
Tenterhooks by Plaid.

I’ve had hours and hours of fun playing Chime Super Deluxe. The best news is Zoe Mode has announced Chime 2, about three weeks ago on twitter, I have badgered them into doing a consoles version, and I hope they do do one as I will be all over it like a rash ! I hope Chime 2 will be bigger in scope with more modes ad more songs for us all to sink our teeth into. The game certainly does have a lot of potential to build up on and maybe if there is a big enough fanbase maybe we will see a franchise. So come on and spend those dollars on this little beauty 🙂 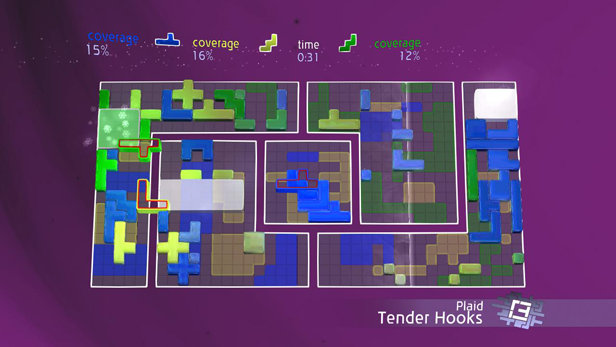 Chime Super Deluxe is very luck and skill based, so if you are not in it for the trophies you could complete the whole game in around five hours. if you are in for the trophies then tack on another 10 or so hours. The game has 12 trophies to earn 7 bronze. 4 silver and 1 gold trophy.

The Last of US: Left Behind To Be Launched As Standalone Release