Vandal Hearts: Flames of Judgement is a tactical RPG with grid-based combat, similar to Ogre Tactics and the Disgaea franchise, but with slightly different mechanics. The story for Flame of Judgement picks up after the events of a catastrophic war between Urdu and Balastrade which left an entire generation orphaned and devastated by famine.

Players take on the role of a young boy called Tobias, one of the many orphans from the 16-year war. But Tobias has no time to lament his situation as he needs to rise to the occasion when his church of restoration Academy is attacked by unknown bandits.

The tutorial is very good, and you can learn the game’s combat mechanics fairly quickly as it is not very difficult. This part of the game lasts about ten minutes or so, and then players can officially start playing Vandal Hearts: Flames of Judgement! 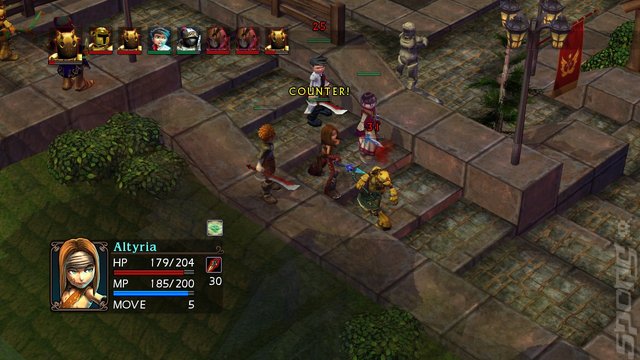 Once players have a good understanding of the game’s combat mechanics, and after saving your game, it is time to leave the area to be greeted by a cartoony overworld map. Luckily, your next objective is conveniently marked with a red flag.

This release has a quest system in place, and here is how it works. Say a girl is surrounded and being attacked by a pack of wolves. To win the quest players need to meet certain conditions, and, in this case, a victory requires that all wolves be defeated and that the girl survives. You will fail if you allow the girl to die or if you’re defeated. This system is pretty much what you can expect throughout the whole game. If players face defeat they can try again, but I don’t think this will be a problem since the game is easy. 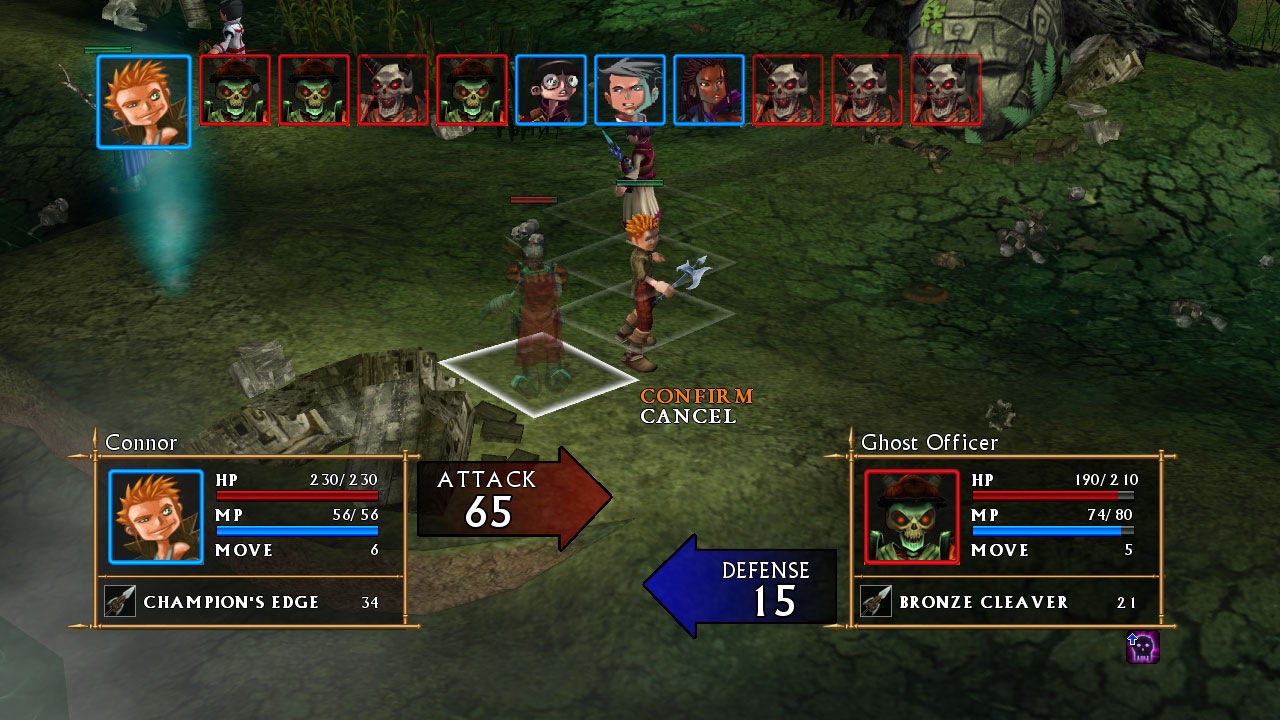 The grid-based mechanic is much larger than a standard grid based game like Disgaea, so there is more freedom to move around, and combat happens in real time. The countering system is automatic, and if an enemy hits you, your party will automatically hit back and vice versa. To me, it seemed as if the countering rate was pretty much 100% during every turn, with very few misses.

Vandal Hearts: Flames of Judgement is a classless game, and the leveling system is automatic. For example, if you want Tobias to be a mage then only use his magic skills and he will level up with each use of his magic. If you want Conner to be a warrior, then have him attack with only his sword and his sword skills will level up automatically, and so on. I recommend having at least one party member use only magic so that you can help said member evolve into the role of a healer since healing spells ARE a must for Vandal Hearts: Flames of Judgement.

The game has towns where you can buy and sell stuff, you can buy weapons, armour, healing herbs and such, so it is wise to visit a shop and upgrade your weapons and armor at every possible opportunity. Unfortunately, you can’t explore the towns. When you press the square button, the overworld map will show you your next story objective, skirmish map, optional treasure map and shops. 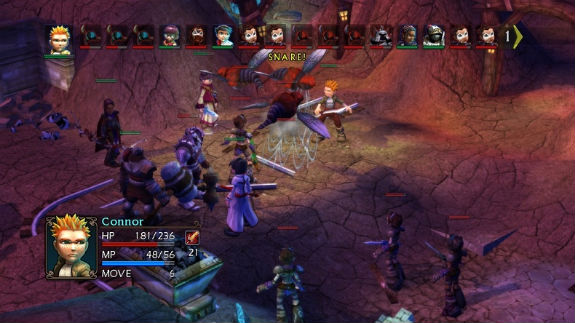 For an RPG, the game is very short, maybe around 12 hours or so give or take an hour. And speaking of that number, Flames of Judgment includes 12 trophies for players to earn, split into 7 Bronze, 4 Silver and 1 Gold.

I enjoyed playing Vandal Hearts: Flames of Judgement, and I think the game would be ideal for those who want to try the RPG genre for the first time as the game is not very difficult. The graphics are cartoony and not very vibrant, but it can be overlooked as the story is pretty solid.

[review pros=”Solid tactical game.
Great story.” cons=”Graphics are not as good as they should.
Short game for an RPG” score=75]