The story for Star Wars: Rebels takes place between Star Wars Episode III: Revenge of The Sith and Star Wars Episode IV: A New Hope. The characters in this table are Kanan, Jarrus, Ezra Bridger, Zeb Orrelios, Sabine Wren and Hera Syndulla, who fans of the TV show will already know. The game is Zen Studios 11th table based on the Star Wars universe, and the 34th paid downloadable expansion pack (that’s a lot of pinballs!).

Star Wars Rebels will take players to a far away world where the group will team up with the Starship Ghost crew to take down the evil empire. As with previous tables, players will see fully animated elements representing the source material, which, in this case, includes starships and TIE fighters as well as many other elements of the Star Wars franchise.

The table offers three multiball modes and seven new exciting game modes for players to explore and play. It’s great to see how characters interact with players during the mini-games, and for this particular table I felt as if it was much faster than other tables (such as the one for Avengers: Age of Ultron). 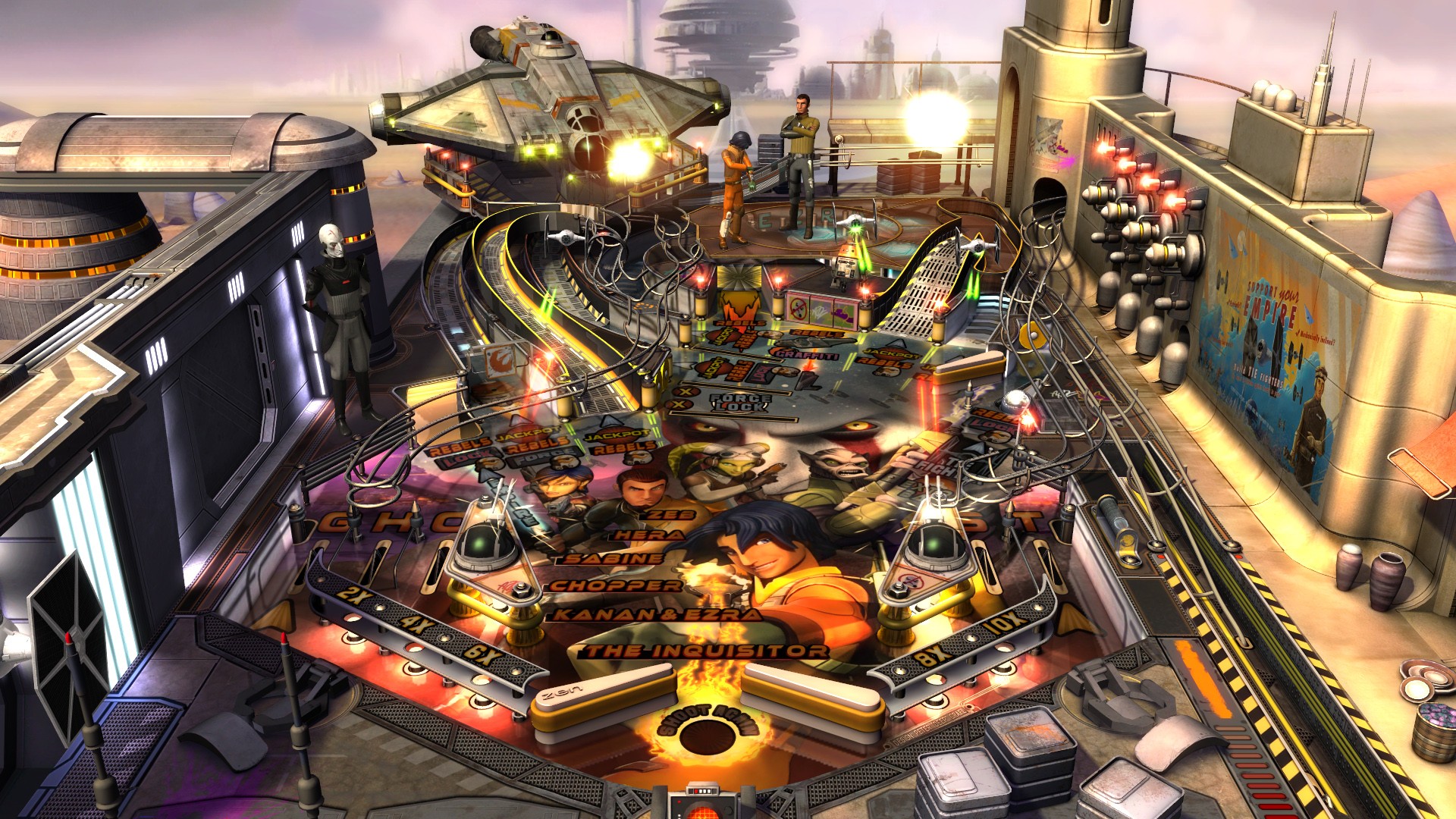 Overall Star Wars: Rebels is a great addition to the Zen Pinball 2 library. The animated visuals are great, and the in-game text is very easy to read, making it easier to play without having to sit too close to the TV! There is still a minor problem of the in-game messages you receive when you are about to beat your own high score or your friends high score, which is still ridiculously small.

This review is based on a copy of the Star Wars: Rebels pinball table provided by Zen Studios