Ultratron is an arcade shooter that bears striking similarities to Titan Attacks, one of Curve Digital’s previously published titles. You play as the last human battle droid and take on the four giant boss bots of the Apocalypse: Leiunitas, Bellum, Lues, and Letum.

As Ultratron is a twin-stick shooter, you will pretty much use only the left stick for moving and the right stick for shooting and. Oh, and the left and right bumpers will come into play once you unlock some of the abilities like the smart bombs that can save you from certain death.

There are 40 levels to play through and each increases the difficulty considerably, and every time you die you have to start again from the first level of the set, and you will lose all the upgrades you paid for. Unless you are at a boss level, there are no checkpoints in between. So that can be a little frustrating and annoying when you reach level 9, and your hard work is lost! 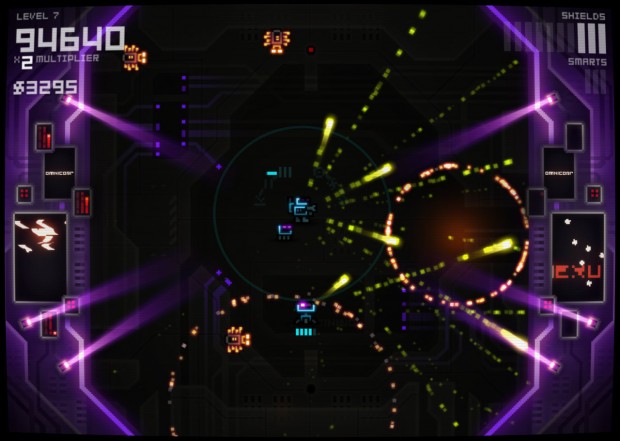 Ultratron has power-ups galore! Killing spider droids drops a power-up for you to use, and each one will help you greatly. They have a finite time for you to use them, and some examples are an invincibility power-up as well as one that offers a three-way attack. 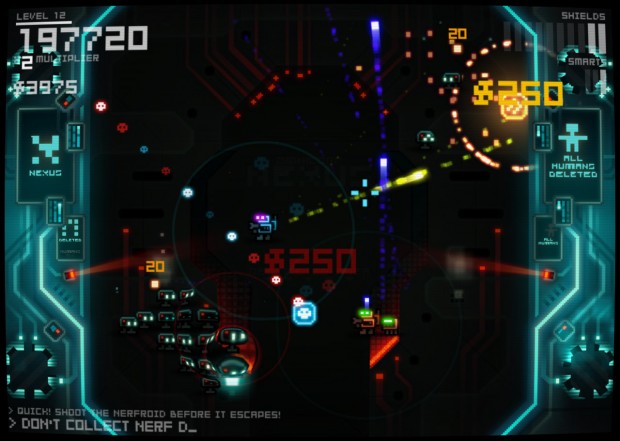 Plenty of upgrades to buy as well in the game (twenty to be precise). You can get your hands on Shields or Smart bombs. Do be warned that they do get more expensive with each purchase, so be sure to collect every single yellow dot you can. Collecting fruit earns you big points so collect as many as you can as well because both the dots and the fruits only last a few seconds on the screen! 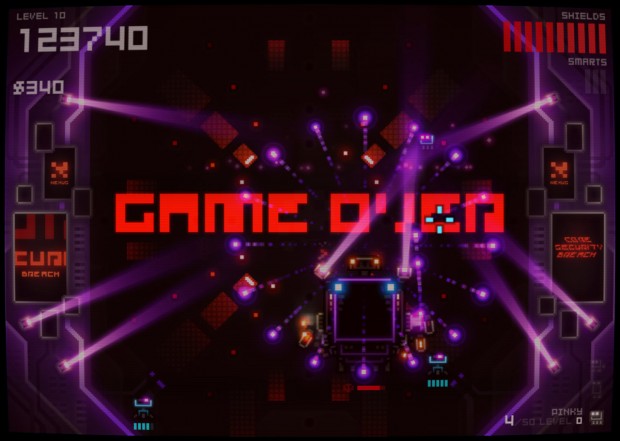 Yes Ultratron is a retro style game but it has been done up to look modern with glowing neon particle effects and explosions, adding to the chaotic but fun nature of the game. The amazing soundtrack fits really well with the theme of the game, thanks to its blend of all its electronic tracks to make the game sound very futuristic.

Puppygames and Curve Digital have included a two player co-op mode, but it is only available on the PS4 and PS3. The Vita version is a pure single player only. Ultratron has cross-save functionality, so you can freely swap between PS3, PS4 or PS Vita to continue your adventure the choice is yours! One purchase net’s you all three versions. 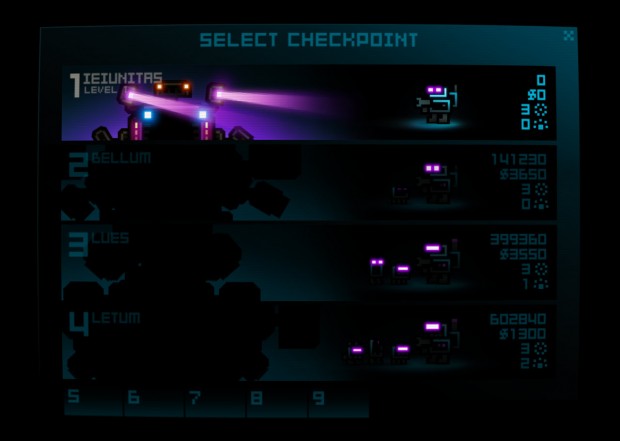 Ultratron is not a game for those who have slow fingers. The game will get quite hard as you progress through the levels – easy to pick up and play but hard to master. Be prepared to have sore thumbs since the game can be quite frantic! 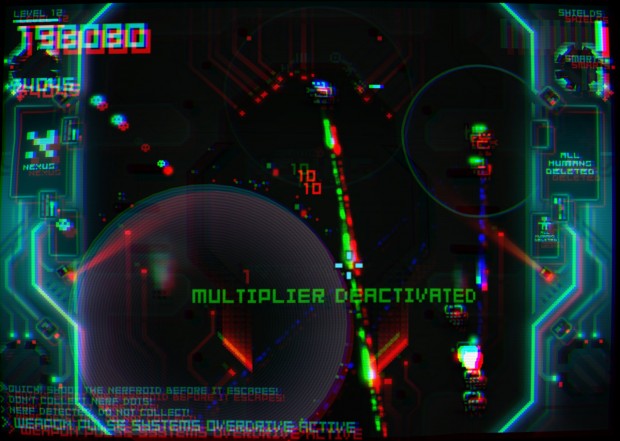 I absolutely loved Titan Attacks, so this game was a no-brainer for me. The graphics and gameplay mechanics are great, and the controls are very responsive. I do feel the game may be a little too frustrating for some as the checkpoints are too far apart, so perhaps a checkpoint for every 5 levels rather than every 10 would be better, but that is just my opinion. 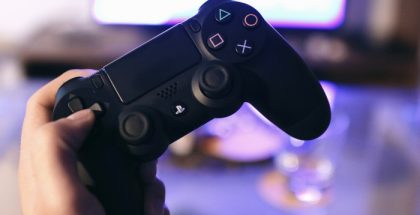