Oreshika: Tainted Bloodlines is about a house that was sentenced to death for the theft of the five instruments under their protection. A god decides to give your house a chance to redeem themselves by reviving them and allowing the clan to seek vengeance and to clear its name. The trade off is the clan is beset with two curses: the first one is the curse of ephemerality which only lets each clan member live for two years, and the other is the Curse of broken lineage which means the clan’s women cannot procreate.

Oreshika: Tainted Bloodlines has a deep customization menu; you can choose your own name or pick from one of the many preset choices. You can also choose your facial features, hair type, and hair color, and pick your clan colors. At the end of the customization menu, you get to choose your clan’s trades. You have to choose wisely as these trades will be passed down to your descendants. You can also develop your descendants, so there is quite a lot to do with character developments as you progress with each generation.

The game has four difficulty modes varying in game length between 30 hours to 120 hours. An example of the Keen difficulty description reads: 30 hours. If you love RPGs, this was designed with you in mind. That doesn’t mean it’s going to be easy, so be prepared for a challenge. You have three other difficulties written in a similar fashion along with a special mode that has yet to be unlocked, but I guess it is a higher difficulty with a longer game length time. 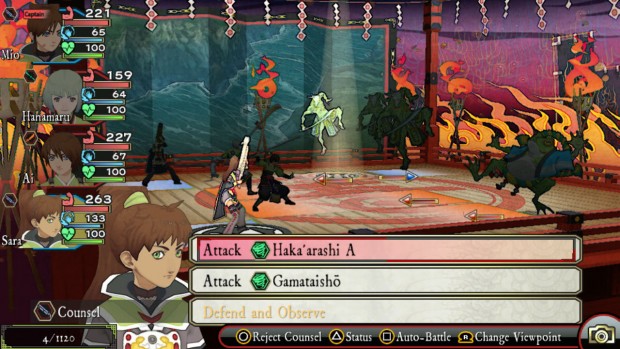 The dungeons are in isometric view. You can see your enemies on the minimap, and they will chase you once you are in their view. Always try to get an advantage by sneaking up behind your enemies, as doing this regularly nets you much better loot. At the start of each combat you are given a slot machine roll where you can gain items, scrolls to learn new abilities, cash or a big fat nothing. It is very much luck-based; you could get the best of stuff or the worst of stuff, or a mix of both or wind up with absolutely zilch!

As for the game battle itself, one thing you must always consider is that When the main party leader dies, your whole clan does too. Therefore it is important to heal up as much as possible because every hit point counts. On he plus side, during combat it is always a good idea to aim for the leader as taking him out gives you instant victory! 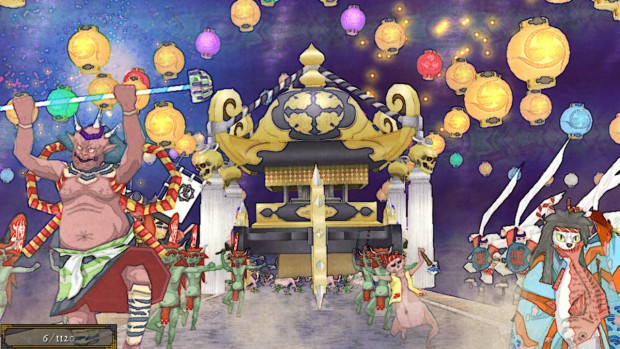 The trades you pick at the start of the game will remain the same with each descendant as they learn all the skills of all their ascendants, and you will be able to continue developing the descendants as they grow stronger.
To be able to procreate you need the approval of the gods through something called the Divine Union – the breeding system has a lot more depth than you think, and it opens the door to some clever mechanics. 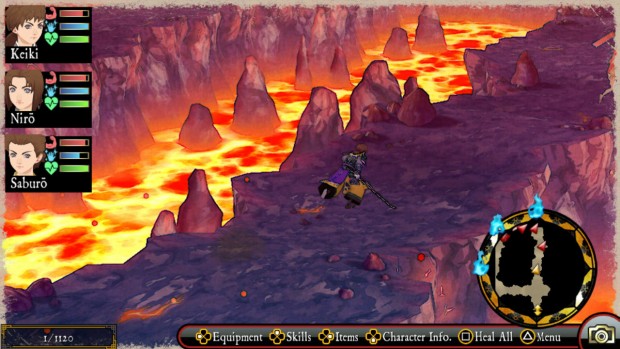 Oreshika: Tainted Bloodlines is a really beautiful game with so much to learn, and it is a very long game. To get as much as possible from the game you’re looking at playing for at least 50 hours or so. I think the 30 hour run is kind of a speedrun take really and you’ll miss a lot of the story. I played in the 70 hour run so I could experience a lot more story, and I look forward to completing it. The story is fantastic, with themes of vengeance, family, loss, revenge and sacrifice driving everything forward. Pretty good, huh? 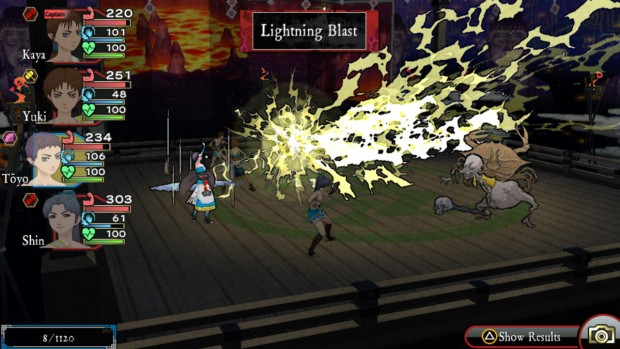 Oreshika: Tainted Bloodlines is an excellent example of what can be done on the PlayStation Vita. The graphics are very well polished and vibrant, and the controls work flawlessly, so if you like JRPGs and love very long games, you should definitely consider picking up this game. It is definitely one of the best JRPG on the Vita.