Deception IV is back with a new extra story and all new quests, traps and stages. Are you ready to be ensnared by the Nightmare Princess?

Unleash your inner evil! The Nightmare Princess, Velguirie, uses her kicks and spins in her own quest to revive the Devil by trapping humans. Set over 180 traps in a variety of locales, including all new modern stages!

– New stages: gym, hospital, and park!
– New Quest Mode: Discover the story of Velguirie, the Nightmare Princess
– Enemy Edit to create your own sacrifices
– All of the content of Deception IV: Blood Ties
…and more!

*Traps, abilities, and costumes acquired in Deception IV: Blood Ties can be carried over to Deception IV: The Nightmare Princess.

I never got a chance to play Deception IV: Blood Ties when it was released, which is why I was very much ready to review Deception IV: Nightmare Princess, especially since it includes the original game with new traps, modes, and stages allowing me to catch up on everything I missed!

Deception IV: The Nightmare Princess starts off with one of the best tutorial modes I have ever experienced in a game. You are playing as Laegrinna, daughter of the devil, and need to set traps around the castle to kill the people coming to get you. Instead of falling into heavy text based tutorials that you might be used to, this game does a good job of laying out how to play while playing the game. It eases you in by setting small amounts of traps and using the environmental ones to your advantage. Soon you are ready to combo multiple traps together, using them to attack multiple enemies! 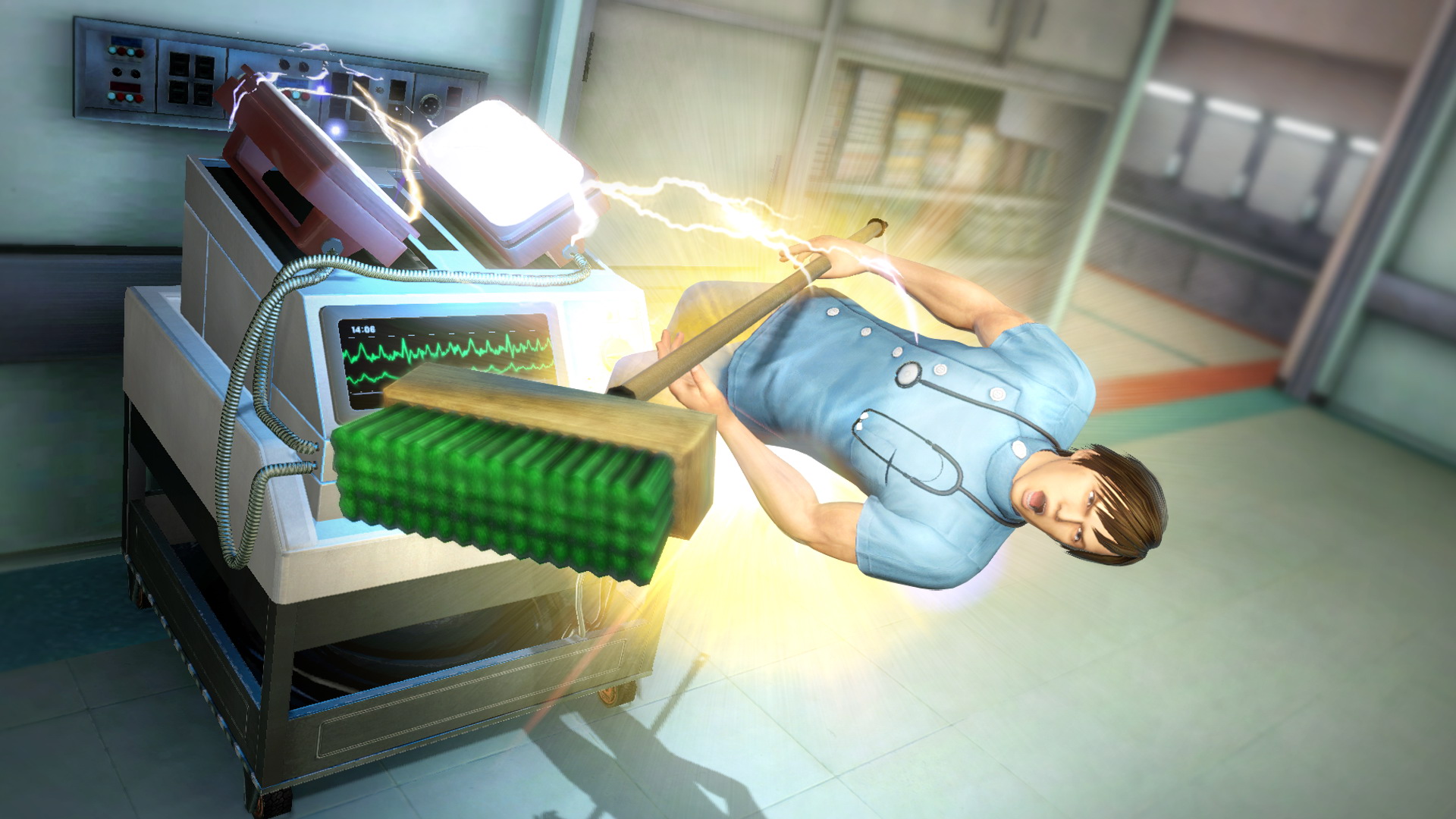 If you didn’t get it by now, the game is focused on setting traps to survive from those out to hunt you. The traps are your only means of defense against these hunters. Initially you start off with a small amount of them, but as the game progresses you earn more. To play them you need to place them on an overhead map that has a grid on it. You can place them on the walls, ceiling, or floors, thus giving you lots of options. There are even built-in traps into the environments that you can trigger and build into your combos.

You must lure the hunters into your traps as best as possible so you can kill them and use them as your sacrifices. This is really cool, and the traps range from the disturbing with guillotines that swing from the ceiling, to humorous with giant pumpkins or horse heads falling on top of unsuspecting hunters. There is a huge variety overall in what you can do, how you combo each trap and how many enemies you can catch in each trap.

This new version includes the story of Velgyrie, the titular Nightmare Princess and second daughter of the devil. She has an added skill that Laegrinna does not in being able to kick enemies to damage them or knock them into traps. This changes the feel of the game considerably as you are now not just luring them into traps, and this gives you the control to knock enemies into them as an added layer of strategy. She also comes with new quests as you work to restore all of her powers after she lost them during deep sleep. 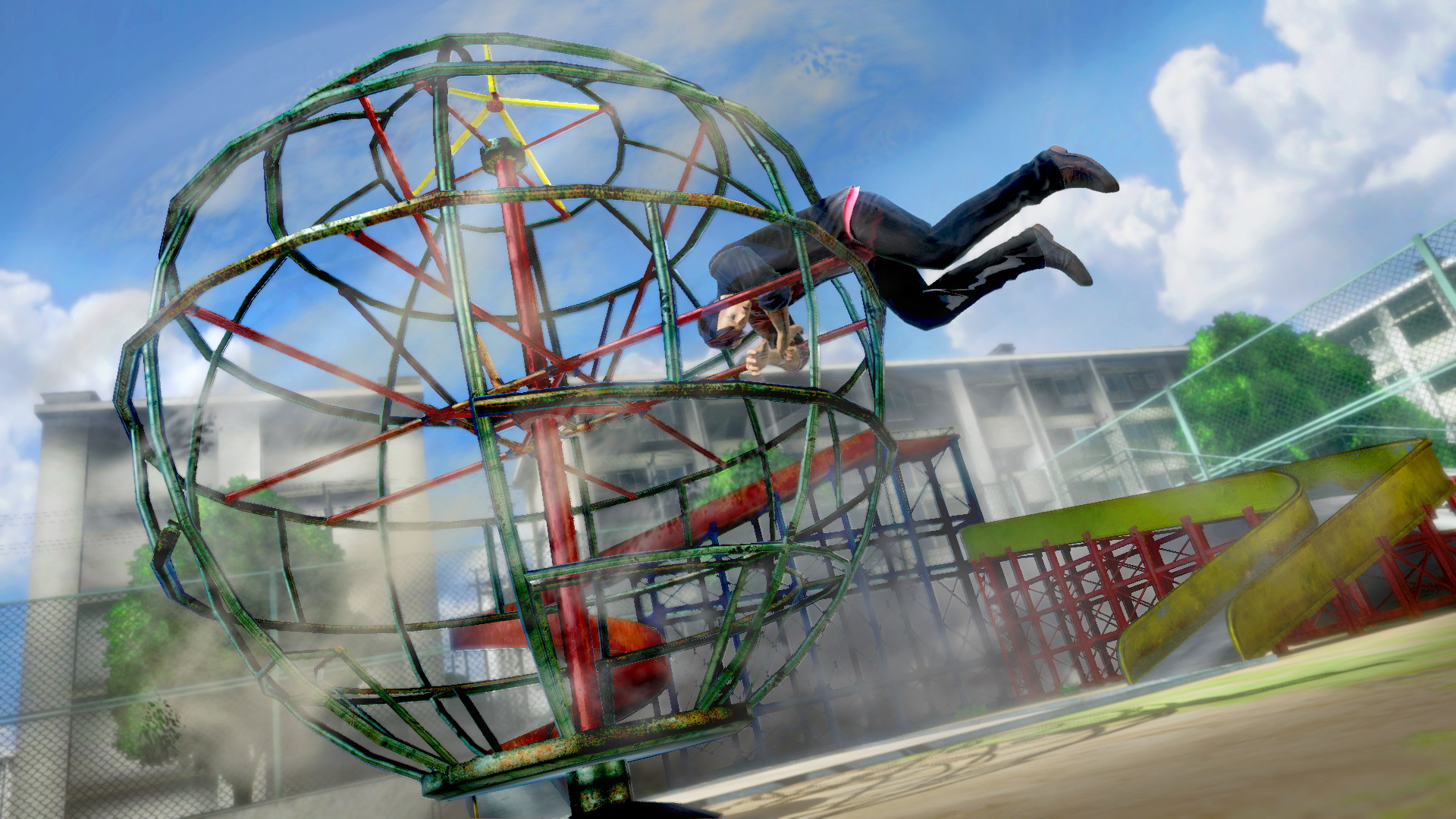 This update also it added new stages to the mix including the gym, hospital, and park. These often add hilarious results to the games creating fun new environments to trap and torture enemies. Some of the environmental traps included in these news areas are very awesome, thus creating some really unique combos.

The game looks great on the Vita, and it was also released on PS3 and PS4 simultaneously. The characters look detailed including the main characters and the enemies on the field. The levels are detailed, and all of the traps look good. This is a great feat considering you are getting the same features on all three consoles. You can tell that Koei Tecmo has done a great job with their Vita releases. I recently reviewed Samurai Warriors Chronicles 3 for Vita and thought they did an excellent job with the graphics and the gameplay in that one as well.

There is also a mode called Deception Studio that allows you to create your own characters, enemies, and missions. It’s really cool addition to the game extending the replay value. Creating characters and missions gives you a ton of flexibility and it should keep you busy for ours. 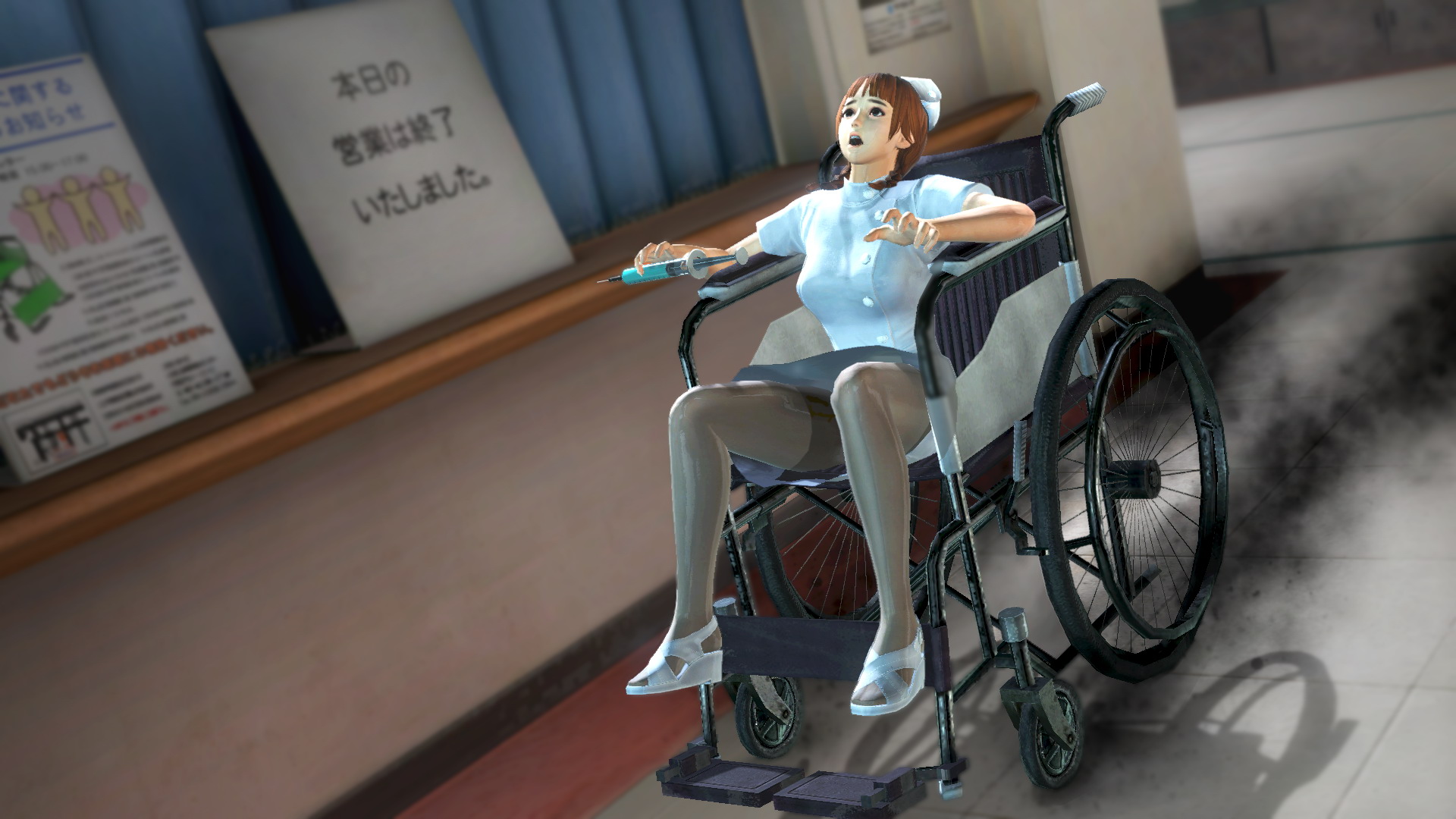 The game has a excellent soundtrack that sounds great on the Vita speakers, but be sure to use your headphones to really appreciate the great music! It’s detailed and sounds awesome giving the game an old-school epic feel.

Deception IV: The Nightmare Princess is such a different gaming experience from what I am used to. The strategy elements were really cool, and the game was super creative with the traps and combos. This is an easy recommendation due to the great gameplay mechanic, excellent graphics and the huge amount of content to enjoy.

You can purchase Deception IV: The Nightmare Princess from the PSN store


This review is based on a PS3 copy of Deception IV: The Nightmare Princess provided by Tecmo KOEI America.

Velocibox Has Been Released on PS Vita