The Castle Game Launches on PlayStation 4 on August 4th! 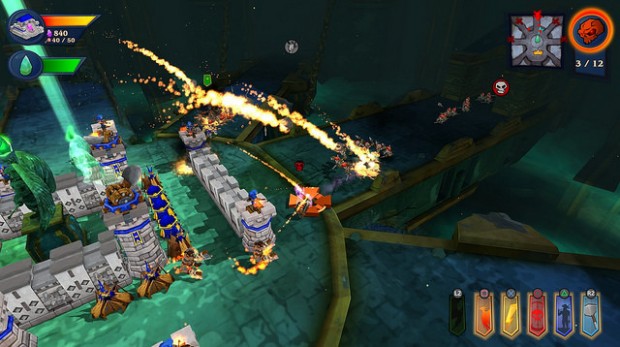 Neptune Interactive Inc. got in touch with us to mention that their first PlayStation 4 release is ready to go! The Castle Game is a clever entry in the tower defense genre that provides a good mix of attack and defense tactics and mechanics for players to make the most of their time in every run.

Ayngaran Vamatheva from Neptune Interactive Inc. had this to say about the game:

What are the unique features? Well, ever played escort missions in a tower defense setting? Imagine using the defenses and walls to keep the enemies out, but also having safe and open paths for your allies to run through. Or how about having all the structures be destroyable? Now, some enemies are pretty dumb and will follow the path you cleverly designed, but the smarter ones will take out any structure that can pose a threat to them. So now you have defenses that can be damaged. To balance things out, you are given a giant hammer that can quickly repair structures. Engineers are also available to auto-repair any damaged structures nearby

Repairing is just one of the few â€œbattle actionsâ€ in The Castle Game. Other actions include a highly addictive lightning spell, focus fire which makes nearby defenders focus on a single enemy, the ability to call in reinforcements, a pretty cool Phoenix spell that is kind of like an air-strike, and a super-powerful Chaos spell that youâ€™ll end up just itching to use as soon as itâ€™s ready.

We’ll be bringing you a review for The Castle Game soob, so be sure to stick around at PS3blog.net to read what we think about this release!

[Review Revisited] One of the best games in the PS3 library: Rayman Legends