Onechanbara Z2: Chaos is an action hack and slash fighting game and is part of a long-running with a large fan base. If you’re a fan of the series, then you’re going to love Onechanbara Z2: Chaos. If you’re new to the series, you might be a bit lost here and there, but the game’s story does a good job of introducing you to the setting and the current situation at hand. Are you ready to slice and dice some zombies?

The game is about four sisters Kagura and Saaya who hate each other because of their sworn allegiance to opposing factions during the tribal war. They are joined by their two younger sisters Saki and Aya, who together must fight against the world’s undead hordes, slaying them wave after wave across the globe.

The Story Mode tasks you with ridding the world of the undead hordes, and between all the fighting you will get to see some funny comic book-style cutscenes. Although there is an interesting story in the game, Onechanbara Z2: Chaos is all about combat and the big showdowns with the huge bosses, and boy, are they challenging! Some will even want a rematch with you!You will have to deal with a multitude of these monstrosities throughout the world, and there is even a trophy for defeating 50 bosses! Can you step up to the challenge? 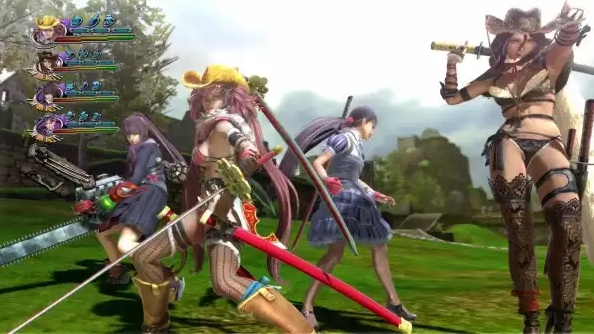 You can switch between the four characters at any time and experiment with the different combos and score as many Platinums as you can. Each stage rewards you with a score and a crown that can be bronze, silver, gold or platinum. I’ve achieved mostly silvers and golds so far and at least a couple of platinum. You also gain bonus points for not using healing items but you can, however, use healing statues without penalty, so do keep this in mind!

Each character has a main and a secondary weapon, and if you combine the two weapons you get combos with devastating effects! You can also buy new weapons, new skills and healing items with the yellow orbs you earn from your kills since they serve as the game’s currency. Upgrading as you go is a must, or else you will not stand a chance in the later half of the game.

You can use R1 to lock on to your enemies, but I found it pretty useless when you are fighting hordes of 50+ undead. I did find the chase method much more accurate as you can just rush at your enemies, and the undead take roughly 30 hits before they go back to the land of the dead-dead. 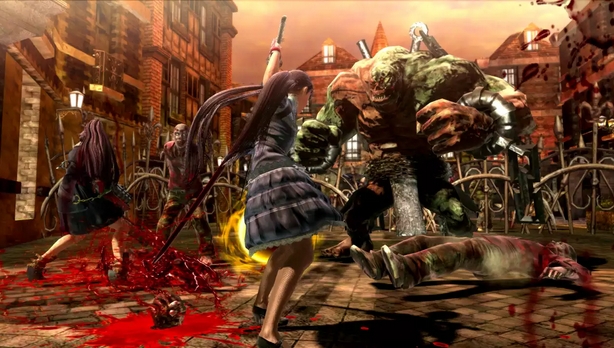 Onechanbara Z2: Chaos features something called Cool Attacks. When you have timed your attacks perfectly, your hands will glow blue, and this increases your attack power, and you gain new attack moves. When you’re damaged, and there is no healing statue nearby, you can use healing items to keep fighting the good fight. Healing items are quite pricey, but you can find some from smashing crates or barrels, and some zombies can drop healing items as well, so be sure to destroy everything and kill every zombie that gets in your way!

On top of Story Mode, there is Mission Mode where you can take on missions of varying difficulties to rack up high scores and earn a V rank after successfully defeating a set amount of the undead. In Coordinate Mode, you can customize your character’s appearance to your liking. Most of the stuff you unlock for this mode can be earned through natural story progression or on missions you take. You can also view the 30 quests you can earn during Story or Mission Mode. A great number of them can be completed without even trying, making it easy to unlock new costumes for Coordinate Mode. 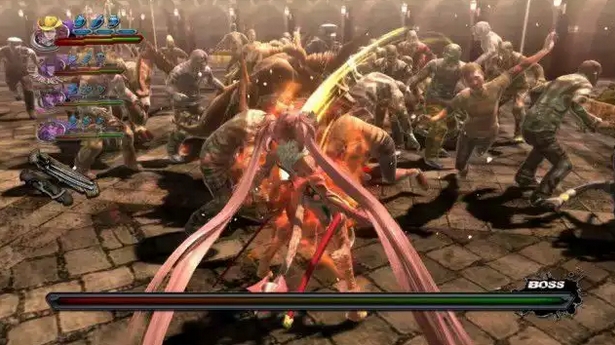 Onechanbara has 44 trophies to earn. To achieve the platinum, you must play the game at least once on each of the following difficulties: Normal, hard, violent and berserk. I can’t imagine playing on berserk since the game was challenging enough on normal already! The trophies are distributed as follows: Thirty-three Bronze, seven silver, three gold and one shiny platinum.

Onechanbara Z2: Chaos is a pretty solid brawler game. It features excellent but complicated combat and gameplay mechanics, and every single button on the controller is used. The story is funny and a bit over the top at the best of times and the bosses are absolute fun and can be quite challenging but in a satisfying kind of way. Overall a pretty solid game and worthy of a download, especially for all the Dynasty Warriors fans!

I Am Bread Will Be Released Next Week! 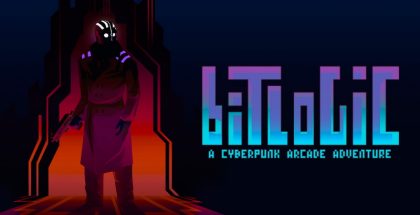