N++, the sequel to N+ – which unfortunately never graced a Sony Platform – has now arrived exclusively to PlayStation 4 as part of the Summer Play promotion.

In this fast-paced, action-packed puzzle platformer set in the distant 2D future, you play as a ninja — darting through obstacles, narrowly evading a slew of inadvertently homicidal enemy robots, and collecting gold in a minimalist, sci-fi world. You know, traditional ninja stuff.

N++ is all about smooth physics, deftly controlling the speed and inertia of the character,
and the awesome feeling of fluidly moving through each level.

N++ is bursting with hundreds of levels, each featuring a series of difficult challenges,
diabolical traps and a distinct visual style to nimbly soar through.

If that wasn’t enough, the integrated level-editor allows you to make and share your levels with every other person on the planet.

N++ is a new-ish title to Metanet Software. N+, it’s predecessor, came out in 2008 and got rave reviews. Now its semi-sequel is readily available on PS4.

N++ is a platformer in the most extreme sense. Each level is clearly designed and you can see the goal and how to get there. It’s really a great but basic game. It starts off easy with simple jumps to get to the end of the level. However, it quickly starts to throw complicated curve balls your way, like ramp to wall jumping, having to avoid hazards such as lasers and spikes, making use of jump boosts, and more.

What I liked about the game was its flow. You start off selecting an area with five levels, and you have to complete the full set. The levels are short, purposely so as to not be overwhelming. Each has a focus usually hinted at with the level title. For instance, I was having trouble figuring out how to pass one of the earlier levels and figured out the solution based on the title: ramp to wall jumping. Most levels will take between 30 to 60 seconds to complete. 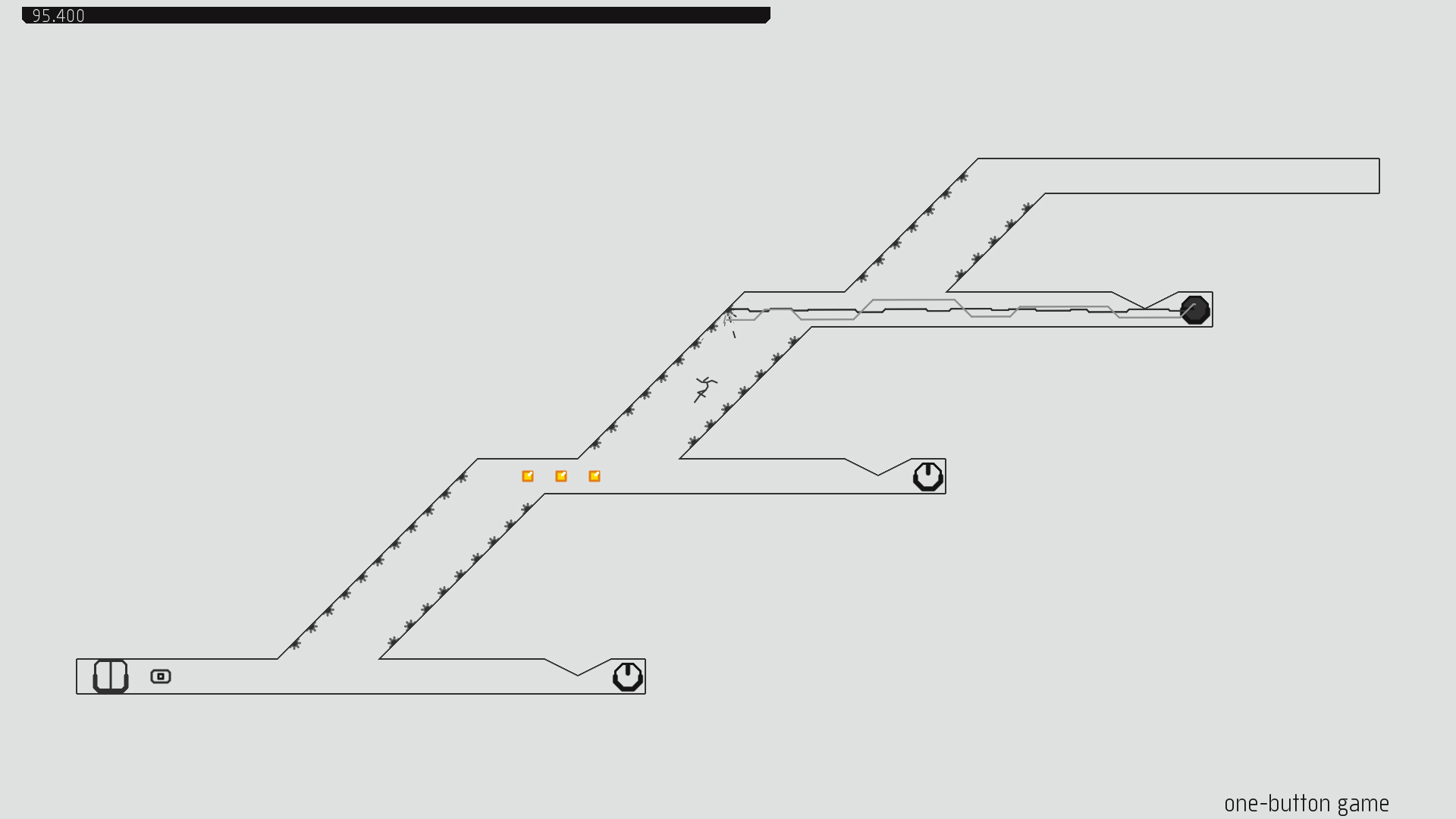 In N++, you will die a lot. And I do mean a lot. It’s not a bad thing since the level reloads very quickly, and you get a chance to try it again, and again, and again… and again. The more you practice, the better you will get, and at one point things will click.

The control is precise, which is exactly what you would be looking for in a platformer like this. Every jump counts, and you need to make it just right to hit your targets. The one thing I found while playing was that the character was extremely floaty when jumping, and you need to learn how to control that, as sometimes you will need to maximize or minimize your jumps or else you might hit a hazard on your path. 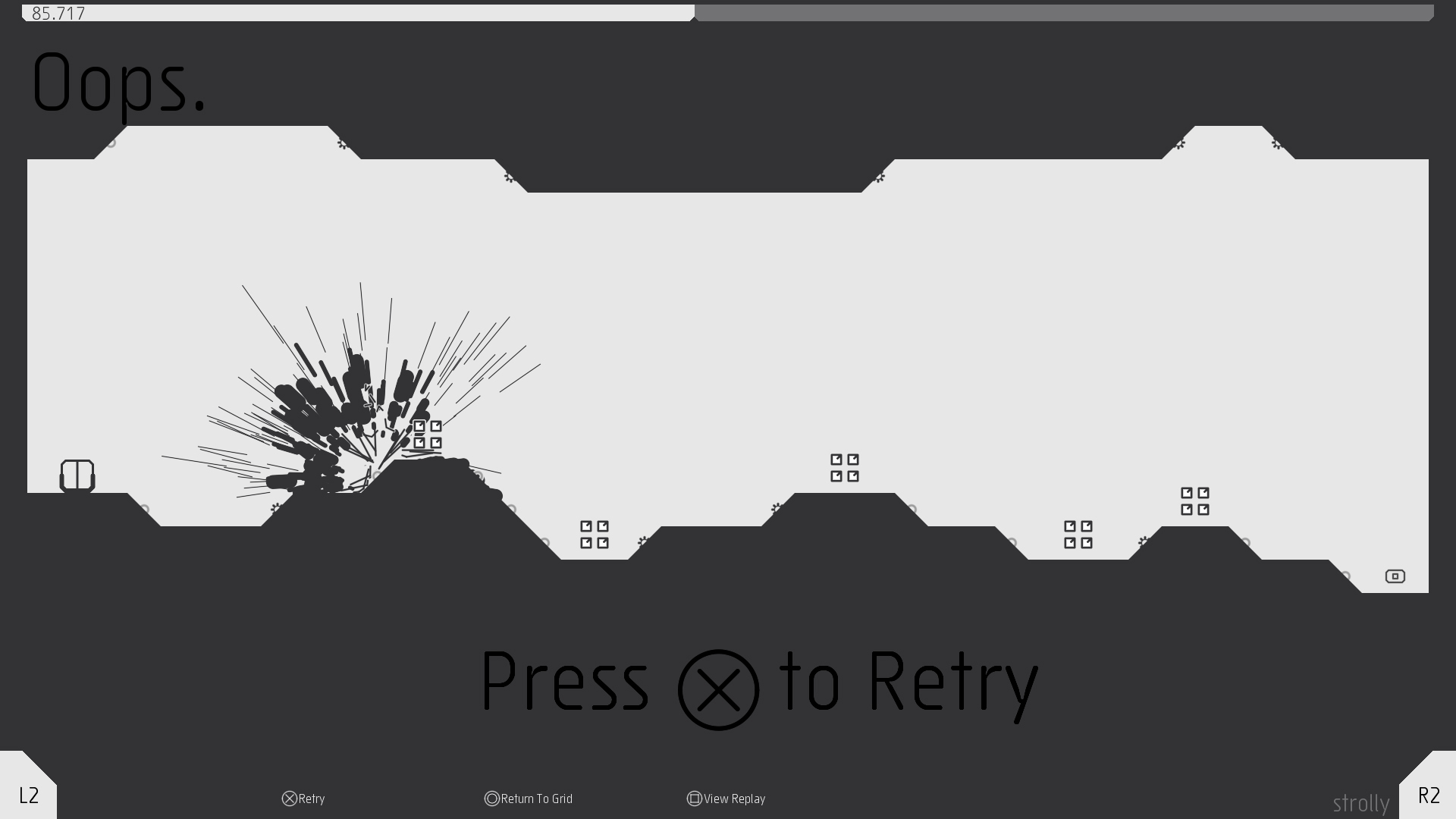 There is also a ton of multiplayer content available in the title with specific levels just for you and your friends to get stressed over. Finally, there is a built-in level editor for you to create your devilish creations and share them with your friends and other N++ players.

The game’s aesthetic is very basic and minimalistic. Your character (not gender specific) is a basic stick person, and levels resemble things you might have seen in early platformers from the 80’s but updated – busier, sharper and in HD. The music and sounds are awesome as well with lots of great tracks that really match the universe. It’s almost techno/trance and great. 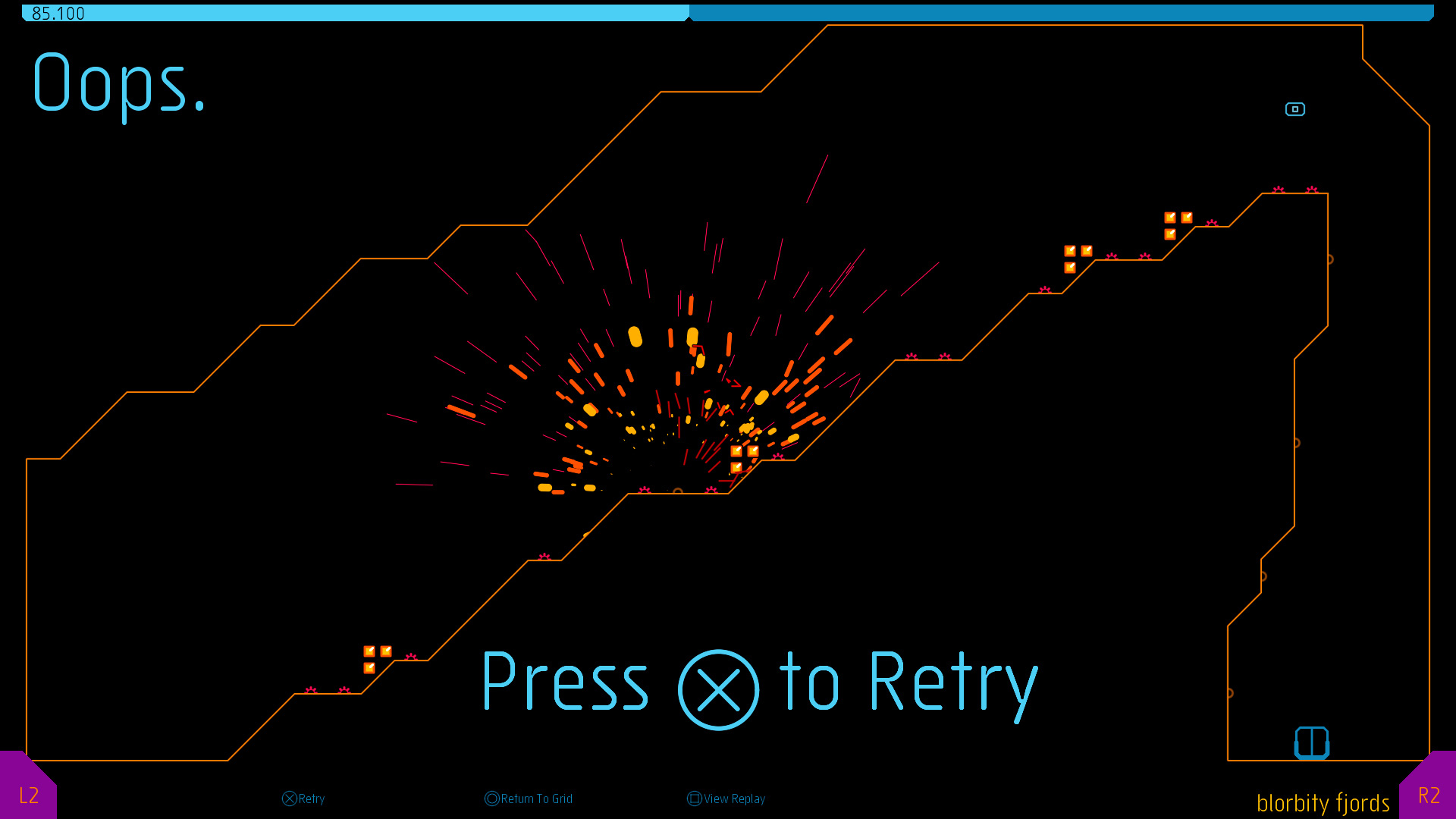 There are several trophies available in the game – twenty-seven to be exact. There is also a platinum, but it will take you some serious time and skill, and you’ll need to practice a lot to get things right (which is why it’s good there’s a trophy for dying 5000 times!). I don’t think a lot of people will get Platinum, but this trophy will definitely reward the best!

N++ is a fun game with tons of content. There is a fun multiplayer mode built in, and it has a great content editor that allows you to create new levels. Anyone who grew up on old school platforming will have a lot of fun with N++.

You can purchase N++/em> from the PSN store


This review is based on a PS4 copy of N++ provided by Metanet Software Inc..

Get Up To 90% Discount On Games During The Retro Sale!