Curses ‘N Chaos is an 8-bit retro brawler in which you have to defeat hordes of enemies to free Leo and Lea (the two selectable characters) from the evil Wizard King’s curse.

Read below to see what we thought of this retro-style game!

When brawny bounty hunters Leo and Lea are cursed by Algarr the Wizard King, theyâ€™re swarmed by all manners of creatures and monsters! Alchemist Allison knows one way to get rid of the curse: The Elixir of Life! But the only way to get the Elixirâ€™s ingredients?

SMASH ALL THE MONSTERS!

As you begin Curses ‘N Chaos, you are greeted by a small story that explains the game. Basically, two bounty hunters named Leo and Lea have been cursed by an evil Wizard, and their mission will be to destroy every enemy in their path to secure the ingredients needed for creating the elixir that will lift their curse.

The actual gameplay is separated into ten different levels (featuring different artwork), each composed of ten waves of enemies and a boss fight at the end. Each wave lasts 60 seconds and it is your job to make sure that you kill all the enemies in the allowed time span because otherwise the Grim Reaper will come and join the party to tries to end your life (Leo and Lea are cursed after all!). The enemies are your typical fantasy enemies, and each one has an increasing amount of hit points. For instance, the first goblins take one hit to destroy, and frogs take two hits, but then the stronger enemies likes wolves, skeletons, and witches come in and take a while to be defeated. 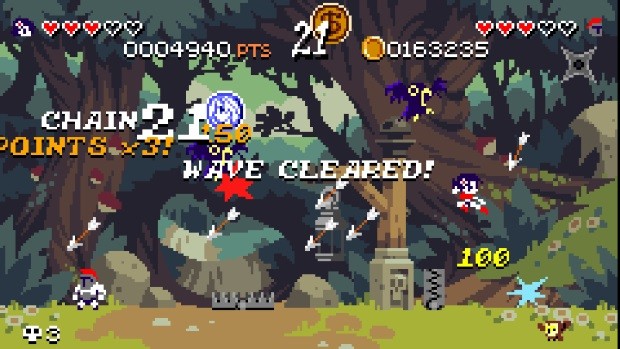 To have your way through those hordes of enemies, you have a few attacks at your disposal. The normal punch gives one point of damage to an enemy, and punching while running (called a Mach Punch) gives two points of damage to the enemies… but since you’re running, chances are that you might not stop early enough and get hit by the enemy you were aiming to hit, which puts us at a high risk vs. high reward scenario. There is also an uppercut and a jump attack that also do two points of damage. Mastering all these attacks is mandatory to get through even the first level.

This brings us to the subject of the difficulty in Curses ‘N Chaos. It is reminiscent of the older days of gaming, going back to the NES generations. The difficulty is very brutal, and I needed five tries to complete the first level! It was so hard, that I genuinely wondered if there wasn’t an easier mode available to help those of us who aren’t as skilled. The trophies are even harder because none is awarded for “normal” progression, and each requires a tremendous amount of effort and luck to achieve. 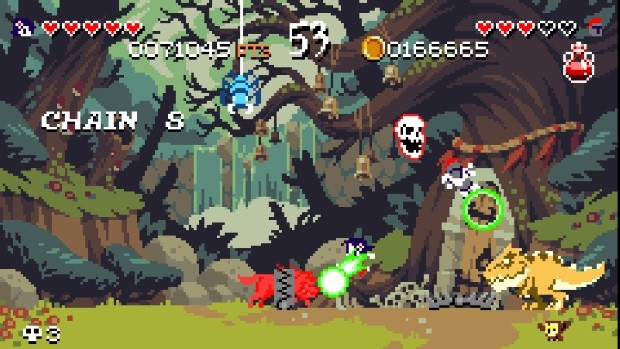 Hitting the enemies without getting hit raises your “Chain” count and getting a higher number net you more money and monsters also drop more and better items. Enemies can drop a lot of different items but touching an item automatically drops your equipped item for the new one to take its place. I found this feature annoying because I often kept a recovery item in stock for use when I was near an emergency, but more than once my item got replaced just as I was about to use it, and I lost a life because of that. Luckily, you can press a button to call in Owly (who is an owl) to take away your currently held item so that you can then call him back as needed.

Once a level is completed, you can purchase new items in the shop (which only lists items discovered through the levels), and you can then equip them to your party member. You can purchase and combine items through the alchemy system, but mixing two things that don’t mix wastes both items and leaves you with a scrap item. Being careful and logical helps a lot and can net you way better items that the ones you invested in the process. There is also a multiplayer mode that allows you to play with a friend. 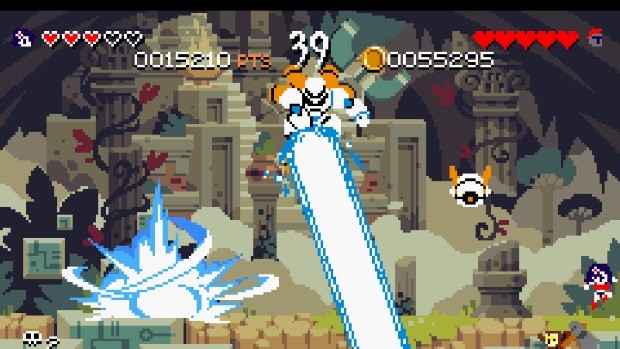 Final Thoughts
Curses ‘N Chaos is a throwback into the era of hard NES games with its design and difficulty that will probably scare casual players. On the other hand, if you’re craving some 8-bit hard gaming, you should try this game since it will definitively scratch that itch.


This review is based on a digital copy provided by Tribute Games.

Uncharted 4 Will Be Released on March 18 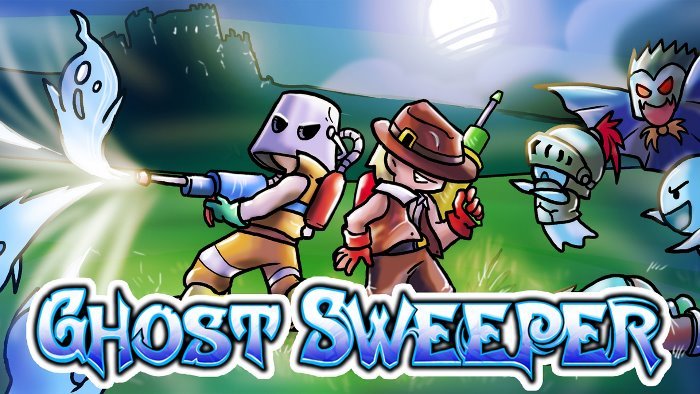