Are you ready to save the Princess and the Bitstream? There’s only one problem: you’re nothing more than a single pixel and need to use all of your skills to rescue the princess and save the world.

Adventures of Pip revitalizes the classic side-scrolling action platform genre. Pip — the ultimate digital underdog â€“ is a lowly single pixel in a 32-bit world who proves that you canâ€™t judge a hero by the fidelity of his shaders. During the game, Pip gains the ability to evolve and grow by absorbing pixels from his fallen foes. Those same pixels can then be used to blast through environmental puzzles and enemies, devolving Pip back to a single pixel. Players will explore five stylized worlds and experience up to 10 hours of epic adventure saving Pipâ€™s village from the evil Queen DeRezzia.

Inspired by classic platformers, Adventures of Pip basks in a world where players can defeat a huge 32-bit boss as a single pixel or even as an 8-bit character.

With three different forms, evolve and devolve Pip to solve puzzles and defeat enemies each with their own weakness and strength that must be unraveled throughout the campaign.

The Adventures of Pip is a charming platformer developed by Tic Toc Games. The game stars the titular Pip as he goes on a quest to protect his people from Queen DeRezzia as he saves the princess. Once you gain control of Pip, you’ll realize there’s a lot to do as a single one by one pixel to save the kingdom.

The game itself is a throwback to classic platformers from back in the day. Pip can jump on enemies and float down slowly across gaps to get a bit more distance out of his jumps. Thankfully, there is more depth within the game, and Pip gains the ability to evolve into 8-bit and 16-bit versions of himself. 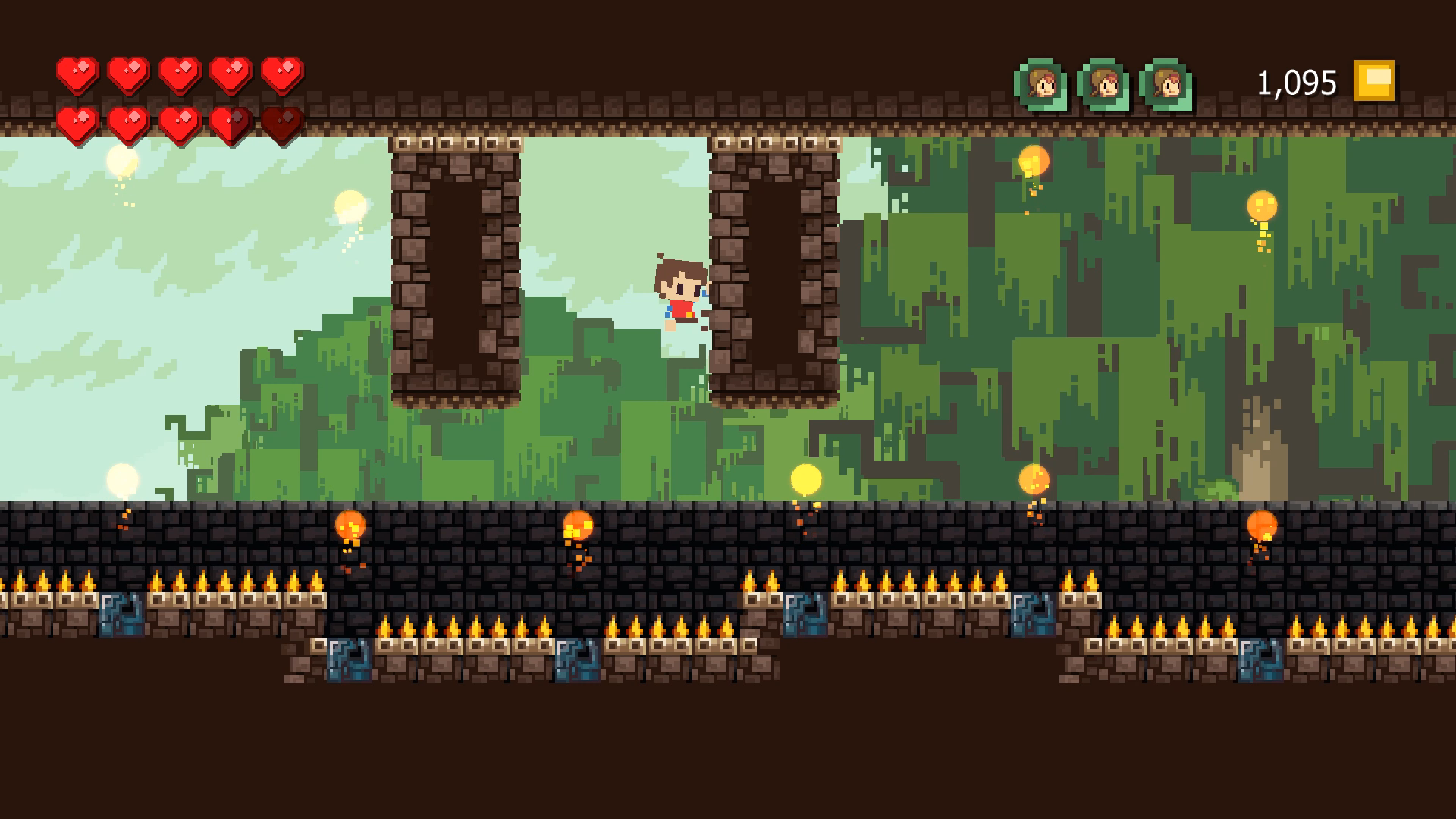 How does this change the game? Well, the 8-bit Pip can run fast and wall jump, and the 16-Bit Pip moves slower and can’t wall jump but is more powerful thanks to his sword that can break certain blocks. You need to juggle these forms to make it through the level. Pip will evolve when defeating monsters connected to the bitstream, and you can choose to devolve at any point to the lower forms to help you get through the levels. You will need to learn all of your skills to make it to the end! 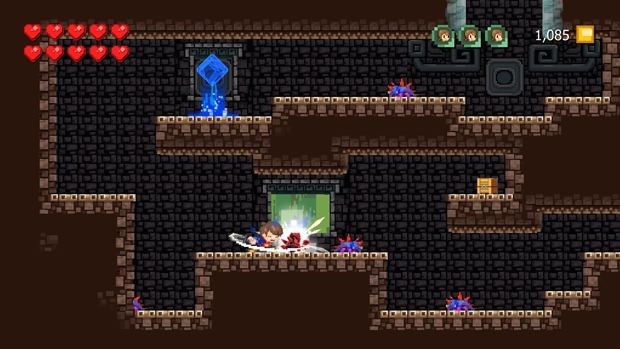 During a level, you will change your forms a ton of times to fit each situation. You might need to be small to fit through a hole and use single pixel Pip. You might need to move quick and make some pin point accurate jumps using 8-bit Pip. And if that doesn’t work or if you encounter blocks or need to push a heavy object, then just evolve up to 16-bit and show them who’s the boss.

The level design is really good, with five unique worlds to explore that will challenge you to your core. There are three hidden villagers in each level that you must find as well to get a perfect rating. Some are even people who helped fund the game through Kickstarter. Crazy, right? 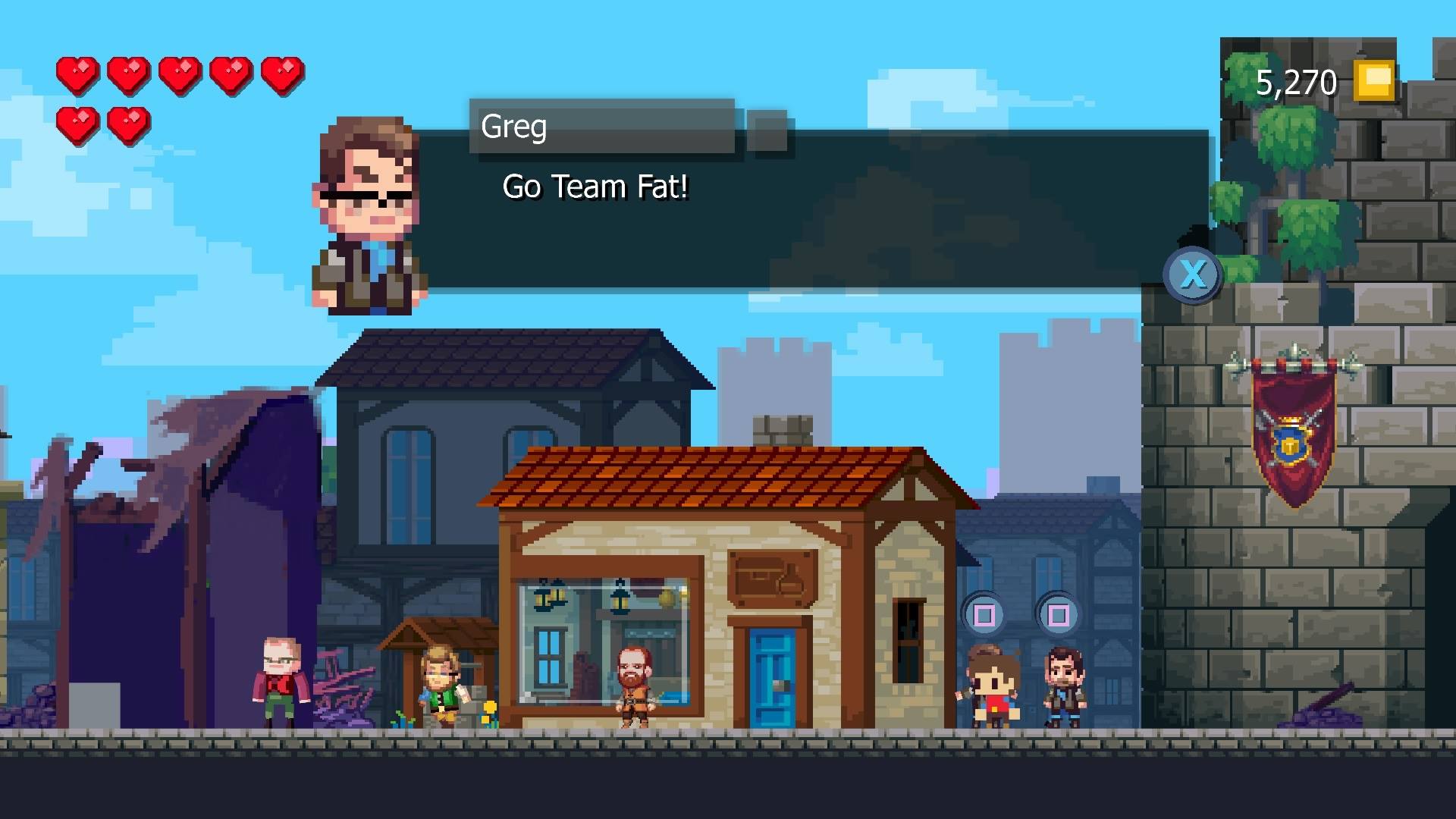 There are hidden secrets throughout the game with areas that are out of sight, but when your character walks into them, the view will change. They will either include hidden villagers or treasure for you to pick up so that you can buy upgrades to help you on your quest. These include heart containers, receiving half the damage, or an item to let you know if a villager is nearby. Although I do recommend you start by saving up and buying the one that doubles the pixels you find since it will make buying all the other upgrades much easier.

The game looks great and really hearkens back to a bygone era of platforming. It reminds me of having my SNES hooked. As mentioned earlier, each of the five worlds has its own feel and flair. When in the caves the creatures match up with the theme and complement it. And what I thought that really stood out were the boss fights. Each of the bosses was big, often being in the background with part of their body in the foreground. You need to constantly switch between forms to make it through the battle. Each boss battle felt almost like a puzzle that you needed to solve. 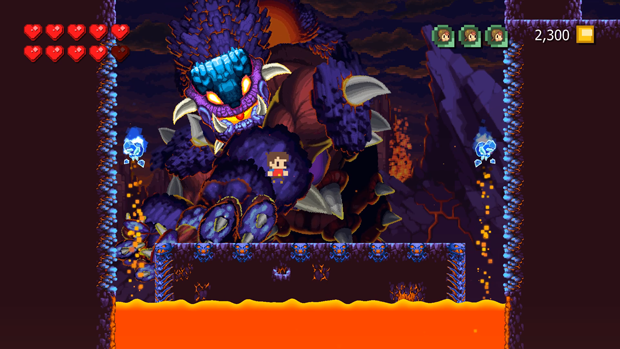 There are 20 trophies throughout the game. One is Silver, and the rest are bronze, which was a bit of a downer. It took me just over 7 hours to unlock them, and most are related to beating certain bosses and collecting the villagers scattered throughout the levels. A few are also based on getting all of the upgrades from the shops. I really would have liked some of the trophies to be of the Gold variety, not to mention that a full trophy list would a Platinum would have definitely bumped up the amount of things you needed to do to 100% the game.

I really enjoyed my time with Adventures of Pip. It’s a fun throwback to games of ages past, and it features tight mechanics and some good humor. It’s a really easy recommendation, especially if you grew up during the golden age of gaming. My only problem with the game would be the lack of a full trophy list, but don’t let that keep you from buying the game.

You can purchase Adventures of Pip from the PSN store


This review is based on a PS4 copy of Adventures of Pip provided by Tic Toc Studios.