Game ReviewsI Am BreadMedia
No Comments

Have you ever wondered what it’s like to be a slice of bread, a bagel, or baguette? Well, neither did I, but, guess what? Bossa Studios did and answered many of our questions about the day to day bread life.

Embark on an epic journey to become toast! Take on all hazards to deliciousness as you embark on your adventure throughout the home of Bob. the unsuspecting owner: from the kitchen, through the house, to the lounge, and then venture outside into the garden and beyond.

In addition to the deepest story ever seen in a videogame, about a slice of bread, there are a wealth of baked options to sink your teeth into. Additional game modes and other types of bread will cater for all tastes! Set speed records racing across the levels as a bagel realize your destiny as crispbread in cheese hunt mode relieve your stress as the baguette and smash everything in sight in rampage mode. Oh, and did we mention bread goes into space too?

I am Bread – Official Trailer | PS4

From the people that brought you Surgeon Simulator: A&E Anniversary Edition comes as equally a ridiculous game called I Am Bread. I actually had the chance to review Surgeon Simulator: A&E Anniversary Edition last year for PS4blog.net. I didn’t get the joke right away, but I did like it later. This time I was prepared for the studio’s latest creation. 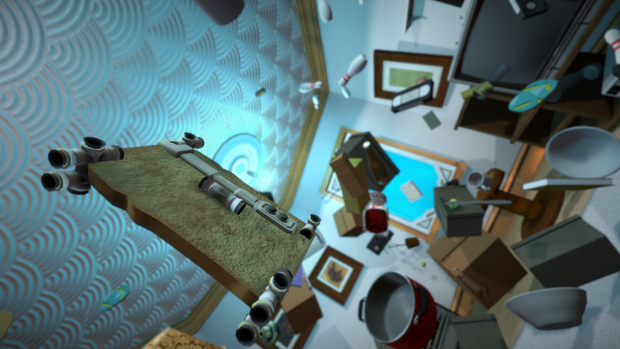 The premise of the game is that you are a piece of bread and, like all other pieces of bread, your life’s goal is to get toasted. It is your mission to make your way from wherever you are located to a heat source that can get you toasted. Along the way, you have to make sure you are still edible once you reach the heat source, which means you must avoid the floor at all coast. I mean, who wants to eat bread off the floor?

Getting around sounds really simple in premise but it’s more difficult in actual practice. Each corner of the bread is tied to one of the four shoulder buttons. You can use the shoulder buttons to move one or more parts, and you can also stick to some spots to flip around as you wreak havoc. It takes some getting used to, but soon you will be scaling walls like Spider-Man. It gets easier as you play it and thankfully it is not as difficult as Surgeon Simulator. 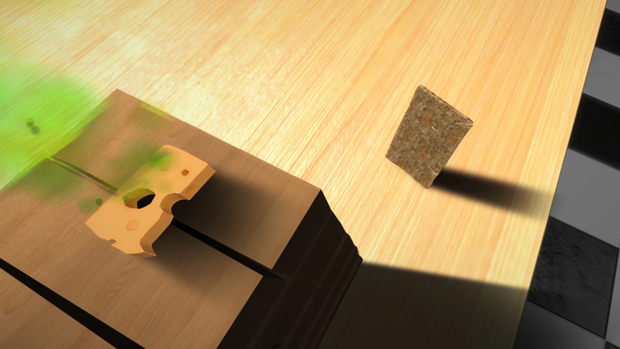 The game also has some other modes to keep you playing: Bagel Racing, Rampage, Cheese Hunt, and one of the more difficult modes called Zero G where you’re playing through the regular game except with not gravity and everything is floating in space. Oh, and your piece of bread has thrusters to help you navigate.

I really enjoyed the Bagel Racing as it was fun to get the bagel around the course and shoot for the best time. Using the Baguette is fun for causing destruction. The more things you destroy, the higher your score. To make it more fun, breakable objects are placed on the levels to help you take your smashing and destruction to the ultimate level. Cheese Hunt is an interesting mode where you are tracking down multiple pieces of cheese hidden throughout the level and instead of focusing on the edibility your focus is on the integrity of the cracker.

The game looks great and does a great job creating realistic sandboxes for your wheat product to explore. The levels are very interactive reacting to how you would think things would react if a piece of bread just started walking around. I especially loved the way the levels looked in the Zero G mode as they were very cool with everything floating in the air. The music was fun and tied in with the absurd theme of the game. I’m not sure who did the voice acting for the bread but they were very convincing in that role (just kidding! There is no voice acting). 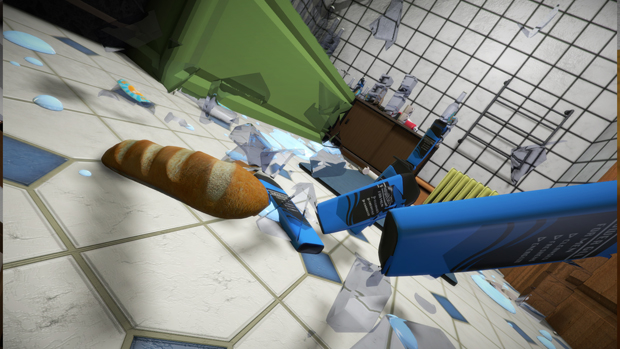 The game has 35 trophies including 5 Gold, 9 Silver and a platinum trophy! That being said, it will take some considerable time to get all of the trophies, and you will need to become an expert bread since only the best will get an A+ on all levels.

I am Bread is the best Bread Simulator I have ever played! It’s an easy recommendation if you are looking for something fun and irreverent. The way Bossa Studio’s committed to this world, and the interactivity they created was amazing. Pick this up and invite some friends over and have some fun passing that controller around.

You can purchase I am Bread from the PSN store

Ascendant Will Be Released Today On PlayStation 4 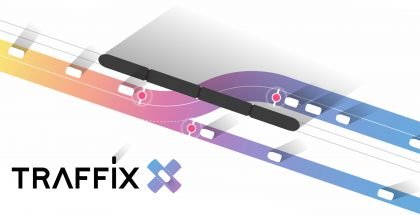