Welcome back to the world of Disgaea, dood! If you are as much of a fan of the series as I am, then you’re in for a treat! Disgaea 5: Alliance of Vengeance is now available on PlayStation 4, marking it as the first entry in the long-running series to make its way to Sony’s current-gen console.

This time players take the role of Sir Killia, a demon with a chequered past. His one goal is to seek revenge on Dark Void, who is a threat to Killia’s existence. What is Killia to do? How about build an army to take on Dark Void and his Lost Army? Along the way, Killia will meet new additions to his team who have their own axes to grind with Dark Void.

In order to make it out of each stage alive, you should always make sure to have a balanced group that levels up consistently, and having a couple of healers on board isn’t a bad idea either! Just build a very good team as early as you can and master as many skills as possible. If you follow my advice, you’ll be replaying some of the earlier stages here and there to level up and to improve your team, but trust me, this will help you considerably in the long run. 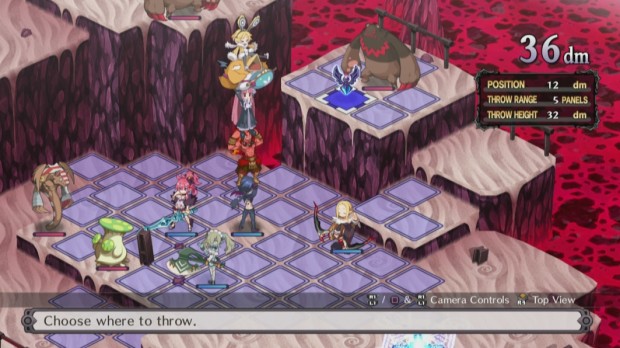 Disgaea 5 has a host of new stuff including new classes such as the awesome Dark Knight! The best part is that party members can be scaled to your level, and all you need is a lot of money. See? Money makes the Netherworld go round! The best thing about this game is that you are free to be as creative as you want with your team, so feel free to experiment with your classes and create the best team possible to suit your playing style. 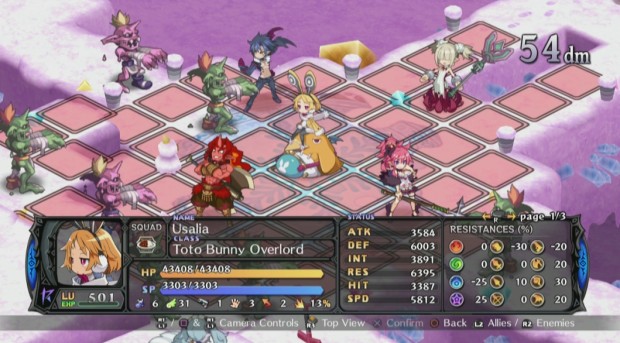 Like all Disgaea releases, Disgaea 5 is turn-based, and you and your enemies do all of your actions in one go and then it’s the other group’s turn. You can choose who you place on the battlefield and the attacks you want them to perform, and once everything is registered and you are happy with the current set up you can now press execute to see your attacks play out one after the other to then select the end of your turn. Team attacks occur if you have 2-4 allies next to the character that is attacking, and this will make them perform an automatic attack that is very cool and, in true Disgaea fashion very OTT, the animations are absolutely wonderful.

Successfully completing a stage earns you items, XP, abilities and HL (money) depending on how good you did. Not only that, but each stage also has a one-time bonus that you can aim for by completely filling your bonus meter gauge, and there is even a trophy for doing this 50 times. Can you unlock this trophy for your collection? The higher up the meter you go, the better the spoils you earn, so this is a good incentive for going for team attacks to push up the meter gauge. 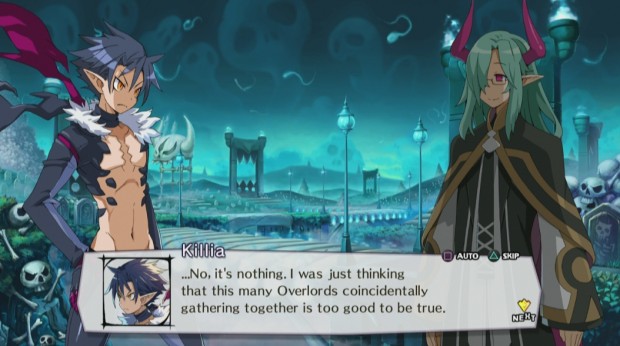 Once you beat the stage and get your spoils, you will be taken to the MVP screen where the three characters who contributed the most will earn an XP and mana bonus. It is a good way to level up your team so be sure to have all characters in being awarded as the MVP so that your whole team gets a slice of the extra XP pie!

When your allies are getting hit (or killed!) your revenge meter will fill up, and once it’s full, you can unleash special attacks called Overloads. Seraphina’s overload attack is a charm that she can use to charm all male enemies within a few grids around her, and Red Magnus can turn into a giant and one hit the enemies (he’s my favourite!), to name a few! The character who aren’t overlords won’t have these special abilities, but they will get a bonus to their stats, making them deadlier. Enemies can also fill their revenge gauge and become very dangerous, but if you manage to defeat them you will be handsomely rewarded!

As you progress, you will be able to unlock squad menus that arrange your team for a particular ability. For example putting some allies into the capture squad unlocks the capture ability. If you weaken an enemy enough, you can capture them for interrogation, and you can eventually add them to your team! 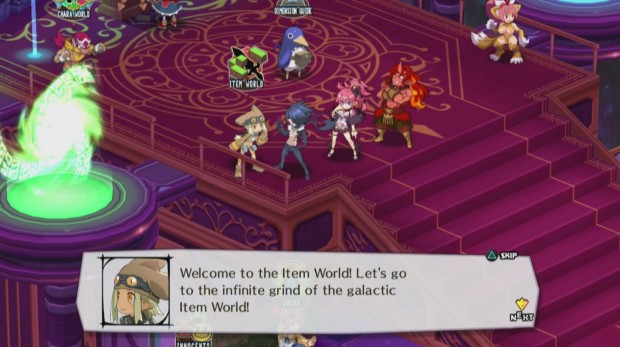 Item world is back, dood! This allows you to level up your equipment and items by entering into them to do battle. The fights in the item world see a considerable difficulty increase in comparison to the story levels, but the rewards are worth the extra effort.

Also back is the Nethworld Hospital. If you are hurt or die in battle you can pay HL to revive and heal your team and, like in previous games, there is a reward system in place where if the more recovers and revives you spend your money on, the better the prizes you can earn! The Netherworld Hospital rewards system is a feature I have always liked, and I am glad to see its return. 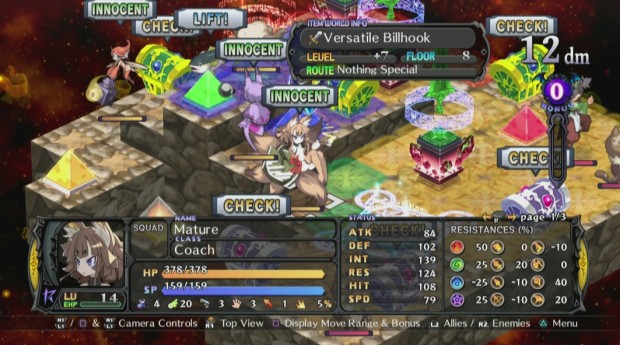 There is also a quest shop with lots of quests to complete, and you must do several of them to improve your army! Important quests are in green and they are for recruitable allies, and the rest reward you with money or rare items. They range from killing X number of enemies to finding particular items, and they’re a great to improve your chances for survival since you can do them on the side as you work through the game’s story mode.

Another well-known mechanic in the series is the Geo Panels, and Disgaea 5: Alliance of Vengeance is making the most of them. These colorful panels can affect the outcome of battles in an instant, and you must make sure to plan accordingly or you could be in for a world of pain! For example, the yellow geo panels give a 50% XP increase, blue panels give a 50% increase in defense, and red give a 50% increase in attacks. So if an enemy is sitting on a blue panel that gives it a 50% increase in defense you’ll have a hard time defeating it, but if you’re standing on a red panel then each bonus basically cancels each other! And, as always, you can start chain reactions to change the colors of the panels, but you need to be careful because if you don’t time things right you might end up destroying your entire team! 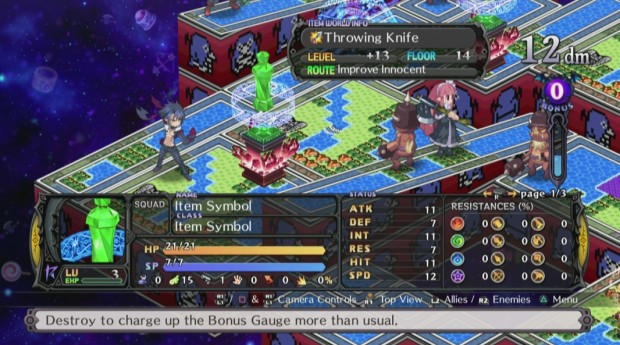 I have had an absolute blast playing Disgaea 5: Alliance of Vengeance, it is the best I have played so far, and it shows no signs of getting old or boring. There is plenty of content to keep you happy for a long time – I’ve clocked around 32 hours in a single week (yes, I love the game that much), and I’m not even nearly done! The graphics are awesome with their cartoony look and great animations that are over the top and fun. The characters are fabulous, and there is plenty of humor in the cutscenes. Go out and pick up a copy or download it since it’s definitely worth the time and money.

This review is based on a digital copy of Disgaea 5: Alliance of Vengeance provided by Laughing Jackal

We Have The New Tales of Zestiria Trailer For You!