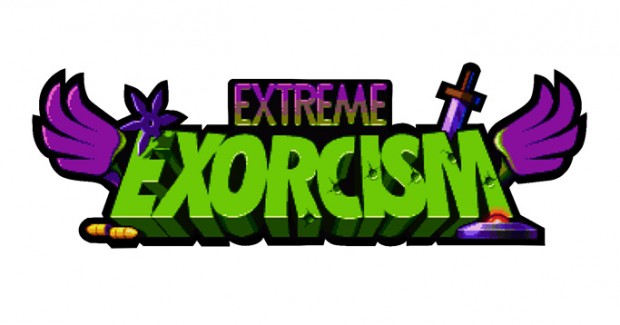 Extreme Exorcism is a paranormal platformer with a fun twist – you fight the ghosts of your past! Not only that but they also mimic your exact moves and the exact weapons you used! How is that for a challenge? Are you ready to learn more about Extreme Exorcism?

Here’s the gist of things: When you start you’ll only need to defeat a possessed piece of furniture that is up to no good, but after you take care of that, you will begin to battle a series of ghosts that are as cunning and smart as you… because they act just like you! Every time you die or complete one round, the number of ghosts will grow, and each one will copy all of your movements to try and put an end to you. It is your job to exorcise the ghosts of the haunted mansion and the ghosts of your past and avoid their deadly attacks. 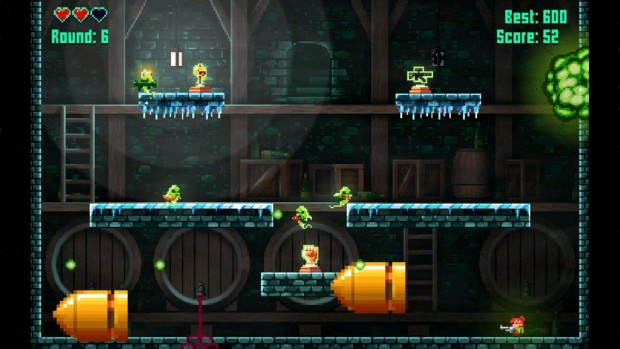 You have four exorcists to choose from: Ace Blade, Mikoto Itako, Mae Barrons and Slyvia Barrons. Characters don’t have unique skills and all share the same abilities, so you are free to choose whoever you like best. When you start your only weapon is your fists until you start accumulate kills to unlock more weapons.

Instead of levels getting harder or ghosts getting tougher, ghosts just multiply with each round and, as stated before, mimic all of your movements and the weapons you use. After the nasty chair, you’ll start by fighting just the one ghost, but then in the next round there will be one more ghost around and so on, and the “game” will end once you’ve run out of lives and you can’t fight no more. You get three lives and must survive long enough to earn enough points to unlock the next area in the mansion. Each round is won by defeating the ghost that is wearing the crown, so you must zig and zag your way around the level as you try to stay alive until you can defeat said ghost. 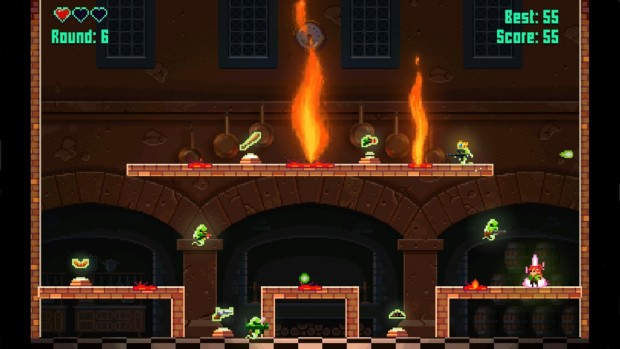 Extreme Exorcism has two game modes. First is Arcade Mode where you run into 45 levels across eight rooms and the graveyard. Each room has five levels for you to complete, and you will definitely get better the more you play since fast reflexes are a must and the only way of getting good is by screwing up.

You have lots of weapons to unlock. Swords, shotguns, throwing knives, a ricochet gun, a boomerang, a rocket launcher, and bows, just to name a few. I had a lot of fun unlocking more and more weapons, and I always had a good time when I managed to get my hands on a new weapon only to be defeated by a ghost, because this meant I now had to find a new weapon as I avoided the ghost that was using said new weapon! 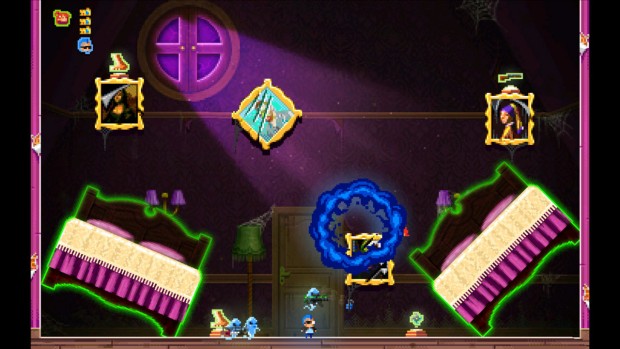 The only power up the ghosts cannot mimic is the awesome exorcism power up that, when activated, will exorcise any ghosts within the vicinity of the purple light the player will emit. It is best that you wait until there are several ghosts close to you because once you activate the exorcism power-up you will move at a very slow pace.

And then there is the Challenges Mode that unlocks as you progress in the main game. There are five tiers with ten challenges in each for a total of 50 challenges. They consist of X amount of kills in a set amount of rounds or killing with a certain weapon for X amount of time. The challenges are varied, and they unlock naturally as you progress through arcade mode.

Aside from the single-player modes there is four player co-op either on the couch or online and it is very similar to Towerfall Ascension – it is fast and furious. Personally I loved the arcade mode the best out of all three available, but the co-op mode does get very good with a full group! 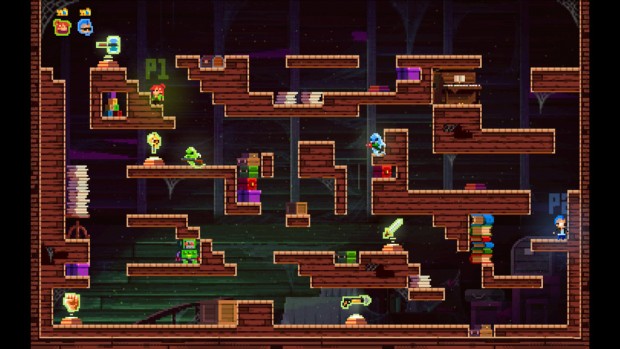 Extreme Exorcism is a very crazy fun original title. I don’t think i have played a game even remotely similar to Extreme Exorcism. I absolutely loved the mimic mechanic – the fact that your very own actions can lead to your demise is fantastic. The graphics and the quality of the content are second to none, which is even more impressive considering Golden Ruby Games is a two-man studio.

Dragon Quest Heroes: The World Treeâ€™s Woe and the Blight Below Now Available