After reviewing the main campaign for Alien: Isolation, it is now time to dive into the DLC content for the game! The Crew Expendable DLC was originally offered as a pre-order bonus for the Nostromo Edition of Alien: Isolation back in 2014, and it is based on key events from the Alien movie universe. Now Sega has released the complete collection that includes both Crew Expendable and The Last Survivor DLC missions. I will be reviewing the Last Survivor DLC soon, so be on the lookout for that!

The mission opens with a scene where Parker, Lambert, Ripley, Dallas and the others are sitting around the table trying to figure out who is the one that is going to seal all the hatches on the ship. The first thing I noticed was how much each character looked just like their movie counterpart – the attention to detail is amazing and lifelike, and it is almost like you are actually seeing the real thing! 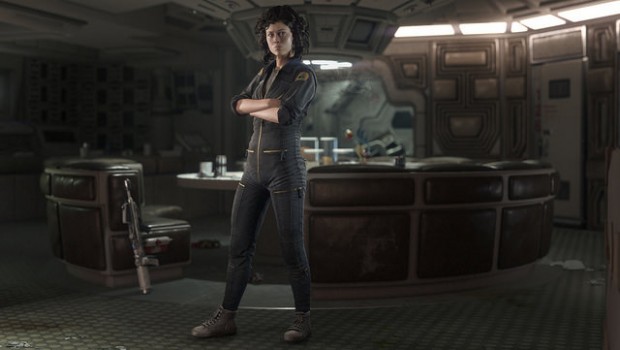 The Crew Expendable DLC takes place a short time after the birth of the Alien. The whole crew is still alive – minus Brett and Kane. You have a choice of three characters to play as: Ripley, Dallas or Parker. Choosing a character has no bearing on the outcome, but the dialog will slightly differ per character.

You start out with only the flamethrower as your main weapon, but you need to find ammo before you can progress. It would be unwise to go on without it as you do not know what is lurking around every corner! You must, therefore, look around each room close to the galley and see if you can find some flamethrower ammo. Also, pick up any crafting items so that you can craft medkits and flares. The flares will act as your torch in dark areas. Your flamethrower does make for a good torch as well, so you have a couple of options for lighting when you need it.

When you have some ammo, you can start the game properly. Lambert directs you in the way you need to go by shouting left or right. When you enter a room, she will say it’s around here when you need to find or do something specific.

The Crew Expendable DLC is very much a survival of the fittest game – it is you or the alien. Your job is to outwit the alien and get it into the airlock as quickly as possible so that you can send it out into space. This DLC mission lasts around an hour or so, and just like the main game this has multiple difficulties. 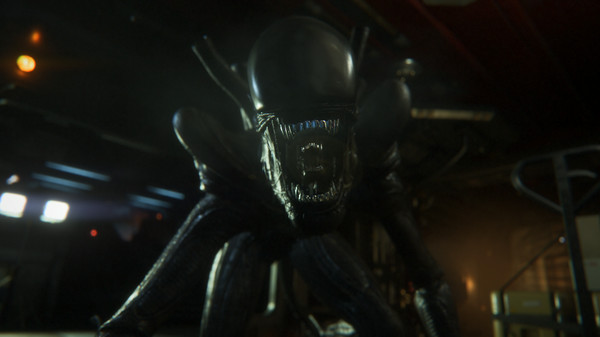 I really enjoyed playing the Crew Expendable DLC. Although its a bit short, I found it to be very filling and full of jump scares. The suspenseful music will have your heart skipping a beat! When an alien is close by you will hear weird noises and your controller will vibrate, just like in the main game!

So if you own Alien: Isolation – The Collection or the original standard edition and have not played the Crew Expendable DLC, you should definitely give it a try today!

Square Enix Working On A Physical Release For Life is Strange!