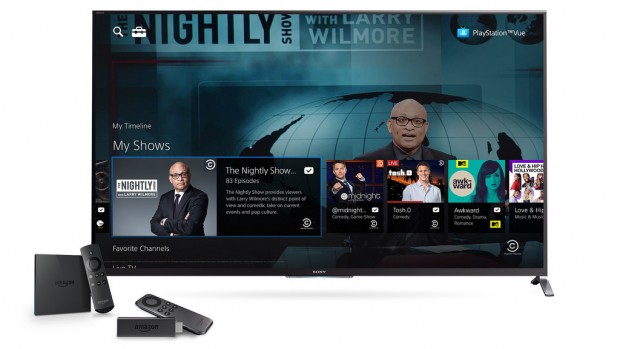 Sony has announced that PlayStation Vue is now available on Amazon Devices. Owners of the Amazon Fire TV and the Fire TV Stick can now use their current PlayStation Vue account on them, giving them access to a large range of channels such as SHOWTIME and Fox Soccer Plus. There’s also an option for getting packs with several channels for people in New York, Los Angeles, Chicago, Philadelphia, Dallas, San Francisco Bay Area and Miami.