Toki Tori has been released on many platforms over the years, giving new life to this classic. The original version released on Nintendo’s GameBoy Color back in 2001, and it was inspired by Eggbert, a game released in 1994 for the MSX 2. Toki Tori was later ported to Nintendo’s Wii on Wiiware, giving it a whole new look and feel before eventually making its way to PlayStation platforms. It’s arrival on the Nintendo 3DS is set at a budget price of $1,99 / â‚¬1,99, which makes this a puzzle game that all 3DS owners should get. Now let’s get started with the review!

Toki Tori is a fun and cute puzzle/platformer where you play as a bird on a mission – Toki Tori must collect all the eggs in each level to rescue his friends, but things are by no means as easy as it sounds. The further you progress the more difficult the levels become, but worry not as you will have some tools at your disposal to help you succeed in even the most difficult stages. 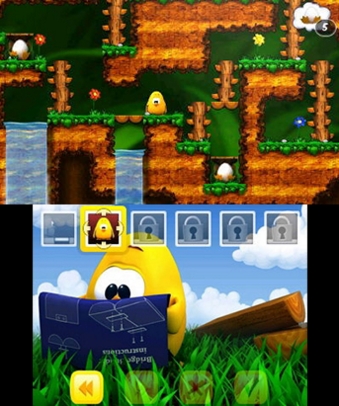 The game can be played with either the stylus or with buttons, and it doesn’t matter which you choose as both the stylus and button controls work really great. I used a mix of both depending on the situation as I usually do in most 3DS games where there’s an option between both control schemes. 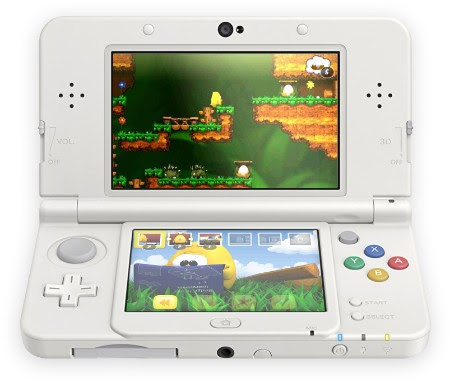 There are dozens of stages to chew through, and you start with limited abilities at first so that you can learn about the new tools you unlock as you go. You’ll soon gain access to portable bridges, and later on you will be able to unlock other tools like a teleporting device, a block and even the freeze-o-matic, a very handy tool that will turn enemies into a large block of ice. 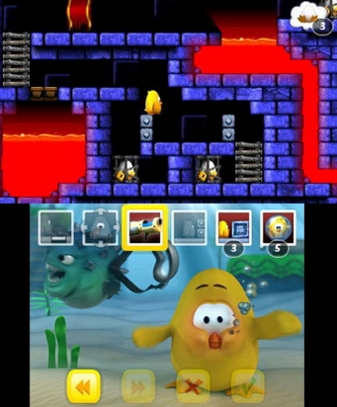 The main campaign is split into multiple worlds with gorgeous locations and ever increasing clever puzzles to solve. On top of the content for the main campaign, there are also hard and bonus levels to enjoy, so you are getting a lot of content for such a bargain price.The graphics are very pretty, and the controls work absolutely fantastic so you can easily play with the stylus or buttons and feel comfortable. The puzzles, especially in later levels, become harder and require more planning, but solving them makes you feel great. 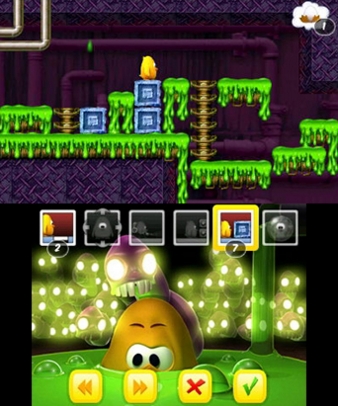 If you haven’t played Toki Tori, then I encourage you to give Toki Tori 3D a go. The price is perfect, and you’ll get a lot of content for your money that will keep you busy for several hours, testing your puzzle skills to the fullest.

Disclaimer
This reviews is based on a copy of Toki Tori 3D provided by Two Tribes.

Minecraft: Story Mode Episode 3: The Last Place You Look Is Out Today!

Ready For Some New DLC For Batman: Arkham Knight?