We’ve finally reached the conclusion of the 6-part episodic Game of Thrones game. This last episode is titled The Ice Dragon, and answers this question: Will House Forrester Survive?

If you need context on the earlier episodes, check our reviews for the first espisode, the second episode, the third episode, the fourth episode and the fifth one before checking this one.

Your story is about to come to an epic conclusion. With House Whitehill tightening its grip on Ironrath at the behest of Ramsay Bolton, the remaining Forresters must give their all to save the family, whether through diplomacy, subterfuge, or violent force. In the frozen wilds beyond The Wall, Gared learns the secrets of the mysterious North Grove, and Mira discovers that political games in a King’s Landing controlled by Cersei Lannister often involve the highest stakes of all.

(Be warned that, given the nature of the game, this next segment might contain spoilers.)

The Ice Dragon starts with Gared reaching the North Grove – will he find the answers he’s been seeking? On her end, Mira in King’s Landing will have to suffer the consequences of all the events that happened in previous episodes. At House Forrester, things are looking bad, what with Ludd’s Army right at the gate. Will things work out in a civilized manner, or will blood be shed?

Story-wise, this episode sure didn’t disappoint, and it is effectively packed with what seems to be the foundation of an unannounced second season.

(End of the spoilers section.) 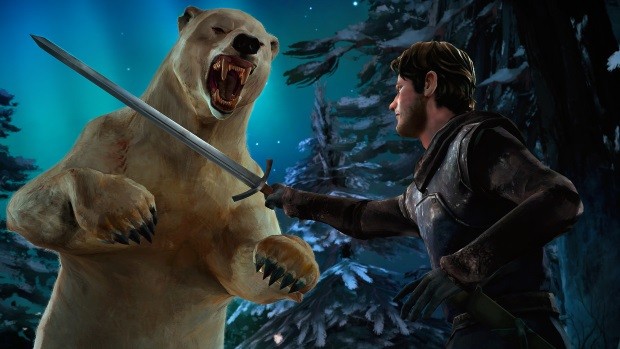 Now that I’ve talked about the story and the setting, I need to discuss some SERIOUS issues this game suffered on the Playstation 3 hardware. I already mentioned that earlier episodes had frequent slowdowns, and long loadings of action scenes. Well, this sixth episode was BY FAR, the worst of the lot. This time, loading time at some points took more than a full MINUTE before going to the next screen, which would be acceptable if it wasn’t for the frequent slowdown (and I mean, getting as low as single digit frames per second) in fighting scenes, which led to unfair quick time events misses.

At about the last third of this episode, a whole segment of the game’s background music failed to load, and the same happened for some sound effects and voice overs. Some were delayed by as much as a few seconds and that greatly reduced the momentum the game was trying to create. I checked online, and I was not the only gamer encountering these issues (see here and here). To put things in perspective, I asked a friend who played this episode on his iPad (which I thought might be an even lower hardware), but he didn’t get even one of the issues I encountered on the Playstation 3. 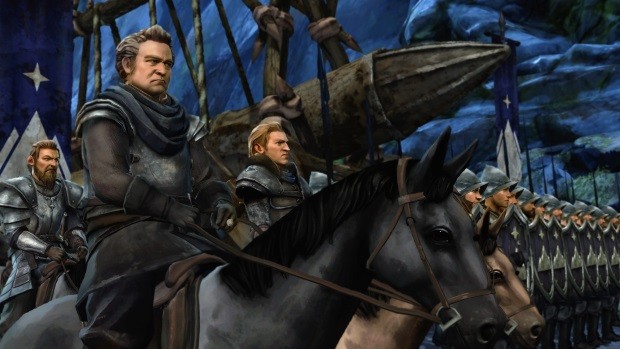 Final Thoughts
Telltale’s first season for Game of Thrones has come to an end. What will be my memories of this experience? It definitively was a good story, with many clever plot twists, but sadly what I’ll truly remember are the performance issues I encountered while playing it on my Playstation 3. Should you play this game? Yes, but definitively refrain from purchasing it on Playstation 3.

[review pros=”Story conclusion was great to see….” cons=”… but performance and audio issues on PS3 crippled this last episode” score=70]

Interested in Game of Thrones? If so, why not support us and buy it on the Playstation 4 from our Amazon Store?

Save 10% off your purchase on the PSN this weekend!