Are you ready for more Dynasty Warriors?? Then get ready for Dynasty Warriors 8 Empires ready to rule your Vita. Hopefully, your Vita can carry the weight of a Kingdom as you make some serious decisions that will greatly impact the future of your people.

DYNASTY WARRIORS 8 Empires is the latest installment of the ‘Empires’ series, in which you aim to conquer ancient China using both strategy and the one warrior versus one thousand tactical action the WARRIORS series is known for.

The player becomes a hero from Three Kingdoms era, with the goal of unifying all of ancient China under their rule via strategy and battles!

DYNASTY WARRIORS 8 Empires was released on the PS4 back in February, and finally the Vita faithful who have been patiently waiting for a port have been rewarded. Not only are you getting the game, you are also receiving all of the previously released DLC.

For those of you who are not familiar with the Dynasty Warriors series the game is a long running hack and slash game focusing on huge battles and your characters turning the tides of said battles by using their powerful combos and special powers. You will often be killing thousands of soldiers while playing as you strategically move through the battlefield. For years, the formula has been refined, having multiple iterations of the same game focusing on other skills while playing. The Empires expansions tend to focus more on the strategy and tactics while playing. 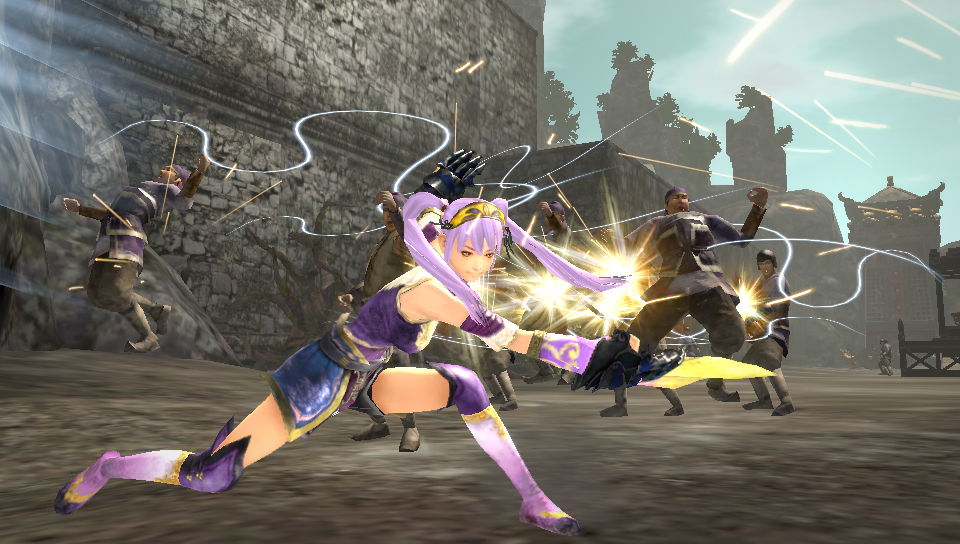 So how did the Vita port turn out?

Dynasty Warriors 8 Empires takes the tried and tested gameplay of the regular Dynasty Warriors series while finding a way to add more strategy on top of everything. It includes better-designed maps where you need to pay more attention while playing so that you are not overtaken, and the use of Stratagems to help you change the tides of battle is a must.

The game starts with you creating a character with it’s robust create a character mode. It’s very open for you to craft whatever character you would like giving me tons of options. Very impressive. You then enter the story mode of the game where you are thrust into the need to make big decisions for your characters. A lot of the game is spent out of the battlefield managing your armies, territories, and choosing to go to war. Before I forget: you will also get chances to modify your banners, horses, and soldiers allowing for a lot of cool customization!

This actually works very well on the Vita. It reminded me of all the visual novels I have played before with all the text and decision making needed to make the game work. Because how the open-ended this adventure is, there is less storytelling in some ways from the main series, but this is because you are making your own adventure as you go as you decide how to rule the three kingdoms. 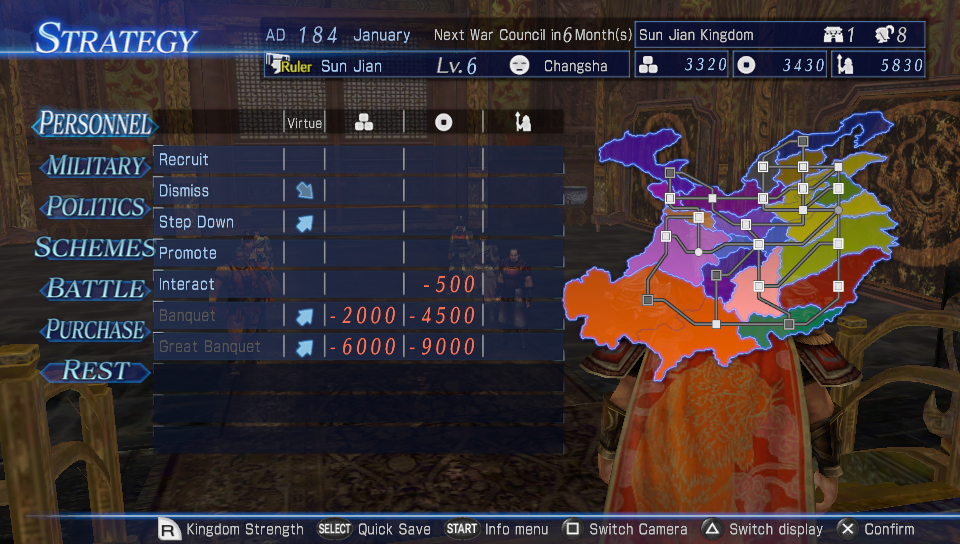 Another aspect I really liked while playing on the Vita was the touchscreen controls. When doing past reviews from the Warriors series I always found they had utilized the Vita touch screen very well. For this one, it’s even better. When launching the Stratagems on the battlefield, it’s one quick tap to pull up your options, and then another one to choose it.

The same fun hack and slash gameplay has returned from the previous games. You can play as upwards of 80 characters from the series, each one with unique fighting style, weapons, and special moves while on the battlefields. What’s really cool is you can switch on the fly between several characters to control, allowing for fun and dynamic battles with little down time for players.

Considering this is essentially a “port down” from it’s big brothers, the game came out looking great. I know these aren’t the easiest games to run due to the massive amount of characters on the screen at once, but by reducing how far you can see on the battlefield they have created a comparable experience. It’s actually quite a testament to what the Vita can do and handle, and I hope other developers out there realize the power that they could have with this machine if it is supported properly.

There are 48 trophies in the game including 3 Gold, 8 Silver and 1 Platinum Trophy. That means there are a LOT of Bronze trophies for you to earn. It’s actually not super hard to obtain the Platinum trophy, but it is time-consuming. Some people are estimating the time to Platinum between 75 and 100 hours. If you are going after this make sure you clear you calendar and get ready for a lot of fun. 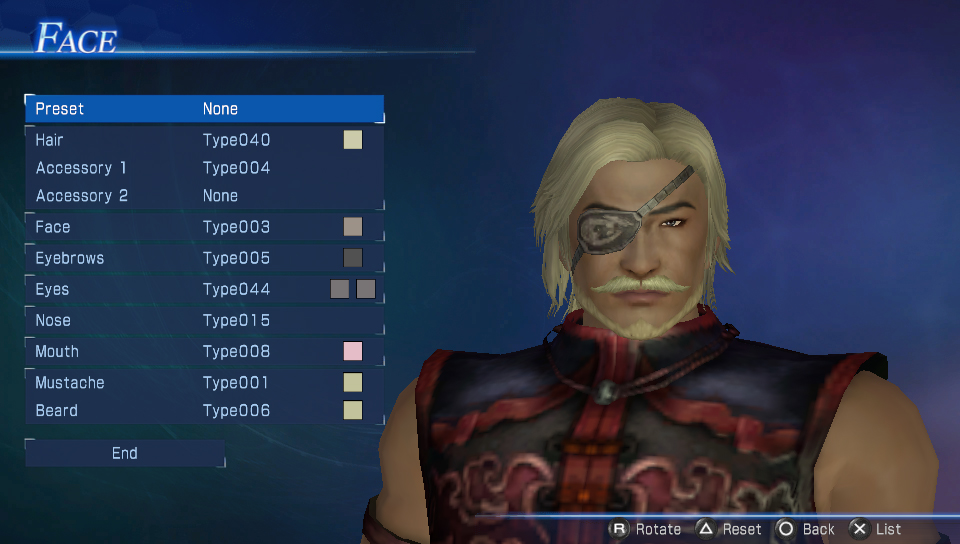 DYNASTY WARRIORS 8 Empires is a great release on PS Vita. It takes the console experience and brings it to the handheld in style. Due to the strategy and planning element this game feels like an even better fit for the Vita home. I also enjoyed the use of the Vita itself to deliver a different experience from it’s big brother counterparts. If you enjoy the Musou games, then you should be picking this up!

[review
pros=”Great port from PS4
Strategy out of battle is time consuming but fun!
Huge character choice” cons=”Some loss of draw distance to get on the Vita” score=85]

You can purchase DYNASTY WARRIORS 8 Empires from the PSN store