MediaThe Legend of Heroes: Trails of Cold Steel
No Comments

Discover the Cast of The Legend of Heroes: Trails of Cold Steel

Yesterday, Ceidz and I reviewed Trails of Cold Steel and loved it! We thought that if you were still on the fence and hadn’t decided if you wanted to play this game, you might like to get to know more about the characters’ background information! Are you ready?

Rean Swarzer is the character you’ll be following through most of the game. He is the main protagonist and the party leader and has a great personality! I enjoyed spending my time with him. 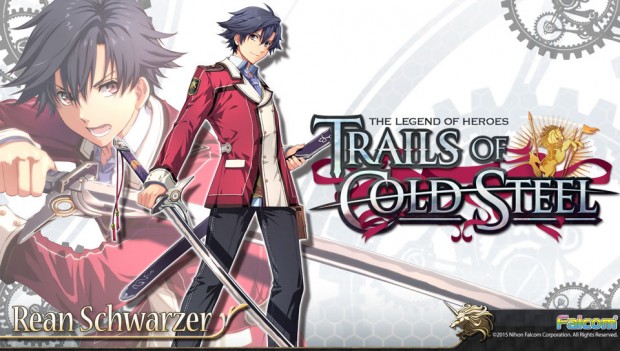 Elliot Craig loves music with a passion and he had initially wanted to go to music school, but his father had other ideas for him. Elliot is a very gentle and kind-hearted boy who is willing to give everyone a chance. He wields an experimental orbal staff that can damage enemies with magic.

Machias Regnitz passionately hates the nobles! He feels that nobility should be earned and not something you are born into. Machias is very proficient with shotguns, something you don’t see very often in JRPGs.

Gaius Worzel got into Thors Military Academy on a recommendation. He is a tall lad from the Nord Highlands, and he is always a reliable chap. He also joined the Art Club and is very proficient with spears.

Fie Claussell is quite a character – she’s an excellent student who, for some reason, likes to fall asleep literally anywhere! Aside from her sleeping problem, she is very agile and very skilled in combat! She wields dual pistols with bayonets attached to them, which is a very interesting weapon combination to have!

Alisa Reinford is a girl that speaks her mind. She is a long range fighter and uses bows. She desires to follow her own path, which is why she joined the Lacrosse Club in school. 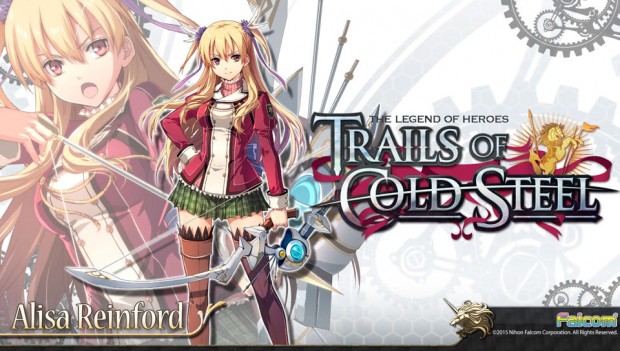 Emma Milstein is very bright and got into Thors Military Academy via a scholarship, scoring first place in her class. Emma is Class VII’s president, a role befitting her intelligence. Like Elliot, she also wields an orbal staff that differs slightly in appearance.

Jusis Albarea is a very arrogant and pompous guy. He’s a character that fuels polarizing conversations which is why it takes some time for players to care for him. But once he opens up, he’s grand. He is a fencer and fights with a broadsword.

Laura S. Arseid is the daughter of a Viscount, who is the ruler of Legram. She joined the Academy to improve on her sword skills, and also joined the Swimming Club at school.

There we are! The nine main characters of Trails of Cold Steel. As you can see, each has his/her own personality and very different choices for weapons, which makes for varied combat strategies. They will spend the year together getting to know each other and bonding to form close relationships as they work on a ton of quests!

2015 Gaming In Review Part 3:
What Were Our Best PlayStation 4 Games This Year?