Who here has played any of the previous Trine games? Did you enjoy them? Well if you did, you’ll be happy to know that Frozenbyte is back on PlayStation 4 with Trine 3: Artefacts of Power. Trine’s main characters are back as well – Pontius the Knight, Amadeus the Wizard and Zoya the Thief are ready for another adventure!

The Trine series is a physics-based puzzle/platformer franchise where each character has his/her own abilities. For example, Amadeus can conjure crates and move them around (or drop them on enemies!), Pontius can attack with his mighty sword, charge and glide down to safety, and Zoya is quick and nimble and handy with a bow and arrow.

In Trine 3: The Artifacts of Power, Frozenbyte have made the transition from 2D to 3D graphics to full-fledged stereoscopic 3D if you have a 3D TV that supports it. On top of this, the game runs at 60 fps and looks very, very good!

The game tasks you with collecting the Trineangles in order to unlock the next chapters, so it is worth replaying each chapter to find them all (and you’ll unlock a trophy or two on the way!) They are orange in color and shaped like a triangle. Some are in plain view while others you need to search carefully for. 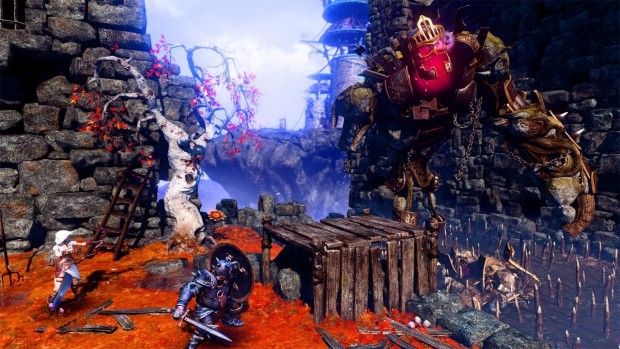 During your adventure, you’ll run into plenty of enemies that come in all shapes and sizes, but they won’t give you much trouble. Bosses, on the other hand, are a completely different beast. You see, boss fights are actually puzzles where you need to use specific abilities to defeat, and finding out what needs to be done is part of the fun.

As was the case for the other two Trine games, you can freely swap between the three main characters and use their skills as needed. On the whole, the game is not as tough as the previous Trine games. Oh, and if you’re missing some Trineangle here and there, you can replay the sub levels in each of the chapters to collect the ones you need.

The graphics are beautiful, colorful and vibrant, just like the work done for previous Trine games. In some sections of the game, the attention to detail is mesmerizing. I am glad Frozenbyte did not compromise on the sheer beauty of the graphics in favor of the 3D effects. You can easily ignore everything else and just fall in love with the beautiful landscapes of the game. 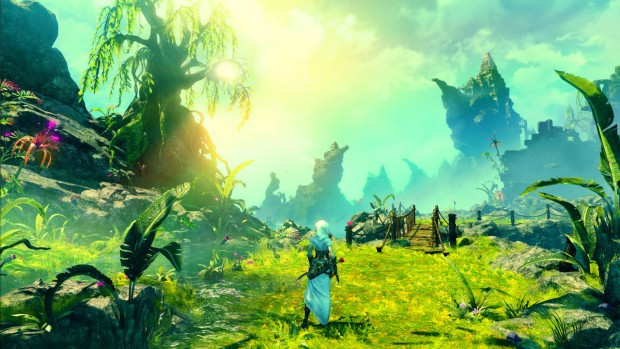 Something I do want to talk about is that, for some reason, Trine 3 has several bugs in place, and some will break the game so hard you’ll need to restart a chapter! But worry not because fixes for this are on the way, which is great news because right now I’m in the final chapter of Trine 3 and just shy of obtaining my 27th Platinum! Speaking of that, I am pleased to report that the Platinum trophy is easy to obtain and that there are NO missable trophies! We all hate missable trophies, right?

Before I go, I wanted to mention something else: once you play the game, you’ll notice that this is a shorter adventure when compared to the previous two Trine releases. I quickly realized this after completing the first three chapters in around 30 minutes or so. Sure, later chapters were a bit longer, but overall, you’re looking for around 5-6 hours at most to complete the game. However, the story is quite good, the game is very fun and addictive, and it looks amazing.


This review is based on a digital copy of Trine 3: The Artifacts of Power provided by Frozenbyte.

Get Your Copy Atelier Escha & Logy Plus Limited Edition Before They’re Gone!