After three long years of waiting, Yakuza 5 has finally been released in North America for PlayStation 3! Yes, it has been that long, but the wait was worth it. Right from the start you can tell that the switch to a new engine has really been great for the game – everything looks and feels more vibrant, more alive. Those of you that played Yakuza 4 are in for a treat since the story for Yakuza 5 picks up soon after the events of the previous game in the long-running series.

The legendary dragon returns to the criminal underworld of Yakuza. Kazuma Kiryu, once known as the Dragon of Dojima, was living a quiet life as a taxi driver in Hakata after severing all his ties with the underworld. However, at the dawn of the bloody turf war between the Tojo Clan and the Omi Alliance, Kazuma is forced to accept his inescapable fate and returns to a life filled with crime and violence to protect his loved ones. Yakuza 5 continues the epic story of Kazuma Kiryu and four other protagonists, Haruka Sawamura, Taiga Saejima, Tatsuo Shinada and Shun Akiyama. The saga plays out in five major Japanese cities – Tokyo, Osaka, Hakata, Nagoya and Sapporo. Yakuza 5 also features â€œAnother Dramaâ€ which is a series of extensive sub-plots that focus on each protagonist. The battle system and customization system have been enhanced from Yakuza 4 and various mini-games are available in the well-known locales from the series including night clubs and popular CLUB SEGA locations. 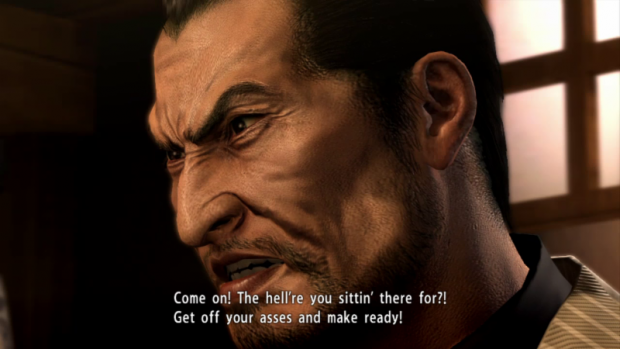 My journey into the world of Yakuza 5 started just like it will probably start for most of you: by freeing up some space on my PS3 HDD to make room for this massive download. Yakuza 5 is a download-only release in North America, and that means you’ll need 50 GB of free space to be able to download and install the game. Oh, but before that you’ll need to update your PS3 firmware AND the PSN store before you can even get to download Yakuza 5. It had been a while since I turned on my PlayStation 3 since I’ve been busy with a ton of Wii U, 3DS, PS4 and Vita games, so I had to do all of the above before leaving my PS3 on overnight to download the huge file since, as expected, PSN was acting up and the download was taking forever. 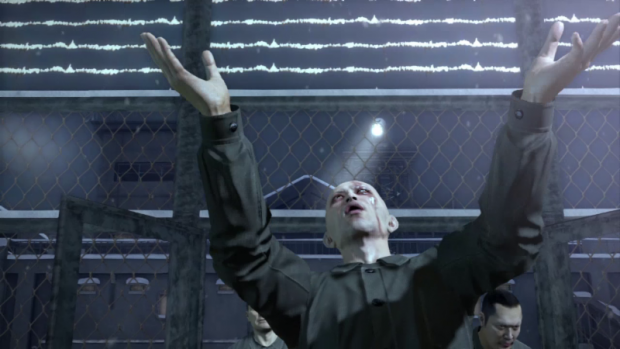 As stated above, Yakuza 5 picks up after the events from Yakuza 4 and allows players to control five main characters as they explore five distinct, rich and alive cities. Something new to the series is that players will get to control Haruka Sawamura, making this the first time you’ll play as a main female character, and considering this character is on a path to become the biggest idol ever, you can imagine how her sections offer new elements not present in previous Yakuza games! The other four main characters include mainstay Kazuma Kyuri, two returning characters from Yakuza 4 (Shun Akiyama and Taiga Saejima) as well as Tatsuo Shinada, a completely new character. 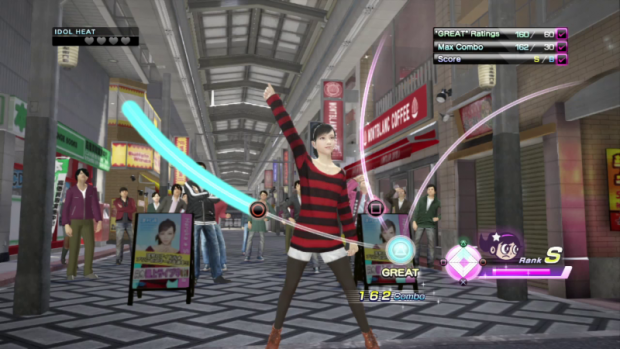 What will you be doing in Yakuza 5? Lots of things! Along with the games proper story (which I won’t spoil in this review) there’re dozens of “sub-quest” you can take on to expand on the story for each character. On top of this, there are several minigames to keep you busy, changing the pace of the game as you go from fighting crazy Yakuza thugs in the streets to driving around in a Taxi as you try to defeat a gang of drivers who are up to no good, to playing a rhythm game during Haruka’s sections, or taking on some relaxing fishing are just some of the things you’ll be busy with on Yakuza 5. 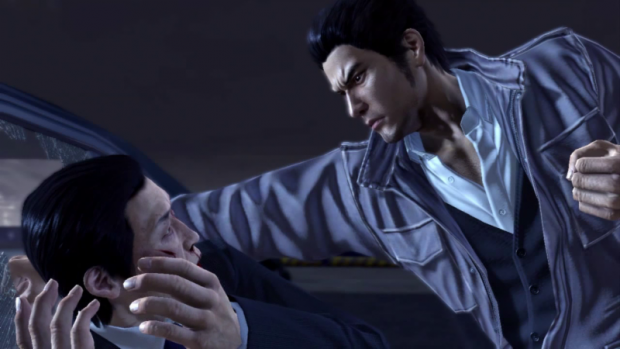 You’ll also get emails on your phone every now and then, and you can check them out in the pause menu. The first one I got was for an online store that opened up (how 21st century!), so I immediately ordered a club sandwich so that it could be delivered to my house. I was about to go to my next objective when I realized a club sandwich on its own was not going to be enough for my hunger, so I also bought some superglue, habanero powder and an energy drink to make it a proper meal. I was on my way home when I got another email saying that my order had shipped and that I could either get it at home or at a convenience store… which was a bit weird since that’s not how shipping works, but whatever. I was passing a convenience store when I got the email, so I figured I might as well grab my stuff and eat on the go. 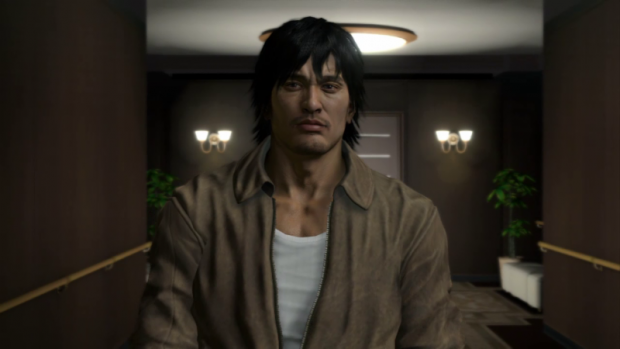 But the fun doesn’t stop! There’s never a dull moment in Yakuza 5. For example, when I went into the convenience store I realized could take a look at the magazine’s section and check out the covers for dozens of real magazines published in Japan such as Young Magazine, Weekly Shonen Magazine, Leon, Digimono Station, and Weekly Famitsu to name a few. On top of that, you can purchase energy drinks, ramen, soup, rice balls, bento lunches, sandwiches, sake, milk, sushi, coffee, tea, beer, salt, pepper… or an umbrella! As long as you have money to buy stuff, you’ll always find something interesting to spend your hard-earned cash. Also, ordering food and drinks is a requirement for a trophy in Yakuza 5, but luckily the game isn’t cruel and will actually mark the stuff you’ve already ordered, so that makes this a very time-consuming trophy that you can, at least, aim at getting knowing you won’t be wasting your time having to print out a list and manually marking all the things you’ve already gotten at least once. Oh, and if you search around you’ll even find a fully functional arcade machine for Virtua Fighter 2. Yes, you can play Virtua Fighter 2 inside of Yakuza 5! How cool is that? 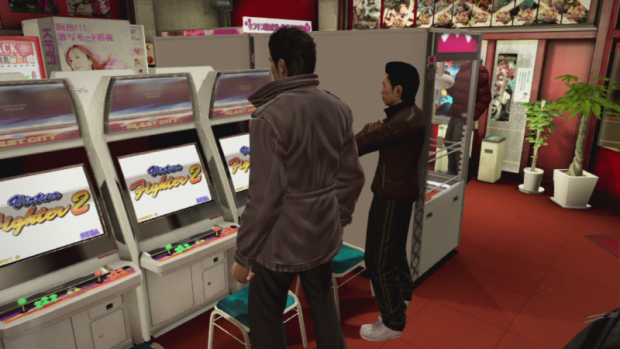 Trophy hunters are looking at well over 100 hours for getting the coveted Platinum trophy for their collection, so this definitely isn’t an easy game for that! The good thing is that only two trophies are missable. One of them has to do with defeating Haruka’s idol group rivals in Princess League, while the other is the aforementioned “gotta do everything and collect everything” trophy. Just be sure you never sell any item that isn’t a plate so that you don’t risk selling one of the rare items required for creating weapons and equipment, and you should be fine. Hall of Famer is definitely a time-consuming trophy, but it’s not impossible to obtain!

The game is available with Japanese voice acting and English subtitles, which was to be expected considering the large amount of dialog that was recorded for the game’s Japan release, and that if said dialog had to be rerecorded we might not have gotten Yakuza 5 at all considering this is a game on a console in what is probably its last year with a major release in North America. 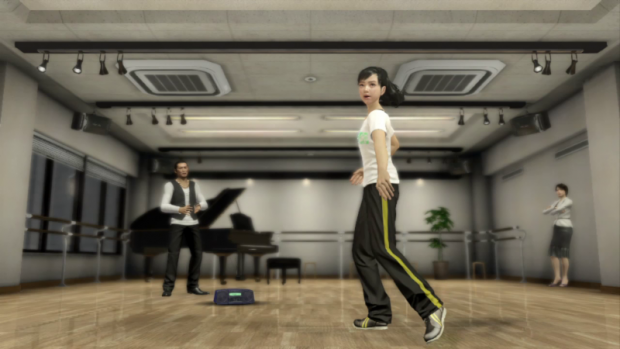 I could go on and on about all Yakuza 5 is great at, but by now you’ve probably realized this is a “must buy” for all PS3 owners and even more so for fans of the Yakuza series. If you want a fun game that doesn’t take itself too seriously here and there, if you want a game that has a wide range of activities to keep you busy, if you want a game where you can play a SEGA game inside of a SEGA game, then go download Yakuza 5.

Disclaimer
This review is based on a PS3 copy of Yakuza 5 provided by SEGA.