All tables in Zen Pinball 2 are very easy to pick up and play but extremely difficult to master, and Star Wars: The Force Awakens Pinball table retains that same charm. The Force Awakens table has an unusual arrangement compared with previous pinball tables since there are some safety lanes on each side of the out lanes and a zapper that will save you from an instant death from time to time. The middle lane is the autosave which can only be used a set number of times per ball – because of this you are able to score bigger points than you could with other pinball tables. So if you want to see your final score run into the millions, then this is the table for that. 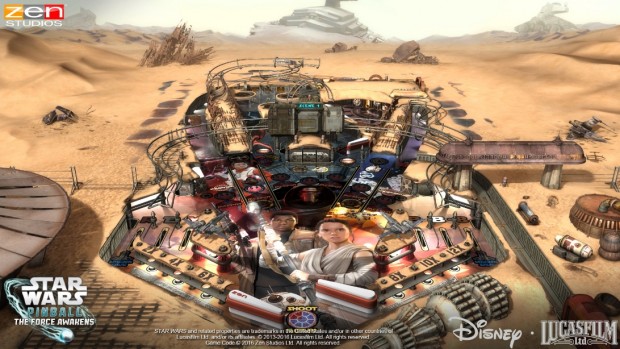 This table focuses on providing you with a lot of chances to score massive points, along with a stronger emphasis on multiball thanks to the Rathtar multiball – these creatures are really ugly they have huge tentacles, too many teeth, and a large slug-like body! They have the ability to block lanes until you hit them with multiple balls to open their mouth, and you can score BIG points right after this. Scrapyard is another multiball option where balls can be launched into the mouth of a waiting scrapper. You can earn big points for hitting the roaming target on the table, so be ready and be fast! 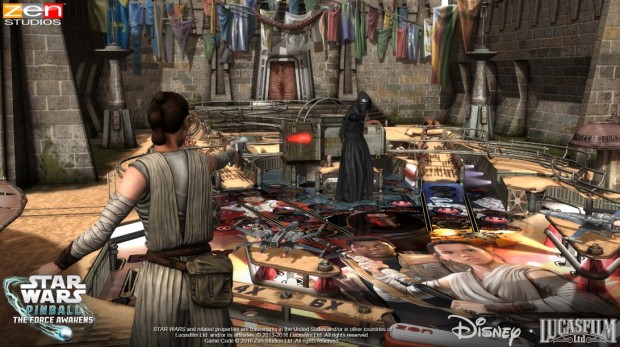 There is also a side table featuring a little droid that can be controlled by the player, and it features a timed minigame where you have to move him around to avoid nets that are dropping on him. It is an interesting minigame – not the best I have seen, but it adds a little variety to the table.

This first of two Star Wars pinball tables focusing on the new movie has you working for the rebellion and you battle against Kylo Ren and The First Order. You will see some recreations of scenes from the movie, so If you want to help Rey collect scrap or assist the droid BB-8 in his escape from the Jakku Scavengers, then this pinball table is for you. 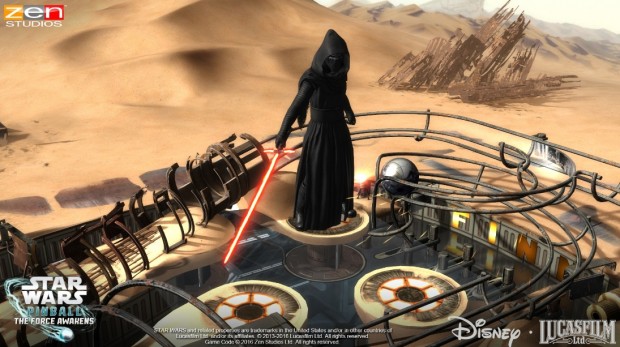 The graphics and animations are very good, with lots of color and sound effects that compliment the action. The music is excellent (as was to be expected), and it brings this new take on the Star Wars universe to life thanks to a fun and clever table design. 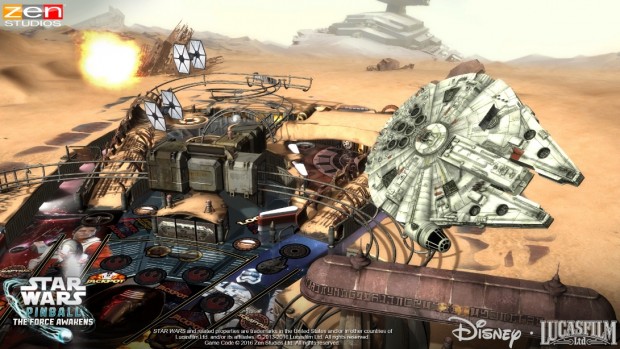 Watch out for my review for the Star Wars Pinball: The First Order table included in this table pack. Hopefully it will be as good as the table i have just reviewed!

Disclaimer
This review is based on a copy of the Star Wars Pinball: The Force Awakens Pack provided by Zen Studios.

Are You Ready For Megadimension Neptunia VII On PS4? 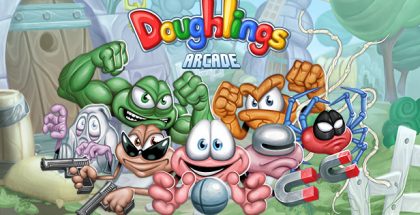