Zen Studio’s second table in the Force Awakens pinball pack is Might of the First Order, and it is a much darker pinball table. This time, the players will attempt to kidnap Poe Dameron and rule the Universe. Does that not grab your interest? It certainly sounds like an interesting table to play, don’t you think?

This table – alongside with one called The Force Awakens – is a tie-in release to coincide with new Star Wars movie. If you like the Star Wars franchise, you should definitely check these tables out to get a small idea of what to expect from the movie, and if you’ve already seen the movie (and you should have!) you can continue your adventure on this pack. 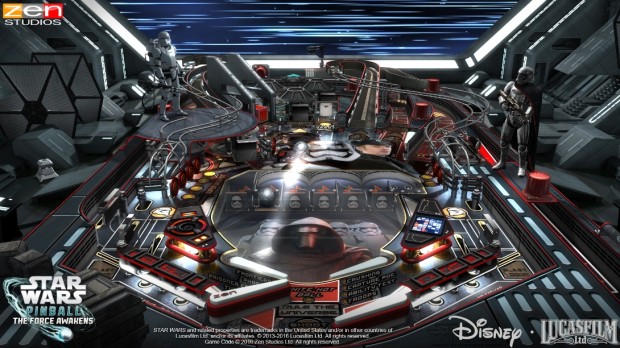 This table is the most traditional Star Wars table out of the two, with a few ramps to hit but without the table feeling as much of a score-fest like the one for The Force Awakens – but it is still very enjoyable as the story events are better than the first table. The pinball table for Might of the First Order table is a bit more challenging than the one for Force Awakens, so hardcore players will gravitate towards this table because of it’s higher difficulty. 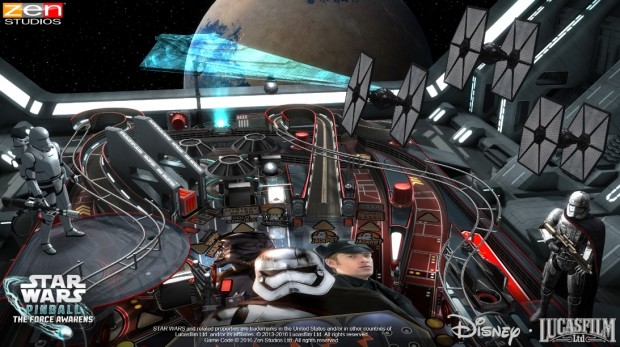 The Might of the First Order table has a transforming mechanic that allows you to visit locations from the movie. On top of that, there are multiple story modes for you to enjoy which will take players through thrilling moments from the movie. The backgrounds of the table change according to the missions you play -you will recognize this mechanic from the last pinball triple pack review I did a couple of months ago. With a bit of luck, they may become a recurring feature in future pinball tables as it is pretty fun to watch the changes during different modes.

The Might of the First Order table features a two-level playing field with the bottom level being a bit smaller and more compact. Here you will have the opportunity to play using a special lock system to crush the resistance, and you can control your own Star Destroyer with a magnetic upside down ramp. Is that cool or what? 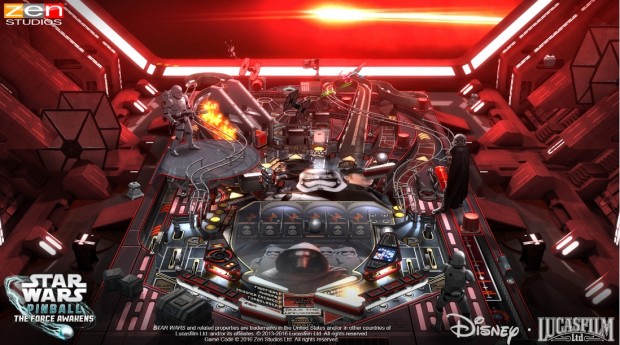 As a side note, the pinball tables are very spoiler-heavy, unless you are too excited to care! I’d recommend watching the movie first, so you do not spoil the actual movie for yourselves. Both tables feature snippets from the movie all the way through.

Anyway I won’t mention the story modes as they are related to the important plot twists in the movie, and it would be pretty stupid to spoil that for you, but I will say there are 12 story snippets and the backgrounds of the tables change with each mode or mission you play, and it is pretty awesome. 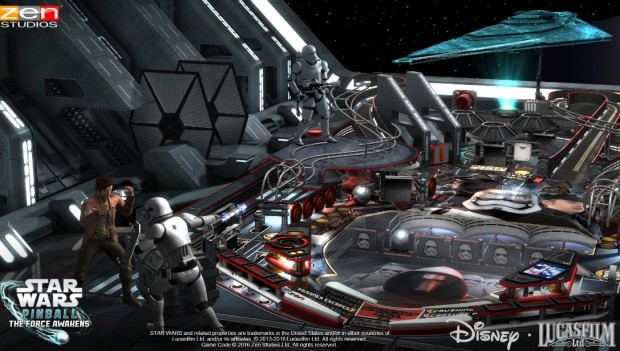 So you have two tables that are complete opposites, one is for the rebellion and takes place in a desert and the other is for the First Order and is much darker. Both tables feature leading characters from the movie like Kylo Ren, Rey Fin, Poe Dameron and Captain Phantasma, plus all the ugly creatures you will see during game modes. The graphics and voice acting are very good, as always, The character animations are absolutely first class. Zen Studios clearly cares about their Zen Pinball 2 platform, and no doubt they will continue to support the game for a long time to come. I hope you enjoy playing the new Star Wars: The Force Awakens double pack which is available in the store right now with cross-buy enabled, so pick a platform and get the other two versions at no extra cost.

Disclaimer
This review is based on a PS3 copy of Star Wars Pinball: Might of the First Order provided by Zen Studios.

Sign Up For The Next PlayStation 4 System Software Beta