Aksys Games has released Code: Realize ~Guardian of Rebirth~, a new visual novel on PlayStation Vita where players will control the fate of Cardia, an enigmatic girl living in an abandoned ansion near London that has been labeled as a monster by the villagers. Is this true, or is there more than meets the eye?

Restricted to an abandoned mansion on the outskirts of London in fulfillment of a promise to her father, lonely Cardia lives day to day isolated from the world. Her body carries a deadly poison that rots or melts anything her skin touches, prompting the locals to call her a â€œmonster.â€ Her last conversation with her father two years ago, telling her to stay out of sight and never fall in love, is the furthest back she can remember. One day, her quiet solitude is interrupted as the Royal Guards break in to capture her. It is then that Cardia meets ArsÃ¨ne Lupin, a chivalrous thief, who helps her escape the soldiersâ€™ clutches. She soon finds herself on a journey with Lupin to locate her father, who holds the answers to her mysterious condition. The two are soon joined by four more interesting and handsome gentlemenâ€¦

Tell Your Own Love Story! â€“ Play to experience your own romantic fairytale! Which of these dashing five will capture your heart and sweep you off your feet?
Handsomeâ€¦Literary Figures? â€“ Code: Realize ~Guardian of Rebirth~introduces five well-known European literary figures such as ArsÃ¨ne Lupin, Abraham Van Helsing, Victor Frankenstein, Impey Barbicane, and Count Saint-Germain. Do you recognize any of these famous names?
Immersive Steampunk-esque Settings and Characters! â€“Code: Realize ~Guardian of Rebirth~ is filled with 19th century industrial steam-powered machineries, Gothic-Victorian costume designs, and many gears and clock motifs!

As the game begins, Poor Cardia is all alone in a dark mansion. Outside, there’s a lot going on as a group of soldiers is getting ready to tackle the “monster” that lives in the mansion. As the men enter, they find Cardia all by herself and start to question if the so-called monster they were sent to destroy even exists. You quickly realize that Cardia (who you play as) has a weird condition by which anything she touches will cease to exist – a very rare and dangerous ability that must be contained.

After being captured, Cardia is taken back to headquarters to decide what will be done with her, but the group did not take into consideration that there might be someone out there who doesn’t want Cardia to be imprisioned. Arsene Lupin, thief extraordinaire, sweeps in to save the day and manages to rescue Cardia from the soldiers who are left confused as to what exactly happened. 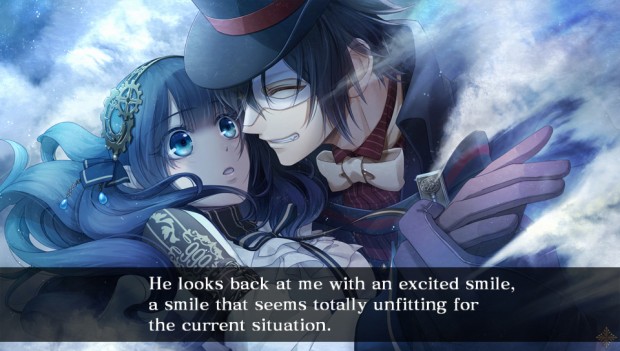 Once they’ve managed to put some distance between them and the very dangerous group of soldiers, Arsene finds out that Cardia has an artifact called the Horologium embedded to her chest, and that this could be the reason her touch is pretty much “poisonous” to everything and anyone who gets too close. Weirdly enough, her own clothes don’t melt away, so the pair set out on an adventure to find why Cardia has the Horologium and if there’s a cure that can change her current situation, giving her a shot at having a normal life. 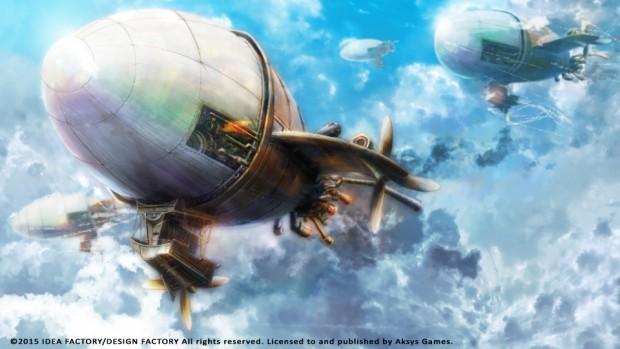 It’s a bit hard to review a visual novel because 99% of anything I can say after the previous paragraph is completely taking the review into heavy spoiler territory. What I CAN say is that the story is very long and that Cardia will meet many other men who, in true Otome tradition, will be romance options for Cardia. Will she find true love or will she never be able to feel the warm touch of another human being? 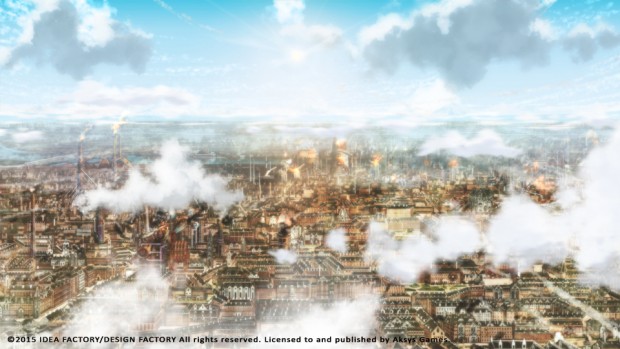 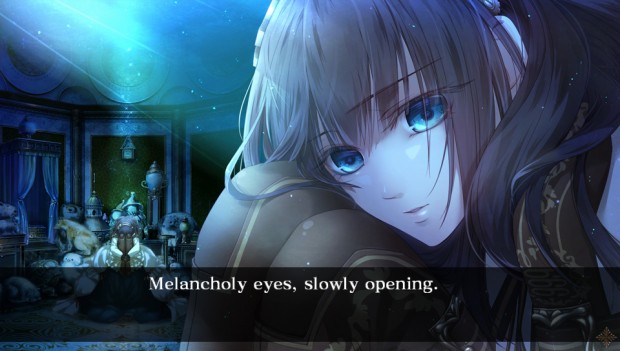 Disclaimer
This review is based on a copy of Code: Realize ~Guardian of Rebirth~ provided by Aksys Games

Smite: Battleground of the Gods Making Its Way to PlayStation 4