Lovers in a Dangerous Spacetime was developed for a Game Jam, but the team liked the game concept and decided to take their idea and turn it into a full game. Asteroid Base self-published the title for multiple platforms in 2015, and now it is the turn of the PlayStation 4!

The game is all about relationships and teamwork and being able to work together in harmony while in Space in order to solve puzzles and save an assortment of animals from their predicaments. Your teamwork skills in this game will be tested in either single player with an AI co-op partner in the form of a pet, or in full co-op mode with a friend or a significant other. 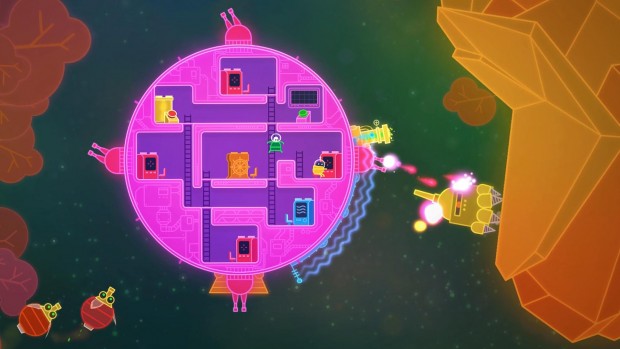 The aim of the game is to pilot the ship and fend off the space enemies as you control a number of terminals within a pink circular spaceship. You have terminals for weapons, shields, engine, the Yamato cannon and a map. Between you and your partner, be that AI or human, you will have to run up and down to various terminals to protect the ship from damage as you navigate the narrow spaces of the map, attacking hostiles as well as shielding the ship from constant enemy fire. It can get pretty frantic, but the important thing is to learn to work together to beat the game. And that is what Lovers in a Dangerous Spacetime is all about. 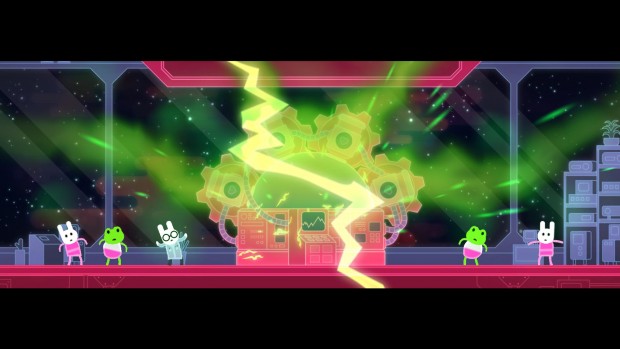 As part of the title suggests you have to travel the open space in a 2D setting, finding and rescuing animals throughout the levels to open the heart-shaped teleporter which will then take you to another level – you don’t have to collect all animals, which is good since that would keep some people from enjoying the rest of the game. Lovers in a Dangerous Spacetimeconsists of four campaigns, and each campaign has four regular levels and a boss level. 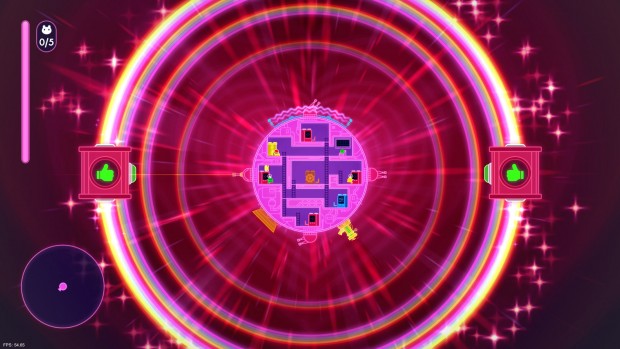 There are some collectible gift boxes that you can find during the course of the game, and they contain gems that can be used to enhance the ship’s terminals, It is difficult to know exactly what they are since the text that appears when you open the boxes is so tiny – it’s almost unreadable! 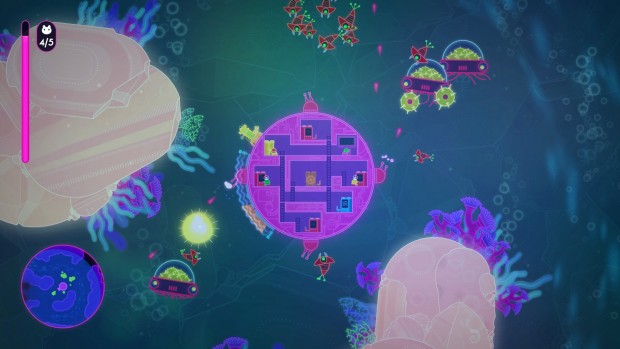 If you don’t have a human being to play with, you’ll be happy to learn that AI pet is pretty great. You hit the triangle button and use the analogue stick to issue your pet commands, and he will automatically go to your chosen terminal and do what needs to be done as you fly the ship. While that may sound easier than playing a human buddy, you do need quick fingers for this to work. When playing co-op with a human things will always be easier since you can each control your own actions and communicate on what’s needed. 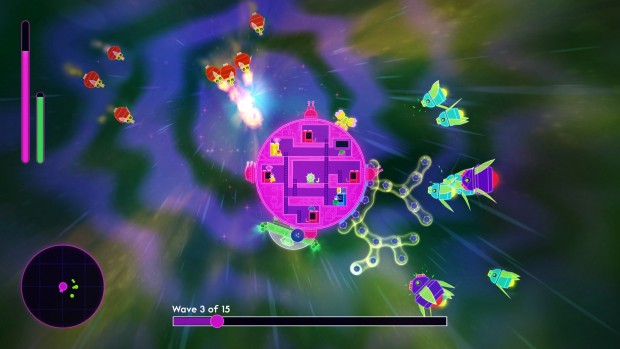 You’re looking at roughly about 6 hours or so before you can finish the game, and the game offers randomly generated levels for replayability, so you won’t get bored easily. I imagine some players can finish it less than that with speedrunning, but considering the game has a full trophy count which with a Platinum you’ll definitely need to do a lot before you can add it to your collection! 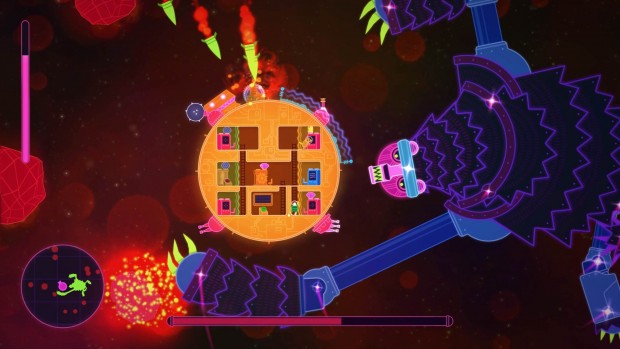 Graphically speaking the game is cute and vibrant and the art style kinda reminds me a bit of PixelJunk Shooter Ultimate – if you have played that game then you know what I’m talking about. Also, the music really fits the theme of the game and it will keep you going until the end.

Disclaimer
This review is based on a copy of Lovers in a Dangerous Spacetime provided by Asteroid Base.

PS Plus Exclusive Beta for Hitman Coming Next Week