Arslan - The Warriors of LegendFeaturedGame Reviews
No Comments

Arslan: The Warriors of Legend is a very addictive Cel-Shaded game in the Dynasty Warriors style. The graphics, gameplay and the core mechanics are absolutely wonderful, making this a very easy to pick up and play release. The story is the meat of the game, and it is brilliantly told – I guarantee it is a game you will enjoy from start to finish!

The main protagonist is Arslan, 14-year-old Crown Prince of the Kingdom of Pars. He is forced to take over running his kingdom when a traitor from a neighboring Kingdom overthrows Pars. Once Arslan is free of his captors grasp, he mobilizes an army and takes on the treacherous Lusitanian Kingdom and tries to win back the kingdom for his father, the Shah Andragoras III. This is a game all about the political turmoil between two rival kingdoms which caused a civil war. How does that sound so far? 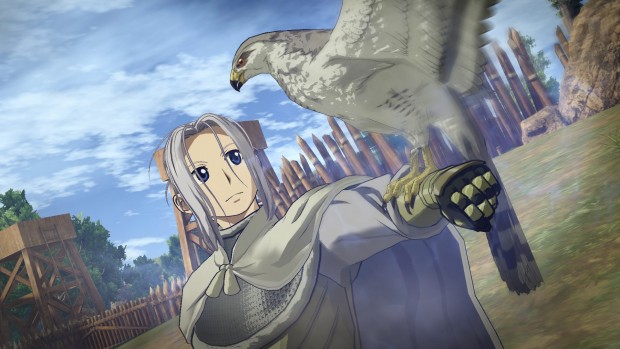 Arslan: The Warriors of Legend is a very story-heavy game with lots of combat, but unlike a true Dynasty Warriors game controlling units is all automatic, there is no customization thus making the game much simpler, and an ideal starting game for those wishing to experience this type of release without all the complicated customization that is in a proper Dynasty Warriors game. 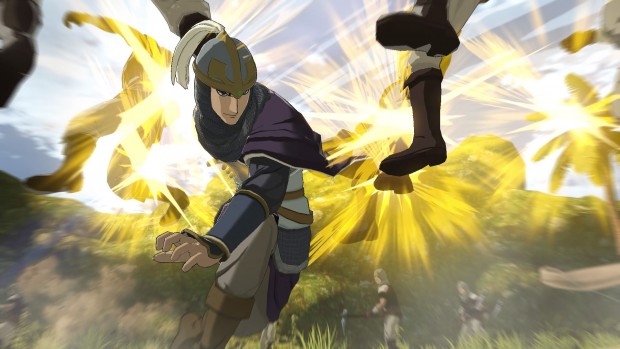 Upon starting your adventure, the very first scenario serves as the tutorial – you have to complete each training objective within a given time, and the faster you complete these objectives the better your grade. If you manage to get an S rank, you will get the best skill cards, and anything lower will also earn you skill cards but not the top ones. The best thing about the game is you can replay scenarios in Free Play mode to improve your rank to get better skill cards. Each scenario gives you a time of 30 minutes to complete – which is extremely doable. I have managed to complete many scenarios in much less than the 30-minute limit, so I suggest you just ignore the timer and enjoy your time with the game. 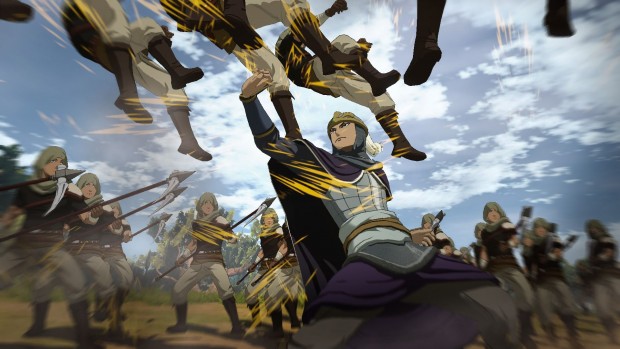 Once you start playing after the tutorial, you will find yourself on a battlefield with your unit beside you, and you have to fight your way through enemy hordes. The Crown Prince’s Army (that’s you!) is the blue army, and your enemy is in the red. During each scenario you will be given objectives to complete, which are also on a timer, so the faster you complete objectives the better your rank. Also, underneath the objective timer is the KO counter, and the more kills you earn, the better you rank becomes. You start with D rank, and when you get enough kills you can get rank S, so be sure to kill absolutely everything in sight!

During a scenario, you will have opportunities to perform a Mardan Rush. You will find a glowing blue field known as the “Rush Zones” and you can enter said field and press R2 to start Mardan Rush. While in this mode you can chain your attacks and you can even press the square button to perform a special attack to increase the number of hits during Mardan Rush. If you want to S-Rank all your missions, then make good use of this mode. You can also trigger a Cavalry Mardan Rush and Finish Mardan Rush. In Calvary Mardan Rush you attack as a whole unit, increasing the speed and the number of hits for your attack, and when your chained hits reach a set number then the duration of the rush time is extended. The Finish Mardan Rush happens when you have reached an obstacle – such fences or a horde of waiting enemies – and the finish will destroy anything you come across. 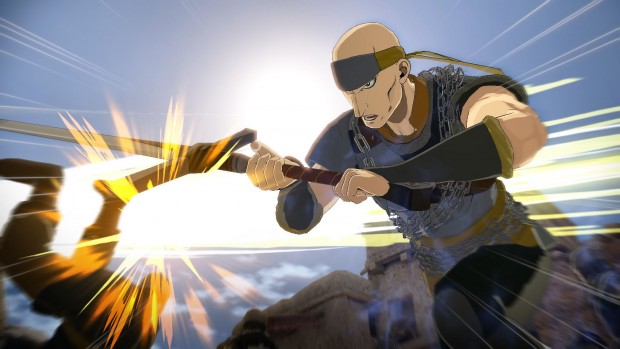 You have two basic attacks when you first start the game – until you have leveled up sufficiently and can use skill cards. Your heavy attack with the Triangle button and, of course, the light attack with the Square button will be your best friends since they allow you to chain combos by combining the two, and with enough power, you can initiate a chain strike that will cause considerable damage to your enemy. You can also use chain strike during Mardan Rush to rack up more KOs. Crazy, right? 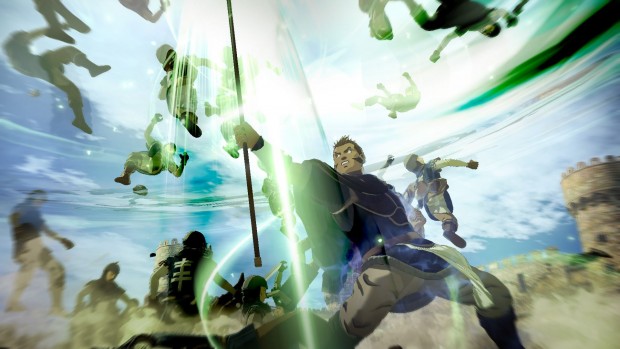 Some Scenarios allow you to switch characters, and you can replay scenarios in free play mode with any character you have unlocked. You can unlock around fifteen characters during story mode which will enable you to play those unlocked characters in free play mode. The characters are Arslan, Daryun, Narsus, Elam, Gieve, Farangis, Alfarid, Kishward, Kubard, Tus, Isfan, Hilmes, Jaswant and Zandeh Each character has skills that are unique to the character, so play them all in free play mode and experiment with who you like the best. Personally, I liked Elam because he was capable of getting to those hard to reach places! But Arslan is pretty cool too – I like his kind nature. 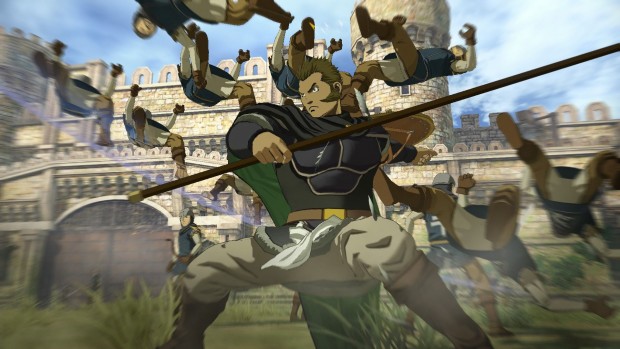 Defeating Generals and Majors will earn you skill cards that you can use in battle – there are over 200 skill cards in the game. You can equip a max of three at any given time, and you can also synthesize new skill cards, but that will cost you five skill cards to do. If there is a specific card that you want for your arsenal then creating through synthesis is a great option. This adds a little depth to the weapon and skills customization since you can also power up your weapons once you start to get elemental weapon skills – you can consolidate them away from the battlefield and increase your weapons stats to cause more damage to your enemies and generate elemental damage!

You can also collect recipe books to prepare food for battle and earn you extra stat boosts such as a higher attack or defense rating. You will also find giant white boxes scattered around the battlefield where you can find all sorts of stuff such as SP boosts, HP boosts, money, and more. 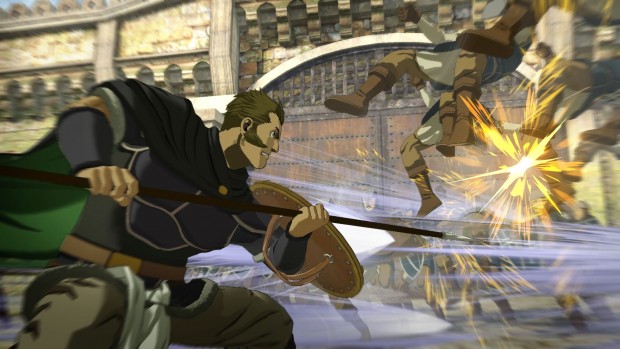 The boss battles in Arslan are pretty epic. Each boss has a shield you have to break through before you can start to chip away at its HP meter, and their shields automatically regenerate, so you have to repeat the cycle to defeat them. Getting S ranks may prove difficult on your first run, but you can try again in free play mode when you have better skill cards with better weapon arts.

Arslan: The Warriors of Legend is an excellent game with a fantastic story, and I highly recommend it. If you’re a fan of Omega Force and what they do with the Dynasty Warriors games, then you’re going to love this release, currently available on PlayStation 3 and PlayStation 4.

Disclaimer
This review is based on a copy of Arslan: The Warriors of Legend provided by Koei Tecmo.