Okay, here we are, reviewing Catlateral Damage! I was following the development of this game when it released on PC last year because I was of course extremely curious about this “first-person destructive cat simulator” but I was not originally sure if the official trailer for this game had sold me to the experience.

I played Catlateral Damage for several hours, so now it’s time to share my thoughts about this experience!

Catlateral Damage is a first-person destructive cat simulator where you play as a cat on a rampage, knocking as much stuff onto the ground as possible.

Like I mentioned, I was very curious about this new game, and I had one great fear before playing it: would it mimic hard controls like the excellent but awkward to manoeuvre Octodad: Dadliest Catch or I am Bread? Luckily, this ISN’T the case! The controls are exactly what you’d expect from a first-person title, and were easy to get the hang of. In fact, to its credit, the game as a whole is very easy to pick up!

Gameplay
As each level begins, you have a set amount of time to push as many objects as you can onto the floor. Objects that fall on lower planes like a bed or a table do not count towards that goal. At first, I was a little frustrated, because twice I was JUST about to achieve the objective (about ten items out of 300 left) when I timed out. My third run went better, and that’s when things clicked for me. Also, a lot of different cats can be chosen, and they are unlocked as you progress through the different levels, so there’s always an incentive for you to keep pushing.

In Objective mode, you are asked to do a clean run of four consecutive successful levels with the same cat. Fail once and you’re back to square one. The number of items you need to drop to the floor increases as you progress, bu so does the time limit. I finished my last objective with around five full minutes left, which confirms that the goals are relatively easy to achieve once you get the hang of the game!

If you want to play at your own pace and forget about the timer, there’s Litterbox (clever name!) mode where you can push objects as you wish without caring about timed objectives. I played it for a bit, but while having to think like a cat to reach the upper platforms needs a little “out-of-the-box” thinking, I thought the whole idea of pushing objects without the timer became old. The main issue I had with this game was that the gameplay doesn’t vary much so once you played a few levels, you might realize that the game lacks diversity.

Presentation
Regarding the game’s presentation, it features a ton of cat-themed puns, which were fun to see (Pawse Menu, or the Pawlatinum trophy for instance)! The soundtrack was catchy at first, but when you are doing a 15-minute long level, I thought that some of the themes eventually got on my nerves. The environments are generally bland, but there are a lot of different items to knock off shelves, tables and cabinets, and there are also a lot of real-life cat pictures to knock over and collect.

Sadly, remote playing on the Vita isn’t working very well since the push action is mapped to L2 and R2, which are mapped to the back panel of the Vita. It’s playable since other actions are working, but you should focus on the Sandbox… er, Litterbox mode if you’re eager to play on your portable console!

Final Thoughts
Catlateral Damage is a game designed for cat lovers. With the amount of real life pictures of cats that are displayed on all the levels, its wacky gameplay, and crazy premise this game might be right down your alley. I though that the gameplay got redundant after a while. While my kids liked watching me at first but they also lost interest in this game relatively quickly.

In this case, I thought that the $10 price tag was perfect for the experience.


This review is based on a digital copy provided by Fire Hose Studios.

Out Now On PS4 – Day of the Tentacle Remastered 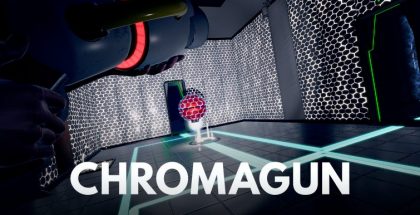