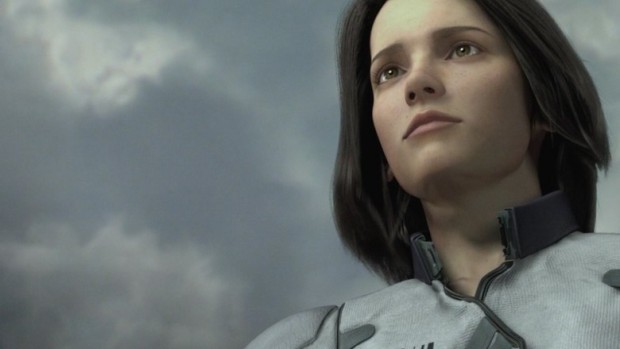 Over the weekend I got the idea to go back and watch Final Fantasy: Spirits Within, probably because I had been playing the Final Fantasy XV Platinum demo (and learning about the CGI movie that will accompany the full game’s release). Written in part by Hironobu Sakaguchi (Director of many Final Fantasy games), you have to wonder, did the movie age well? How does it stand on its own, more than a decade and a half later?

In the year 2065, the next great assault against an invading race of phantom-like aliens is about to be launched. Dr. Aki Ross, a brilliant young scientist, races to find the invaders’ secrets, not only to save the planet, but herself as well after her body is infected by alien particles. She teams up with the prestigious Deep Eyes military squadron, led by her old friend Grey Edwards. But as Aki, her mentor Dr. Sid, and Grey work toward a peaceful end, the scheming General Hein devises a plot to eradicate the aliens in one swift, destructive blow… even if it destroys the Earth right along with them

To be honest, at first I was still impressed by the CGI work – the environments are great and the characters aged relatively well. Back when I saw the movie for the first time, I was still a teenager, and I thought that Aki was cute. To be honest, I have to confirm that it is still the case! The CGI graphics are of course far from the level of polish we’ve seen in more recent CGI movie releases (such as, for example, Zootopia) but it’s still good. The technology is futuristic, and it was fun to watch what people 15 years ago thought the technology would be like in forty years or so. I particularly loved the immense ear-pieces those guys were using to communicate with one another!

Want to know what didn’t age well? The voice acting… It’s sad, but I even thought that the weakest voice acting character was Aki. Her voice acting felt very off more than once. One good example of this was during a very stressful moment towards the end, where she’s talking to another character like she was a daycare center attendant, instead of being stressed and edgy. Sid, the scientist, is voiced by the impressive and experienced Donald Sutherland, but more than once, I noticed that the voice acting for his character varied, and not in a good way.

Fun thing: the evil guy in this movie reminded me A LOT of Seifer from Final Fantasy VIII. They have similar intentions, gestures and even walk similarly!

Final Thoughts
All in all, watching Final Fantasy: The Spirits Within once again felt like watching a B-series movie – it was not memorable, but it was fun to watch. The movie starts really slow but eventually catches up towards the end.

Hatsune Miku: Project DIVA X To Be Released This Year!