Samurai Warriors 4 Empires has released on PlayStation 3, a game that comes out a few months after the launch of Samurai Warriors 4-II. Omega Force and Koei Tecmo America have once again teamed up to bring us the latest entry in the beloved Samurai Warriors franchise, so let’s see what their latest edition has to offer to us this time!

Samurai Warriors: 4 Empires allows you to import your save file from Samurai Warriors 4-II, which is a big thumbs up in my book. This edition gives players command over a lot of strategy options, politics and pure combat scenarios that unlock as players progress. The ultimate goal is to choose a clan and realise that clan’s ambition to the very end.

The game is huge and you will need dozens of hours to even make a dent in its content, conquering lands or uniting them, gaining allies and securing resources to build the biggest army to conquer Japan. The opportunities are plenty! You will recruit officers, earn money, cultivate land, appoint magistrates and more… what’s not to like?

The campaign mode called Conquest has two main campaign scenarios to play out and complete objectives – they are Battle of Okehazama and once you complete that you can start with Sekigahara. You will have the opportunity to choose a clan, or if you wish you can create your own clan and customize it to your liking – as mentioned before, if you have played the previous Samurai Warriors 4-II game you can import your save and play with that base instead. Once you have done that you will need to appoint a strategist that will offer your Daimyo advice on what to do in the next battle. He will offer advice on where to invade and even expand on battle strategy. Listening to the advice of the strategist and the magistrate is a must and will earn you their unconditional loyalty. Obviously by ignoring their advice they are more likely to turn on you. I recommend familiarizing yourself with the game’s various menu’s and use all the info from the tutorial to on to gain a much better understanding of how the game plays.

Once the tutorial ends and you are ready to start your first real scenario, and you can pick a territory to conquer and choose which officers you want to take in battle, as well as their positions. Each map has a time limit, some can be up to 15 minutes, but some maps will be considerably less, but don’t worry because the time limit for each map has been selected to give you some extra minutes here and there in case you need to rework your strategy to maximize your potential. 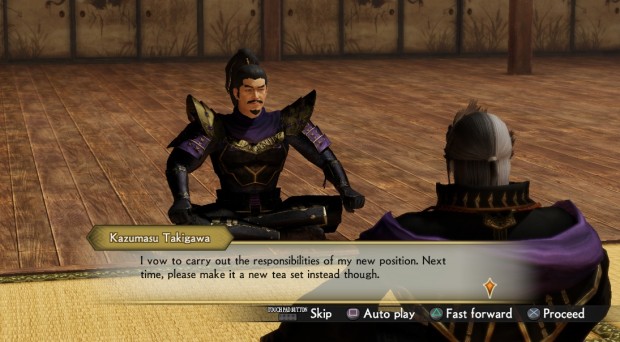 The combat mechanics are identical to Samurai Warriors 4-II, but for those of you new to the series I will explain the combat system. There are two main attacks: the basic attack is the square button and the powerful attack is the triangle button. When the special attack gauge is full you can unleash it with the circle button. You can issue orders to your allied forces, and you can order them to attack outposts, tell them to wait, defend and so on. As with the previous titles the game can be a little on the repetitive side but that is to be expected of a hack and slash game. 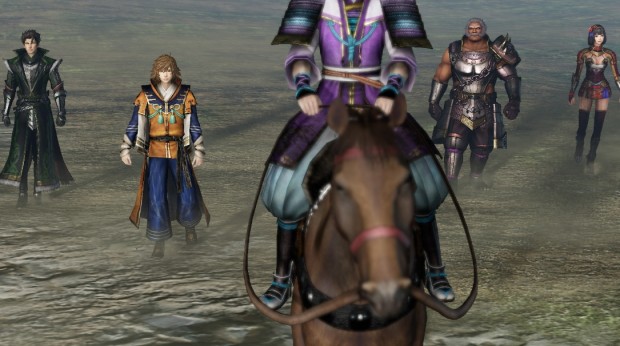 At the end of each map, you capture some enemies, and you have three choices as to what to do with them. You can offer them employment, but some officers will either take or refuse it – in that event you can either release or execute said officer. If you don’t want to offer employment, you can skip a step and choose to release or execute the officers. 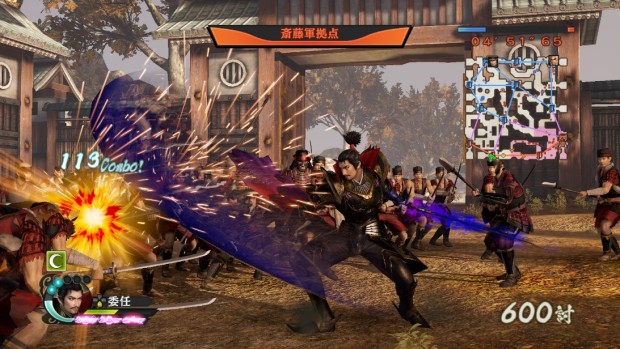 During the politics phase, which takes place once per season, you need to make sure you have the right officers in certain positions for the best possible outcomes so that you have a balanced military, development of resources and so on. You can talk to the Daimyo who is a leader of a clan, and whatever decisions are made and whatever advice is given by the magistrate greatly affects the outcome of the battles. There is a heavy emphasis on decision-making in this latest edition, making it a game with a lot of push for strategy, thinking and planning. 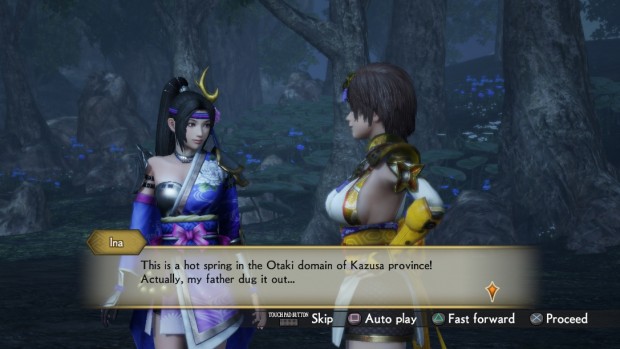 The formations are not available immediately at the start, but they will appear as you progress and it is recommended that you choose a formation before a battle to increase your chances of victory. There are a few formations to choose from such as the Wheel which increases your speed and attacks – formations are an absolute necessity since they can turn the tide of battle. 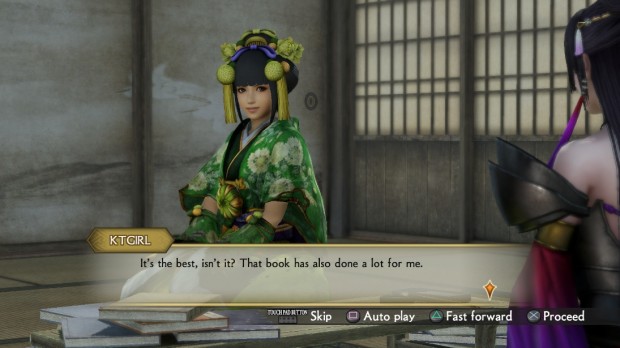 Samurai Warriors 4 Empires also offers other game modes to enjoy. Genesis mode allows the players to customize the available scenarios and create their own game since they are free to make scenarios as easy or as challenging as they like, you can pretty much do as you please with this mode, so create, experiment and play to your heart’s content!

In Edit mode, you can create your own custom characters to use in scenarios to replace historical figures. The Vault allows you to read character biographies, listen to music and play events featuring a huge array of different characters, so that will definitely keep you busy for a while! 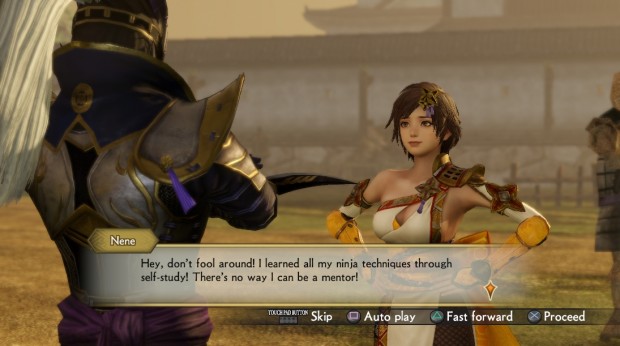 Samurai Warriors 4 Empires is a big and fun game that will greatly please fans of the series and newcomers alike. The roster of historical figures is of around 200 approximately, and there is a lot of choices and decisions to make that can affect the outcome of the game. The graphics are really outstanding and give this game a very polished feel. Kudos to Omega Force and Koei Tecmo America for giving us a very good game on PlayStation 3!

[review
pros=”Huge roster of characters.
Good campaign
Lots of content” cons=”Combat might feel a bit repetitive to some” score=83]

Come Check Out Over 15 Minutes Of Uncharted 4!

Attack On Titan Game Out This Year From KOEI TECMO America!