Aliens Vs. PinballMediaPLAYSTATION Store
No Comments

Aliens Vs. Pinball Coming This Month! 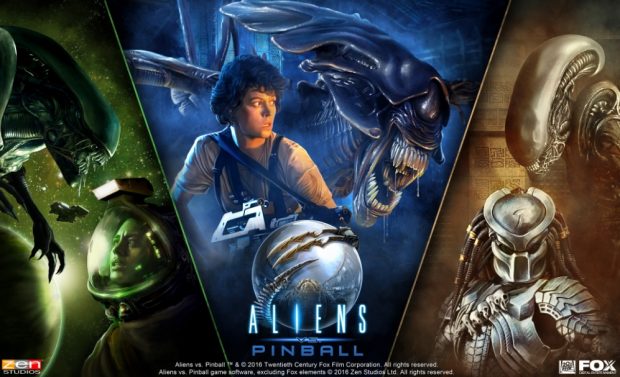 Zen Studios got in touch with us to announce they’re working with Fox Digital Entertainment on Aliens Vs. Pinball! This is an all-new three pack that will contain pinball tables based on Aliens, acclaimed video game Alien: Isolation as well as on the Aliens vs. Predator property.

* Join Ellen Ripley as she confronts her nightmares and help the Colonial Marines rid LV-426 of its Alien infestation in Aliens Pinball
* Watch out for the merciless Alien stalking you on the Alien: Isolation pinball table
* Defeat Xenomorphs and rise in Yautja society on the Alien vs. Predator table
* Original iconic voiceovers and sound effects from films and videogames set in the ALIENS Universe
* Leaderboards, score tracking, exciting social features, and more

The Aliens vs. Pinball pack will be released on April 26, so be ready for our review close to the pack’s launch!