[PS Vita Review] Why You Should Play Drinkbox’s Severed NOW!

I’ve played video games for as far as I can remember. And ever since I started to work as a game reviewer, you can guess that I have played even more games in the last few years! Some of them are fun bit quickly forgotten, but some are truly memorable. Drinkbox Studio’s latest PlayStation Vita game ‘Severed‘ is one of those gems that I’ll recall for many years to come and, after playing it for review, it has now taken a spot in my personal Top 3 Games on the Vita!

Take control of a one-armed warrior named Sasha, wielding a living sword on her journey through a nightmare world in search of her family. Swipe-based touch controls will let you solve puzzles, find secrets, and do battle with a host of disturbing monsters. As the journey goes on, youâ€™ll unlock new abilities, ascend an RPG-style upgrade tree, and tease apart the mysteries of the dark fantasy universe Sasha finds herself in.

This review is spoiler free.

Severed is an adventure / Metroidvania game in which you (Sasha) are looking for the whereabouts of your disappeared family. Finding them won’t be easy, and you’ll have to go through various dungeons, and defeat a lot of enemies and bosses to reach them.

Exploring the world of Severed felt similar to exploring the world of, say, The Legend of Zelda game, or even of name-your-favorite-Metroidvania game, in the sense that you can reach a good part of the entire map early, but some sections are inaccessible until you can unlock them with a special skill. Exploring the world is very easy, and I never felt lost due to the stellar level design. There are a lot of light puzzles scattered everywhere, and most of them were easy to figure out since they are all very intuitive – and we are rewarded for exploring since that’s how we can get upgrades for our character! A very well designed map is also available, so I never felt overwhelmed or lost. 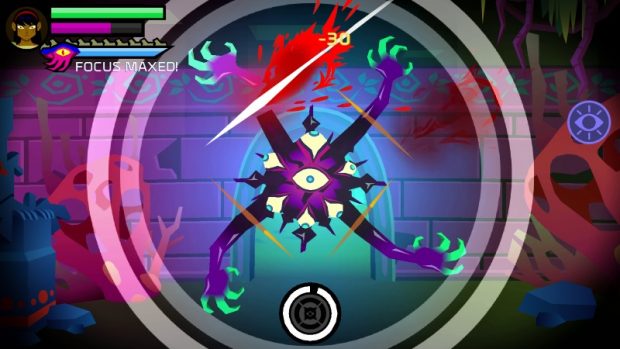 I liked exploring the various dungeons of Severed, and I had even MORE fun fighting all the enemies! Attacking the monsters is done by swiping your finger on the Vita’s screen. Sounds straightforward, right? Well, it gets more entertaining when you discover that the enemies can block your hits, so you have to aim carefully. Each of the enemies (there is around six different enemy types, each with stronger versions as you progress) has its own attack and defense pattern, and figuring them out was part of the fun. They can also charge their attacks, so you can either defuse them by hitting them, or block their stronger attacks with a swipe aimed for their hit. Think the Fruit Ninja basic game mechanics, but on steroids and with a complete enemy rooster. Honestly, it was a blast and every time I lost in a combat, it was because I didn’t figure out how to tackle the enemies. The game is so well designed that even each of the different enemy encounters has been carefully balanced. Oh and did I mention that once you win an encounter, it’s permanently won, and the enemies won’t come back? This was PERFECT for late-game exploration when I was backtracking to find all the hidden treasures that were previously locked. 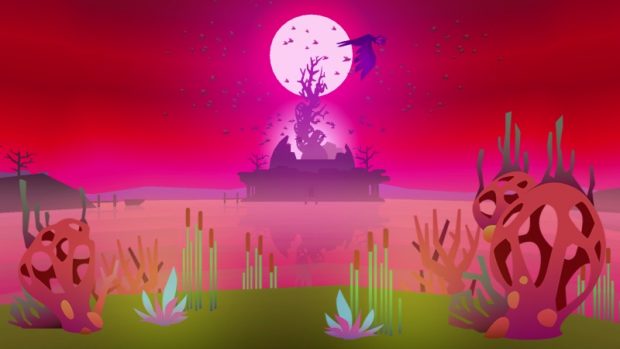 As you strike enemies in each fight and avoid getting your hits blocked, you’ll gain focus. Focusing allows you to strike a little stronger, but its main feature is to allow you to sever limbs from the enemies once they go down. Why would you do that you ask? Well, because the various enemy limbs that can be collected are used for the skills and upgrades that can be applied to the skill tree. Yep, you actually use the enemies pieces to upgrade your own body in this game. The skill tree in itself is very complete and isn’t linear, so you can prioritize which skill you want to upgrade. 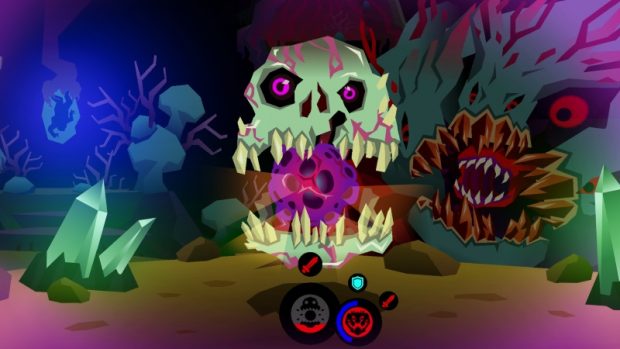 The difficulty of Severed is very fair, and even if you die in combat (which will happen often in the second half of the game), you respawn in the room right before the fight, so it isn’t a big deal. As I progressed through the last third of the game I noticed an abrupt difficulty spike, but it was in fact the game’s way to teach me how to master the different combat mechanics. There aren’t a lot of tutorials in Severed, but the game’s so intuitive that you’ll figure everything out yourself.

How could I review this game without talking about the impressively colorful visual art style, which was very similar to Guacamelee? Every location has its own charm, and the few other characters you’ll meet in the world are all very well designed. The soundtrack was also very good and the battle theme blended well. 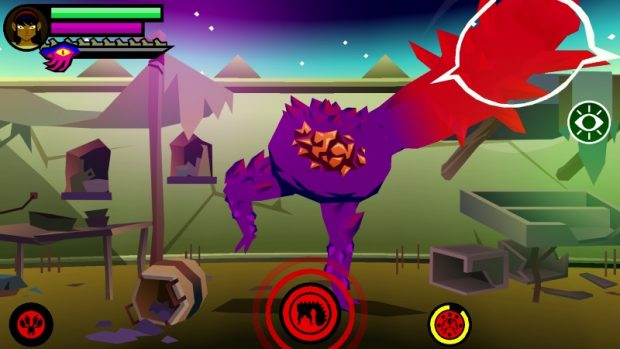 Final Thoughts
Severed is one of the best games I played on the Playstation Vita, period. It features a fantastic world to explore and packs the most entertaining enemy fights I’ve seen in recent gaming memory. A lot of care has been put in this game and the final product shows that this is a very polished product. As for the game length, I achieved the Platinum Trophy in a little less that 8 hours of gameplay, which was perfect for the package.

I already convinced a few of my friends to purchase it today, so don’t hesitate and just play this game, it’s awesome!


This review is based on a digital copy of Severed provided by Drinkbox Studios.

Are You Ready For The Final Uncharted 4 Trailer?

The King Of Fighters XIV Is Coming On August 23!