Layers of Fear from indie developer Bloober Team is a psychological horror game where you are placed in the shoes of a famous painter who is pretty much one step away from going completely insane. Losing his wife and child probably had something to do with it, and now all he has left is his skill to paint.

Before you dive into this review, you might want to check out our interview with Team Bloober for Layers of Fear so that you can learn more about the game’s development.

Layers of Fear takes place inside of a very creepy mansion where lots of weird stuff is going onâ€¦ or is it? Layers of Fear will show us how someone goes crazy after being tormented by fate. Every item you find will be tied to the painterâ€™s life, and he will reminisce about several things he did or said at one point or another. 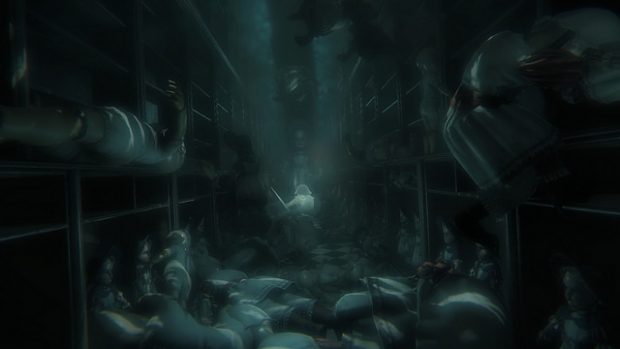 Controls are simple since all you need to worry about is moving around with the left analog stick, and using the R2 button to grab things. If you can interact with something, youâ€™ll be able to move the right analog stick while holding the R2 button in order to open, close or move said object. There are several collectibles in the game, and as you can expect, finding all of them is a requirement for making it possible to get all trophies in the game.

The game’s art style does a great job at setting up a very dark and haunting adventure, because nothing is as scary as inanimate objects that move as soon as you turn, dark hallways where you can hear weird sound in the distant, and doors that start to shake for no reason! But don’t worry, because if you’re easily scared you can “turn down the difficulty,” so to speak, by increasing the game’s brightness! Doing this won’t just make the screen brighter for no reason – as happens with 99% of all games when you fool around with the brightness setting – as the location will actually gain new light sources from the many candles that will lit up to light your way!

There are multiple endings available for Layers of Fear depending on the choices you make during your time with the game. There’s a ton of discussions online about what exactly triggers some of the endings because people seem to be getting them by making different choices here and there, and Bloober Team has only given a couple of hints about what needs to be done for each of the endings, so I suggest you just focus on enjoying your first run with Layers of Fear and focus on the other endings after this so that the game isn’t spoiled for you. 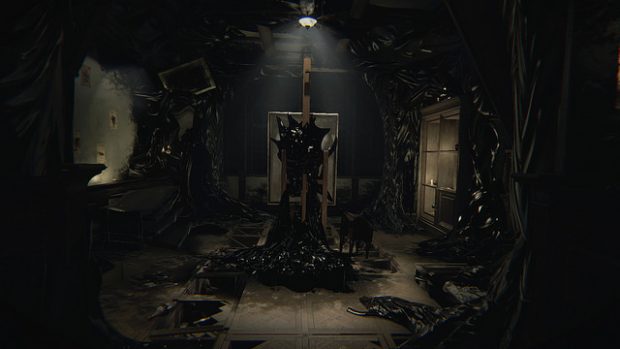 Layers of Fear is a very polished horror game where the more you explore, the crazier things get. Walking around this big and weird mansion will keep you busy for several hours, and the different endings add some extra replay value to the game. I would have liked it to have a Platinum trophy, but that’s definitely not a dealbreaker. Kudos to Bloober Team for releasing a very entertaining horror game on PlayStation 4!

Disclaimer
This review is based on a copy of Layer of Fear provided by Bloober Team.

MeiQ: Labyrinth of Death Coming To PS Vita This Fall!

[Beyond PlayStation] Demongeon Coming To Wii U