SMITE is a Free-To-Play 3rd person online multiplayer battle arena (MOBA) release currently in Beta on PS4, meaning it is not the final finished product. The game will see changes to gameplay periodically thanks to player feedback, and the final and finished game will release as a full blown Free-To-Play title later in the year. There’s just so much to talk about this game that this review-in-progress will be split into two parts!

In SMITE, players take control of one of the several mythical gods and take part in multiplayer maps using abilities and team tactics as they fight against other player-controlled gods and AI minions that spawn with them. SMITE is a five vs. five team-based game where you can pick your chosen god and as you progress you can level up your god to gain new skills. The ultimate goal is to kill the other team’s Titan for victory.

Both teams start the game on opposite sides of the map at their fountains – the fountain acts as your pit stop where you can buy stuff, learn skills, and respawn when you die. At the start of a map, they are given some start-up in-game currency to buy items such as mana potions and healing potions, but you can also earn extra income during battle by defeating enemies. 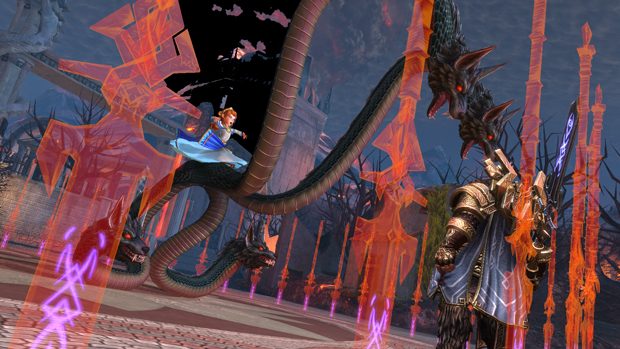 The map will have phoenixes and defensive towers on opposing sides of the map, so if you stay on your side of the map and allow enemies to come to you phoenixes and towers will protect you and damage the opposing side, and if you get too close to the opposing side’s towers and phoenixes they will shoot at you… unless you can take them out! When you arrive at the end of the map you will face a titan who deals incredible amount of damage – defeating him wins you the map.

Each team will have AI minions, but I warn you they are considerably weaker and deal far less damage. The good news is they respawn every minute or so, which means you can afford to step back when you are low on healing potions or return to your fountain for a quick heal up before going back to finish off the towers. If things go wong on a map, you can choose to surrender, but all players must agree – it may be necessary to surrender on occasion to regroup and talk about new tactics. The difficulty of the game is not easy, so it is not suitable for the casual market and is certainly geared towards the hardcore community.

During the tutorial stages, it can appear difficult because you can’t plan anything with the AI team and each character just dives in and deal the damage he/she wants. The AI is not bad, but it is no way better than having human players on your team. 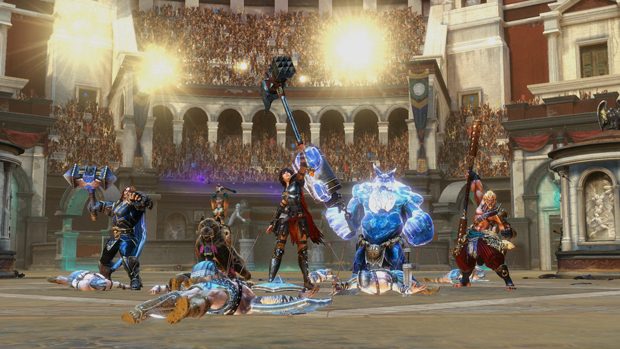 As for the gods in the game, we have Odin, a powerful god from the Norse mythology who is in the Guardian class as he is a powerful melee user and with decent leveling up he can deal a lot of damage. Then we have Poseidon, who is a well-known god from the Greek Mythology, who is in the Mage class, with the awesome Tidal ability. There is also Sun Wukong who is a god from the Chinese Mythology known as the Monkey King – he is in the Warrior class because he possesses superior strength and can deal massive damage with the correct build. This is just a small taste of the many characters you’ll be able to control, an even though they’re all free, they’re available in a rotation every week, so you won’t be able to play with your favorite unless you purchase a pack that unlocks all gods along with some extra goodies.

Come back tomorrow for part two of our take on SMITE! 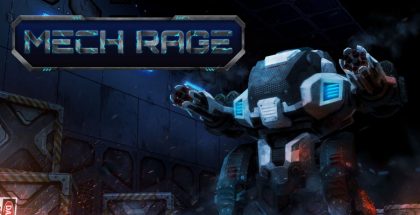