There’s plenty of Droid action in this character pack, as stated by TT Games:

As you can see from the video, these Droids are a cool bunch and should be familiar to many Star Wars fans. For starters, we have R5-D4 (or â€œRedâ€), a lesser-known but important astromech droid to join your galactic quest. For the super fans, this is the droid that Luke Skywalker purchased in the original Star Wars film instead of R2-D2 until a malfunctioning motivator set into motion all of the events we now know to have shaped the Star Wars galaxy!

Alongside R5, we have IG-88, the chrome bounty hunter droid fans will remember from Star Wars: Episode V â€” The Empire Strikes Back who carries with him a unique heavy blaster rifle, capable of tracking down his foes. 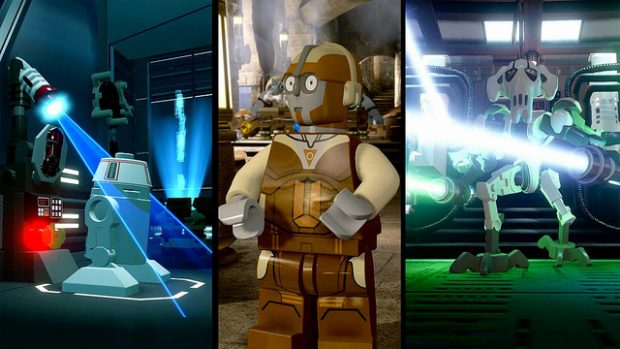 And that’s just a small taste of all the Droids in this LEGO Star Wars: The Force Awakens pack! Have you pre-ordered the game on PS3 or PS4? What are you most looking forward to with this release? Let us know in the comments below!