Unepic is a 2D RPG with a hint of Metroidvania. The game is highly addictive, and it kept me pushing hard until the end, searching high and low for all the loot I could get. Come read our Unepic review to learn more about this very fun game!

Unepic begins with our main protagonist Daniel having a few beers and playing a table top game. He then goes to the bathroom, when suddenly the lights go out. While in the dark, he tries to find the light switch but, to his surprise, he is no longer in the bathroom. It turns out he is now inside of a huge dark castle! Once Daniel get’s his bearings, he tries to find his way back home. Lighter in hand, you decide to explore this huge location for clues. You will have to light up all the candles, lanterns, and lamps in the castle at each section as you go, so don’t forget to do so every step of the way! 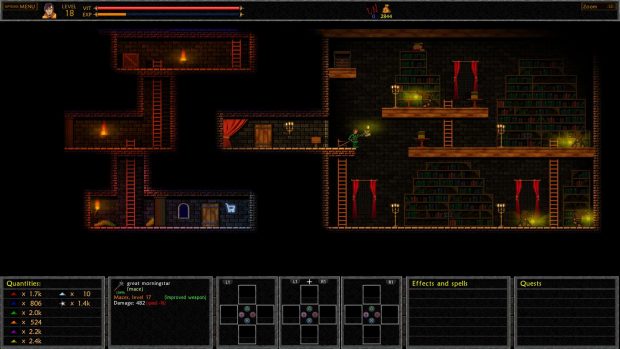 After a few minutes, Daniel meets an evil spirit who tries to possess him. Zera, the spirit, ends up getting trapped inside Daniel’s body, unable to do anything except talk. Zera figures out that the only way to be free is if Daniel dies, so he tries as much as possible to get Daniel to kill himself.

Daniel can use a variety of weapons such as swords, maces, spears, axes and more. Each weapon has its own strengths and weaknesses, and you will also come across much better weapons as you explore the castle. Some weapons will come with abilities attached to them, like the always handy “recover hit points with each kill,” so be sure to balance your weapon set so that you’re ready for any situation!

On his quest, he will come across a variety of enemies like wizards, snakes, worms, and ants, to name a few. Daniel can do quick work of these with a weapon of your choice, and later on he can also use magic, which will be ideal for long range attacks and bosses.

There are plenty of quests to complete during your adventure, and, since the castle is huge, finding the NPC that provides you with a quest is a quest in itself! The one advice I can give you is that you don’t sell anything, because some items might be used in a quest later on, which I had to learn the hard way! 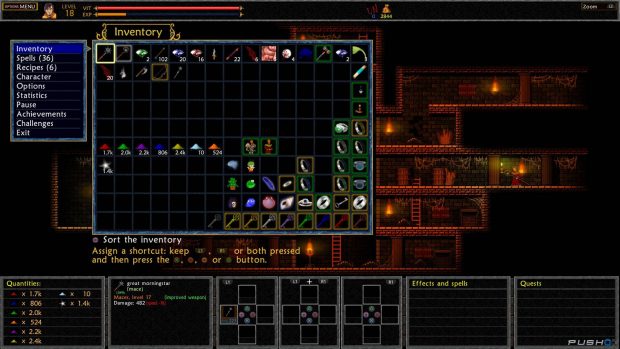 The map can be viewed using the touchpad on your DS4, and it is completed as you enter new areas. The arrow pointing up or down on the map means you can go a square above or down if the way is unlocked, and the areas where you’ve lit all candles or other light sources will shine bright on your map as well.

Unepic has RPG elements, and that means Daniel can earn EXP as he kills his enemies. When he has gained enough he will level up and oyu’ll be able to distribute points to the various weapon skills at your disposal, as well as to increase your hit points. Leveling up also opens the way to using new weapons that are always better than anything you might have from a lower level. 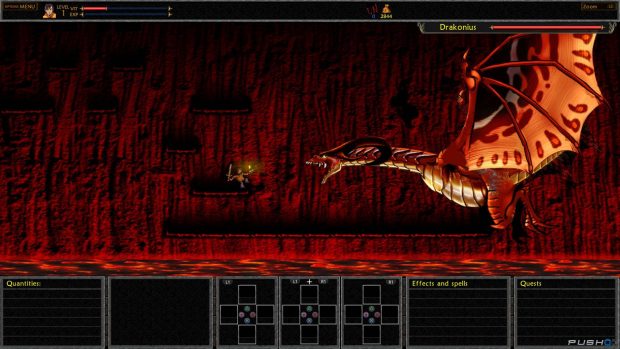 Something I really like about the game is the ability to change the screen format. At first, I found the game to be way too small since I could barely see the action on my TV, but then I accidently pressed the L2 button and the screen just zoomed in! So I sat back on my sofa comfortably playing the game with the zoomed view.

Overall Unepic is a very fun and entertaining release that will keep you busy for dozens of hours as you explore every corner of the castle. As a release from a one-man team, this is an outstanding game that you have to play on your PlayStation 4. I really enjoyed playing for my Unepic review, especially since the game has a full trophy count with a Platinum!

New Flash Sale For June Is Live On PSN!