Garou: Mark of the Wolves Coming To PS Vita And PS4!

One of the best fighting games ever will soon be available on PlayStation Vita and PlayStation 4. That’s right, Garou: Mark of the Wolves from SNK PLAYMORE will be making its way to Sony consoles as a cross-buy release! This particular version is being developed along with Code Mystics, Inc. Once ready, the game it will include cross play functionality as well as online multiplayer. 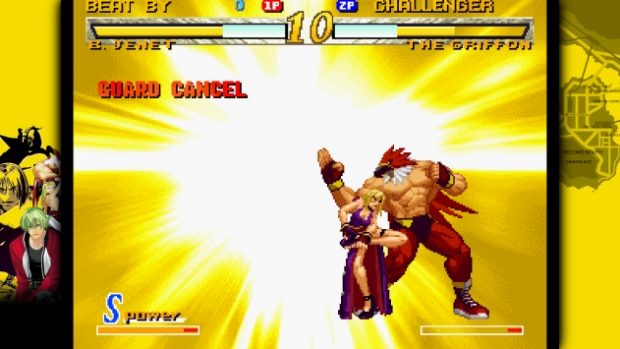 With this year being the 25th anniversary for the Fatal Fury series, the release of Garou: Mark of the Wolves makes a lot of sense. Bringing this Neo Geo classic to Sony’s current home console and portable is the perfect way to pay homage to a series that is beloved by fighting game fans.

SNK PLAYMORE had his to say about the game’s online gameplay:

For this title, we at SNK have decided to adopt Code Mysticsâ€™ proprietary netcode once again, which was used on our previous Neo Geo classic The Last Blade 2 and received praise from both fans and the press. The team in Vancouver is doing a fantastic job on Garouâ€™s online multiplayer, giving new life to a legendary fighting game classic and ensuring the online gameplay brings SNK fans and series newcomers a great experience similar to the good olâ€™ days in the arcades.

We’re very much looking forward to hearing more about the game’s release on Sony hardware, and we’ll be sure to share any new information with you as soon as it is available.